Chancellor Angela Merkel is away on holiday and Foreign Minister Frank-Walter Steinmeier, the Social Democrat nominee running against her in the Sept. 27 general election, is trying to seize the limelight to score much-needed points with prospective voters. 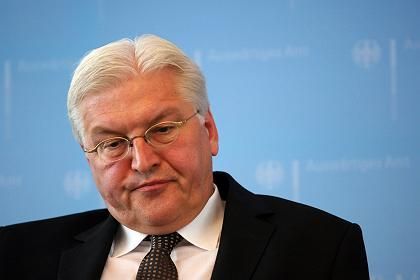 Frank-Walter Steinmeier has a mountain to climb in ther election campaign.

He will present his campaign team on Thursday after a meeting of the center-left party's leadership to discuss how to close what looks like a hopeless gap of more than 10 points to Merkel's conservatives -- the SPD's partner in an uneasy grand coalition -- in opinion polls in the less than two months remaining until the election.

Unfortunately for Steinmeier, the SPD's campaign launch looks set to be overshadowed by ugly headlines about German Health Minister Ulla Schmidt, an SPD member, who faces damaging accusations that she wasted taxpayers' money by using her official limousinewhile on holiday in Spain.

These are difficult days for the venerable SPD, mired at just 24 to 26 percent in opinion polls. The party has done great things for Germany -- formed in the 19th century, it fought for workers' rights, steadfastly resisted Hitler, spearheaded Cold War rapprochement under the Ostpolitik of Willy Brandt and pushed through the biggest welfare reforms since World War II under Former Chancellor Gerhard Schröder's Agenda 2010.

But despite its achievements, the SPD is in trouble because it no longer has a coherent message for voters, say media commentators.

The party is in decline -- some say terminal decline -- because its credibility as an advocate of the working classes and social justice has been eroded by the deeply unpopular but effective welfare cuts under Schröder in 2003 and 2004, and by the last four years wedded to Merkel's conservatives in an unhappy grand coalition.

Steinmeier is another problem, say commentators. The career civil servant turned foreign minister, is a pragmatist who lacks the necessary spark to fire up supporters, they say.

"From today's point of view it seems unimaginable that Steinmeier will be chancellorThe new team of candidates won't solve the overriding problem of the party and of its candidate. It can be summed up in one single question: Why should anyone still vote for the SPD?"

"Yes, it's an unfair question, and not just from the Social Democrats' point of view. After all, they have made historic achievements in government. The Ostpolitik of Chancellor Willy Brandt, the achievements of Helmut Schmidt in economic policy and international disarmament, although those weren't acknowledged by his own party at the time; Gerhard Schröder's unloved Reform Agenda 2010; the crisis management last year. But elections don't honor the achievements of the past. There's no pity vote, no act of charity to spare the Social Democrats from going into opposition where they might actually lose their status as a people's party."

"The SPD lacks clear, easily understandable messages. It is conveying the message that a coalition of the CDU (Merkel's Christian Democrats) and FDP (the pro-business Free Democrats) must be prevented. But people don't understand what the SPD would do better than the other parties. That may partly be because they don't have the courage to spell things out."

"The SPD candidate could score points if he were to state openly how he plans to repay the billions in public debt. Most Germans already expect the government to cut spending and hike taxes in the next term. In their fight against Angela Merkel, an expert at political anesthesia and deception, Steinmeier and his party could profit from such openness. After all, they've scarcely got anything to lose."

"The party strategists have tried so hard to make sure that their election campaign launch this week will go off without a hitch. And now this: Health Minister Ulla Schmidt's official limousine is stolen, burdening the campaign with a classic misfire. Her cabinet colleague Olaf Scholz (the Labor Minister) can promise as many improvements for the elderly and unemployed as he wants, and chancellor candidate Frank-Walter Steinmeier can shine as much as he wants while the Chancellor's on holiday -- Schmidt has all the headlines, and they're very bad."

"The accusations against her are sticking because the SPD has an image problem when it comes to social justice. Ever since Gerhard Schröder pushed through the labor market reforms, the party's voters don't really trust its claim to represent the poor. . Steinmeier exacerbates the problem. He's a pragmatist through and through, and the career civil servant lacks the fire to be able to persuade skeptical voters."

"If Ulla Schmidt wants to contain the damage to her party, she should quickly concede her mistake, even if that mistake may simply have been a lack of sensitivity. A good opportunity for that will come up this Thursday. She should present herself to the public together with Steinmeier after the conference of the party leadership: as a member of the election campaign team."

"Is the election campaign over before it even started? Anyone who believes that is ignoring the most important political players -- the voters. Many voters don't know yet who they're going to cast their ballots for on Sept. 27. That's why today's opinion polls say nothing about tomorrow's election result."

"As a reminder: Two months before the last general election the conservatives and FDP also had 50 percent. But on election day it was just 45 percent. And the SPD, which had already been written off, almost emerged as the strongest party."