The skulls of 20 indigenous Namibians killed more than a century ago are set to be handed over to a delegation from the African country in Berlin this week -- and the solemn ceremony could be the first of many as Germany reflects on its colonial past.

After exhaustive research into their origins, the skulls -- 11 from members of the Nama tribe and nine from the Herero people -- will be returned to Namibia, which was known as German South West Africa from 1884 to 1919.

The Namibian embassy in Berlin will hold a memorial service led by the head of the Evangelical Lutheran Church in Namibia, Bishop Zephania Kameeta, at St. Matthew's Church on Thursday. The next day the official handover of the remains will take place at the Charité Hospital, where they have been stored at the Berlin Medical Historical Museum.

A massive research effort was undertaken there as part of a "reconciliation" in response to requests from the Namibian government for the repatriation of the remains, a spokeswoman there told SPIEGEL ONLINE.

Scientists at Charité have spent months examining the skulls to determine their origin. "The tribal authorities asked Charité to provide information with as much detail as possible; the sex, any signs of disease and origin," the spokeswoman said. Specific cultural features, such as filing to make teeth sharper, helped identify the remains as belonging to the Namibian tribes.

Dr. Andreas Winkelmann, a lecturer in anatomy, is one of the co-leaders of the project which has been carrying out research on the skulls. He and his team have used both anthropological and historical research to find out more about the skulls: "You can't say where skulls are from just by looking at them, but you can tell how old the person was, whether they were male or female, and whether there was signs of disease. It's a kind of puzzle of various bits of information. In this case, we can say with enough certainty that they are from Namibia, and that they are from the period of the colonial war of 1904-1908."

The story of how the remains came to be transported back to Germany is horrific. They belonged to the victims of German colonial troops, killed mercilessly following a Herero uprising in January 1904 which left 123 Germans dead. After the decisive Battle of Waterberg in August 1904, the Herero fled into the desert towards Botswana, pursued by German troops. Thousands were killed as they fled; out of a reported 80,000, only around 15,000 reached the neighboring country. The massacre is considered to be among the first genocides of the 20th century.

In October 1904, the German commander in Namibia, General Lothar von Trotha, gave his infamous order to kill any Herero, armed or not, found within the limits of German colonial territory. The skulls in Berlin, which mostly came from Herero who had died in prison camps, were sent back to Germany for supposed scientific studies aimed at underpinning the doctrine of racial superiority of Europeans over Africans.

"At the time, they viewed the skulls not as human remains but as material with which to investigate and classify race," the Charité spokeswoman said. "There was injustice. From today's standards, this was not right. Period."

There were also grisly reports that the widows of those killed were forced to use shards of glass to strip away flesh from the skulls to prepare them for transport. "This has been reported in various instances, but this was not true for the skulls we received," the Charité spokeswoman said. "They were in formalin, a preservation solution. This horrible thing didn't happen to them."

Tip of the Iceberg?

"For us it means the return of our relatives, grandmothers and great-grandfathers," said Ida Hoffman, a member of a committee preparing the trip and a speaker of the aboriginal Nama language. The Nama rebelled against the Germans around the same time the Herero did, suffering a similar fate.

Hoffman has also expressed the hope that the skulls of the Germans shot by Nama Chief Cornelius Frederick could be found. His great-grandson David Frederick is also a part of the delegation, along with Chief Alfons Maharero, a direct descendent of Herero leader Samuel Maharero, who led the uprising which lasted from 1904 to 1908.

The remains are due to be flown back to Namibia on Oct. 4, with a state memorial service to be held in the capital Windhoek the following day. According to The Namibian, the remains will then be stored at the National Museum of Namibia.

"We are finally bringing our ancestors and heroes back home," Herero Chief Kuiama Riruako told news agency AFP before leaving Namibia. "We will perform traditional rites as we arrive on German soil Monday morning and when we receive the skulls."

But this repatriation, whilst a significant event, could be just the beginning of similar actions. There are thousands more skulls at Charité, and many more across Germany -- the anthropologists sent to collect them transported the skulls to whatever institution they were working for. The University of Freiburg, for example, is also reportedly researching skulls in its possession that could also form Namibia, where they may also be returned.

And Africa was not the only source of skulls sent to Germany in the past -- Australian scientists have been working with Charité to identify the geographic origin of possible Aboriginal skulls. This, in turn, could also lead to their return home.

Anatomy lecturer Dr. Andreas Winkelmann estimates that Charité alone has about 7,000 skulls in its possession, spread over a large number of different collections and from a wide variety of time periods and geographical locations. "This project has another year of funding left, and by that time we hope to have looked into all possible Namibian and Australian skulls, and maybe other bones as well," he added. 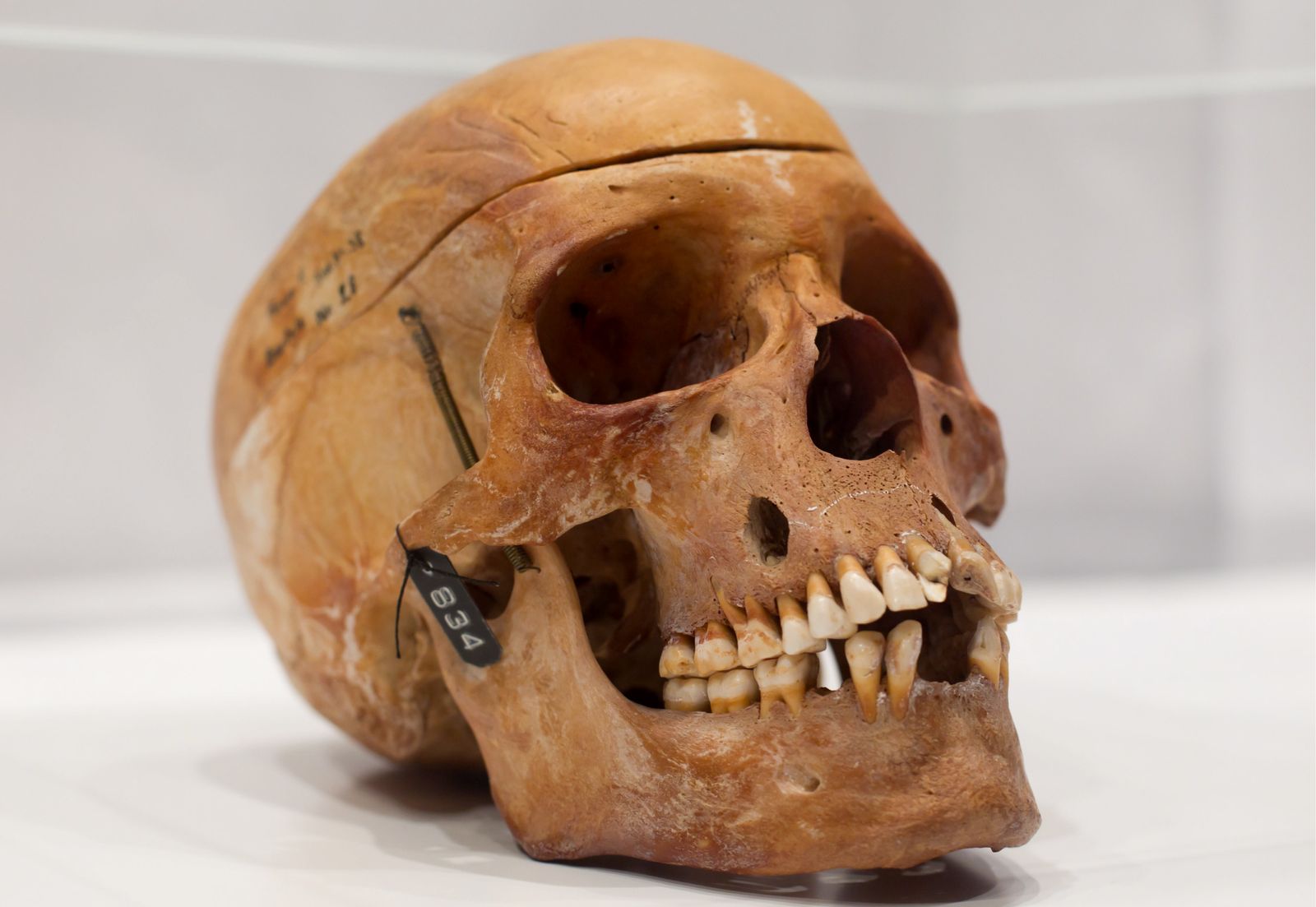 One of the Herero skulls identified at Berlin's Charité Hospital.