Christian Wulff, Chancellor Angela Merkel's candidate for the post of president, won a third and final round of voting in the Federal Assembly on Wednesday but his failure in the first two rounds is likely to have done her lasting damage.

The election was billed as a test of her authority and rebels in her center-right coalition dealt her a stinging blow by refusing to hand Wulff the absolute majority he needed to win in the first two votes in a tense afternoon that will overshadow the rest of Merkel's term.

In the third round, Wulff only required a simple majority. But in the end, he won an absolute majority of 625 votes -- a result that voters had withheld all afternoon. Wulff's rival for the presidency, Joachim Gauck, a popular former civil rights activist from eastern Germany, got 494 votes.

The other two candidates, Luc Jochimsen of the far-left Left Party and the far-right NPD's Frank Rennicke, both withdrew from the final round of voting. There were 121 abstentions -- most of them Left Party delegates -- and 2 spoiled votes.

Addressing the assembly after his election Wulff said he was pleased in the end to have won an absolute majority and said he looked forward to a role "full of responsibility." "I will make every effort to meet your expectations," he told the Federal Assembly and thanked his opponent Gauck.

Wulff will be sworn in on Friday at a joint sitting of the Bundestag and the upper legislative chamber, the Bundesrat.

The Federal Assembly includes all members of Germany's federal parliament, the Bundestag, as well as an equal number of delegates sent by the country's 16 states. Nominally, Merkel's coalition of conservatives and the pro-business Free Democrats commands a comfortable majority of 644 seats out of 1,244 in the Federal Assembly -- 21 more than required for an absolute majority.

Her failure to capitalize her lead -- with at least 44 coalition delegates refusing to back Wulff in the first round and 29 in the second -- exposed deep divisions and resentment in her ranks after months of in-fighting and setbacks that have led to a slump in opinion polls for the ruling parties. The rebellion has triggered speculation that her days as German chancellor may be numbered.

Gauck had been nominated by the opposition Social Democratic Party (SPD) and the Greens, and was widely regarded as a more inspiring choice than Wulff, a conservative regional governor whom Merkel had picked mainly to pacify her increasingly restless party.

Opinion polls show a majority of Germans would have preferred Gauck, 70, a former Protestant pastor who campaigned against the East German regime in 1989 before the fall of the Berlin Wall.

Critics said the election has been hijacked by party political interests and that delegates had not been truly free to pick the candidate they really wanted. Several members of Merkel's coalition had said in recent weeks they would prefer Gauck because his personal history gave him a powerful message of freedom and democracy for Germans.

Merkel needed Wulff to win to underscore her leadership following a steep decline in her popularity since her re-election last September due to acrimonious rifts in her coalition, criticism of her handling of the euro crisis and anger at an €80 billion ($97 billion) austerity program that even some members of her own party regard as socially unjust. 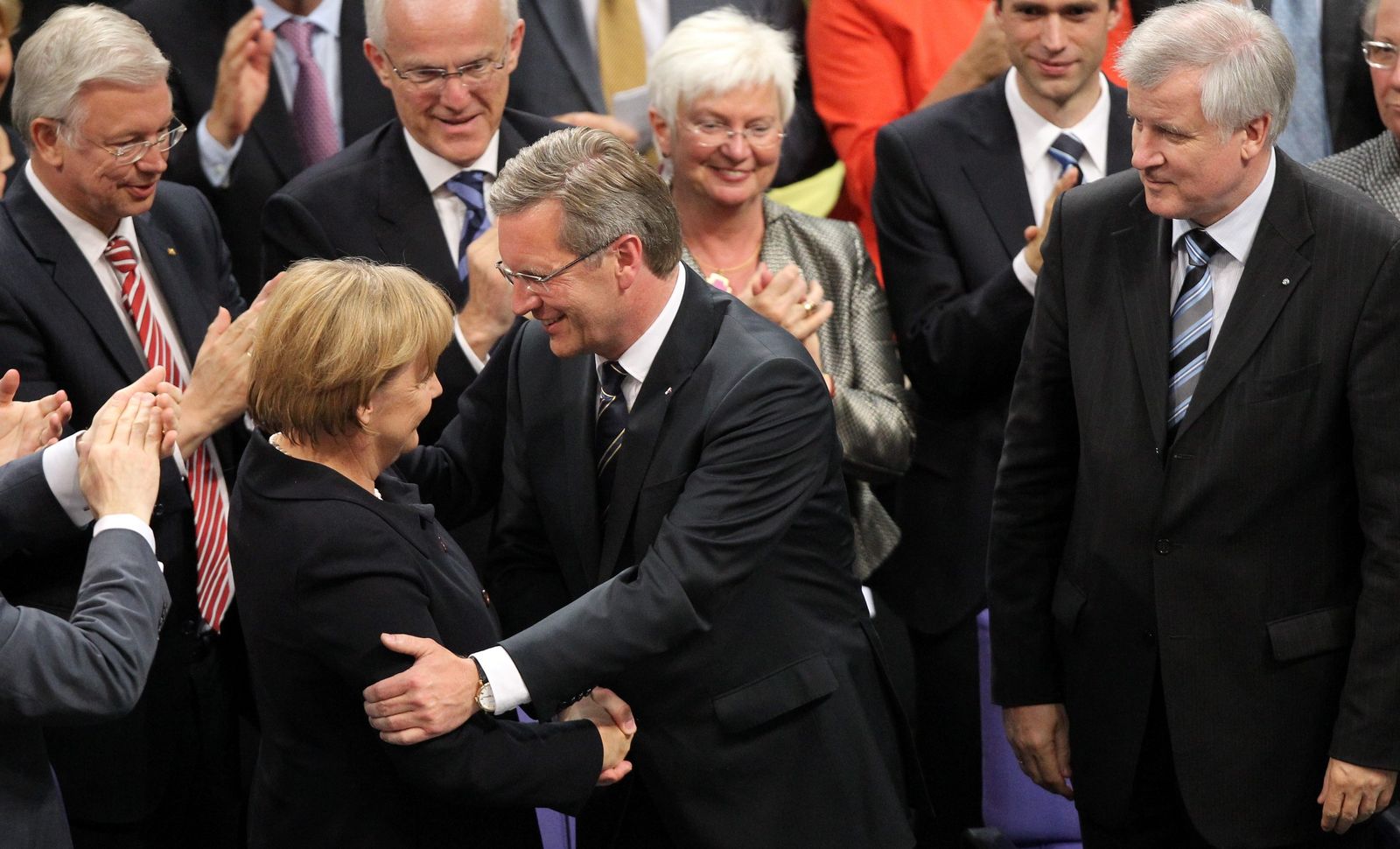