According to information obtained by German security authorities, al-Qaida and associated groups are believed to be planning an attack on the Reichstag building in Berlin, the headquarters of Germany's parliament and also an attraction visited by thousands of tourists every day. As part of the attack, terrorists would seek to take hostages and perpetrate a bloodbath using firearms.

The information about the alleged plans came from a jihadist who is currently abroad and has reportedly contacted the German Federal Criminal Police Office (BKA) several times in recent days. The jihadist apparently wants to abandon the group. The information provided by the jihadist informant was apparently the reason behind German Interior Minister Thomas de Maizière's decision to hold a press conference on Wednesday warning of an imminent attack in the country.

According to the caller, the terror cell is comprised of six people -- two of whom are believed already to have traveled to Berlin six to eight weeks ago, and are now staying in the city. Four other perpetrators -- a German, a Turk, a North African and a further man the jihadist could not identify -- are currently waiting to travel to Germany. The attacks are purportedly being planned for February or March.

The second warning backing de Maizière's concerns came from the United States. The US federal police, the FBI, sent a cable to the BKA two weeks ago noting another possible further attack. A Shiite-Indian group known as the "Saif," or sword, is believed to have engaged in a pact with al-Qaida and to have sent two men to Germany to carry out an attack there.

Both were believed to be traveling to the United Arab Emirates on Nov. 22, where they would be supplied with new travel papers so that they could continue on to Germany. The suspects allegedly already posess visas for Europe's Schengen zone of visa-free travel. The FBI has named Mushtaq Altaf bin-Khadri as the man behind the attack plans.

The man believed to be trying to smuggle the would-be terrorists into Europe is 54-year-old weapons dealer Dawood Ibrahim, who the United Nations believes is a major backer of terrorism. He is considered to be one of the men behind the terror attacks perpetrated in Mumbai in November 2008. The FBI and Germany's BKA both consider the message to be extremely important. However, the US foreign intelligence service, the CIA, and both the German foreign intelligence service, the BND, and its domestic counterpart, the Office for the Protection of the Constitution, are skeptical. 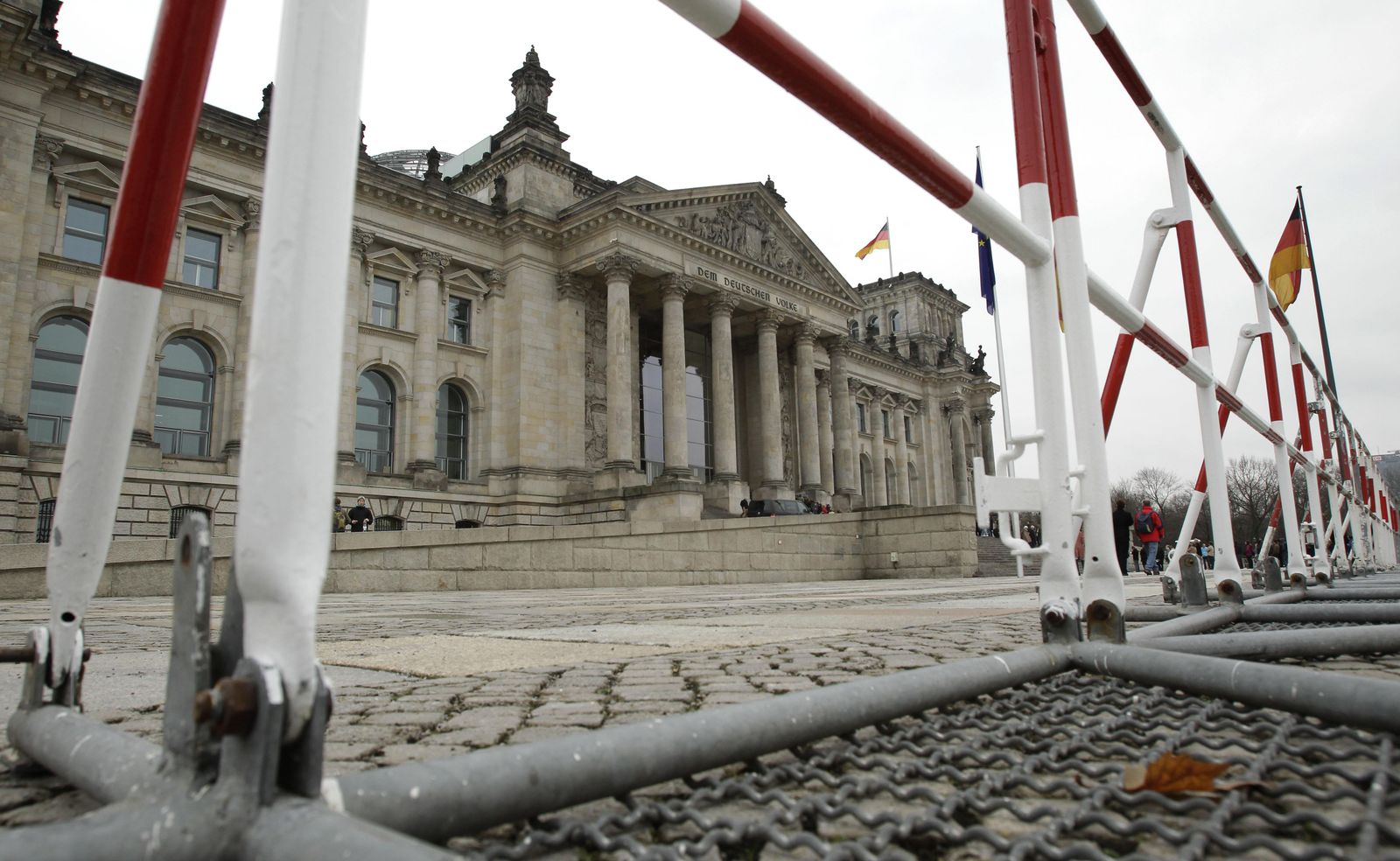 Officials erected crowd barriers in front of the Reichstag building this week after the German interior minister put the country on alert for terrorism on Wednesday.