A circus show ended in a near tragedy on Tuesday after a group of tigers mauled their own trainer.

The animal tamer was attacked and seriously injured by his own tigers during a "dinner circus" show in Hamburg's Hagenbeck Zoo. 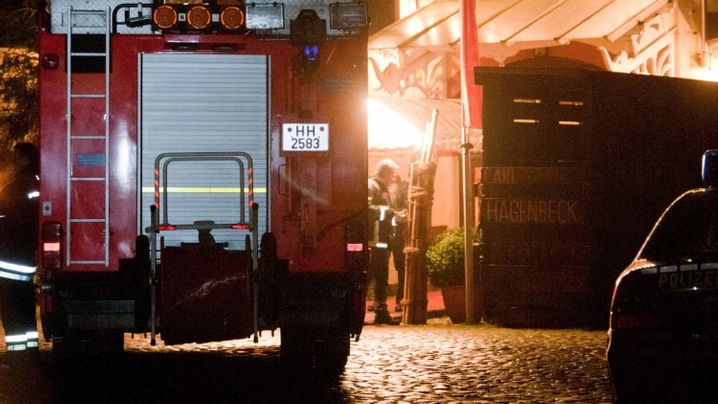 Around 150 guests had just started their four-course meal when the 28-year-old Christian W. stumbled and lost control of five Bengali tigers.

Three of the animals then jumped on their trainer. The big cats bit into his head and upper body, and he lost part of his left hand. Some of the circus team managed to push the animals into a corner using water jets and fire extinguishers, and then got them back in their cage within seconds.

Two doctors who happened to be in the audience treated the man and the hall was evacuated. Two of the guests were treated for shock at the scene.

Christian W. had raised two of the tigers by hand but it is not yet clear if they were among the three who attacked him.

The director of the show, Stefan Pagels, described the incident as a "tragic accident." In a written statement he said that it had not been a "malicious attack." "An accident is unfortunately always possible in cases of special performances, whether it be animals, trapezes or high wire," he wrote. Pagels said that the animals just wanted to "play" with the trainer. "Unfortunately, the thin skin of people is not suited to these kinds of playful attacks."

A police spokesperson said the incident seemed to be a "workplace accident."

The ensemble, which has been appearing at the zoo since 2004, had already decided on Tuesday night to continue the circus performances under the old motto: "The show must go on."

The only exception -- there will be no tigers performing in the show.