One might think that German Chancellor Angela Merkel would be enjoying her summer vacation. Fifteen days off, a bit of hiking in northern Italy, sleeping in late -- all at a time when Germany's improving economy has the country filled with optimism.

And yet, not all is well in the House of Merkel. Even as Germans are pleased with the fact that their economy has bounced back so well from the economic downturn, they are not at all happy with Merkel's governing coalition. For months, surveys have shown falling support for her conservatives, with poll results dropping even faster for her coalition partners, the business-friendly Free Democrats (FDP). A new poll now shows that Merkel's government only enjoys the support of a mere 36 percent of German voters.

Perhaps even more surprising, however, is that, after years of wandering in the opinion poll wilderness, the center-left Social Democrats are back. Not only are they neck-and-neck with Merkel's conservatives -- with each party having 31 percent support -- but were they to combine forces with the Green Party, as they did from 1998 to 2005 under Chancellor Gerhard Schröder, they would have enough to form a majority in Germany's parliament, the Bundestag.

For the moment, of course, such numbers are relatively meaningless. The next general elections aren't scheduled until 2013, and a lot can happen before then. But the survey, released on Thursday evening, shows that Merkel's government has managed to fritter away substantial electoral support in a remarkably short amount of time.

Just last September, when Germans went to the polls for the country's most recent general elections, Merkel's conservatives together with the FDP secured 48.4 percent of the vote, easily enough to form a government. Since then, the coalition -- one which many thought would rule in center-right harmony -- has been consumed by bickering. Indeed, while Merkel's Christian Democrats have lost some support, it is the FDP which has plummeted. After receiving 14.6 percent of the vote 10 months ago, Thursday's poll showed that a mere 5 percent of Germans would vote for the party now. Some recent surveys have even shown that the party would have trouble jumping the 5 percent hurdle necessary to take seats in Germany's parliament.

Much of that drop in support has been well earned. The FDP spent its first months in the government demanding hefty tax cuts at a time when Germany was facing a deep budget deficit as a result of the financial crisis and resulting economic downturn. FDP head Guido Westerwelle, who is Germany's foreign minister and deputy chancellor, was particularly adamant about the need for tax cuts. When Merkel ultimately decided against immediate tax reform, the egg on Westerwelle's face was difficult to ignore.

Health care reform has also damaged the FDP, with the party having lost its fight for a per capita payment system for the time being. Health Minister Philipp Rösler is a member of the Free Democrats. Merkel's conservatives and the FDP also had trouble getting their candidate for German president, Christian Wulff, elected at the end of June. He only managed to get through on the third ballot following significant numbers of coalition defections in the first two rounds, cementing the image of a fraying partnership.

The Social Democrats and the Greens, for their part, are doing their best not to crow too loudly over the new poll results. The SPD has spent years emphasizing that only elections count -- a result of their own visit to the depths of survey hell. It was only two years ago that the SPD bottomed out at just 20 percent support.

SPD head Sigmar Gabriel told the Berliner Zeitung on Friday that the poll results said less about the SPD and the Greens than they did about the "catastrophic work" of Merkel and Westerwelle. SPD floor leader Frank-Walter Steinmeier said "Germans are apparently tired of this government and their constant bickering."

The Greens, whose poll results in recent weeks have been the highest in the party's history, are likewise wary of euphoria. Still, in an interview with SPIEGEL ONLINE, Green floor leader Jürgen Trittin said: "Given the state of the current government, I think we are well on the way to getting rid of Merkel's coalition."

With reporting by Florian Gathmann and Veit Medick 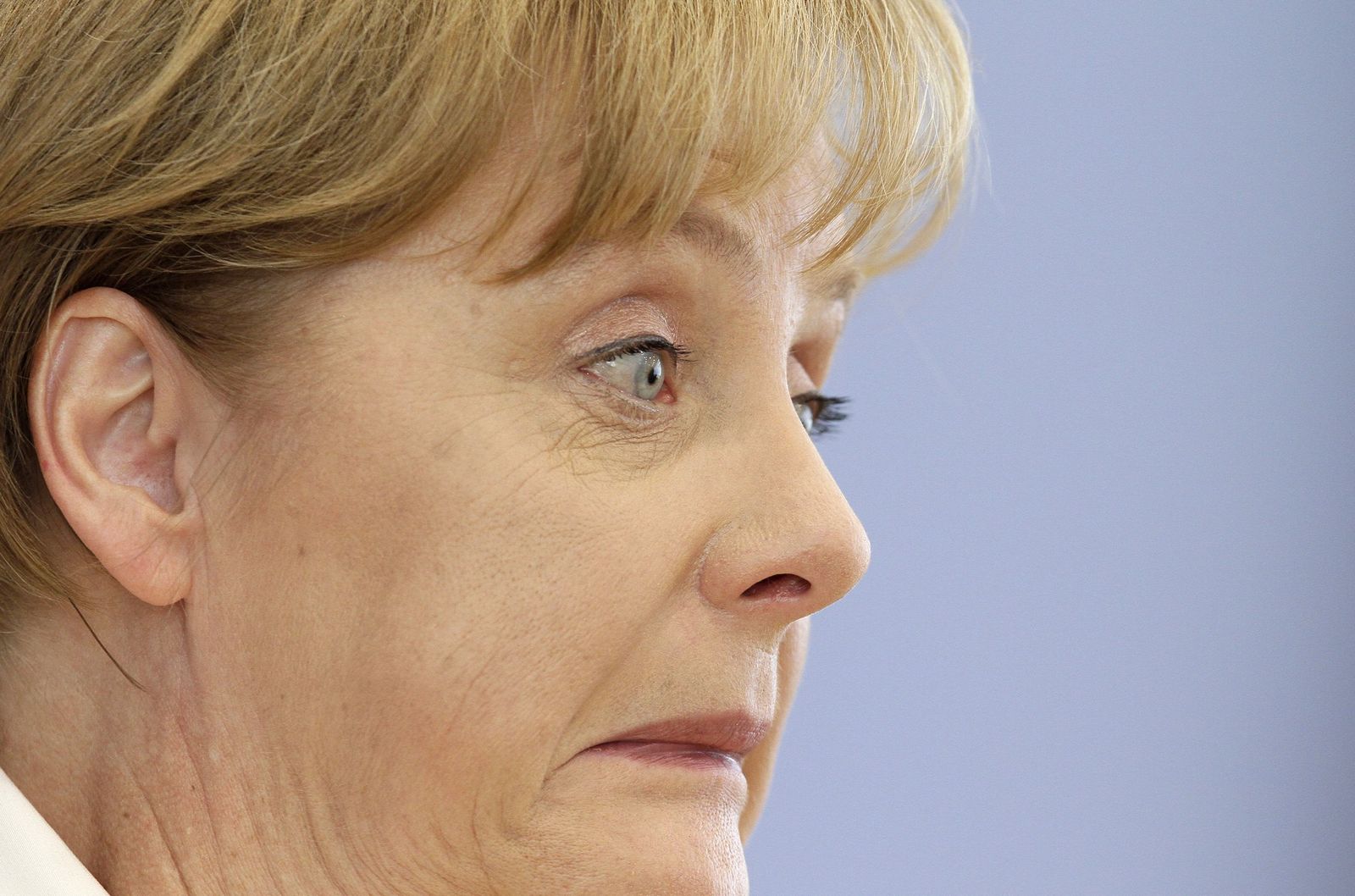 German Chancellor Angela Merkel is not doing well in the polls.