What a difference a year makes. In April 2012, Germany's Pirate Party was the new darling of the political scene, the center of attention in Berlin and the object of adulation among (male) twenty-somethings. Now, however, the Pirates look as though they have lost their treasure map, having become consumed with internal bickering, backstabbing and a lack of direction. And on Wednesday evening, the party's chief policymaker, Johannes Ponader, resigned as a result.

Ponader cited "political reasons" for his departure, along with "a massive decline in support and the poor election result in Lower Saxony."

The change comes just one year after the political newcomers enjoyed an astounding 13 percent support in one public opinion poll last April. For a brief moment, the Pirates were Germany's third-strongest party. A string of impressive state election results raised expectations ahead of this year's general election in the fall.

Now, though, the party is polling at a paltry 3 percent; changes are clearly necessary.

Ponader seems to be a good place to start. In recent months, he has turned into a lightning rod for criticism within the party, and demands for his departure have become frequent. Internal party surveys have revealed an almost complete lack of support for Ponader.

It remains to be seen, however, whether his departure will result in fewer negative headlines being produced by the Pirates. The party's culture of open debate and transparency has, if anything, provided a powerful argument for the kind of discretion with which most parties go about their business. Hardly a week goes by without a brutal and public personal attack made by one Pirate Party member against another.

Party head Bernd Schlömer has led the way on that front when it comes to Ponader. At different times he's said that his colleague was on an "ego trip" and "uncooperative," and recommended that the freelance theater director and actor, who was once an enthusiastic recipient of welfare benefits, should "get a job."

Still, other top resignations in recent months have done little to stem the flow of bile between top Pirate Party members -- to the point that the public has lost track of what they stand for. In the country's most recent state election in Lower Saxony, held in January, the party received just 2.1 percent of the vote, a dramatic drop after a year of success in other states.

Ponader's predecessor as policy director, Maria Weisband, summed up the situation nicely in an interview this week with SPIEGEL ONLINE. "The party is up shit creek," she said. "But we can get back out." 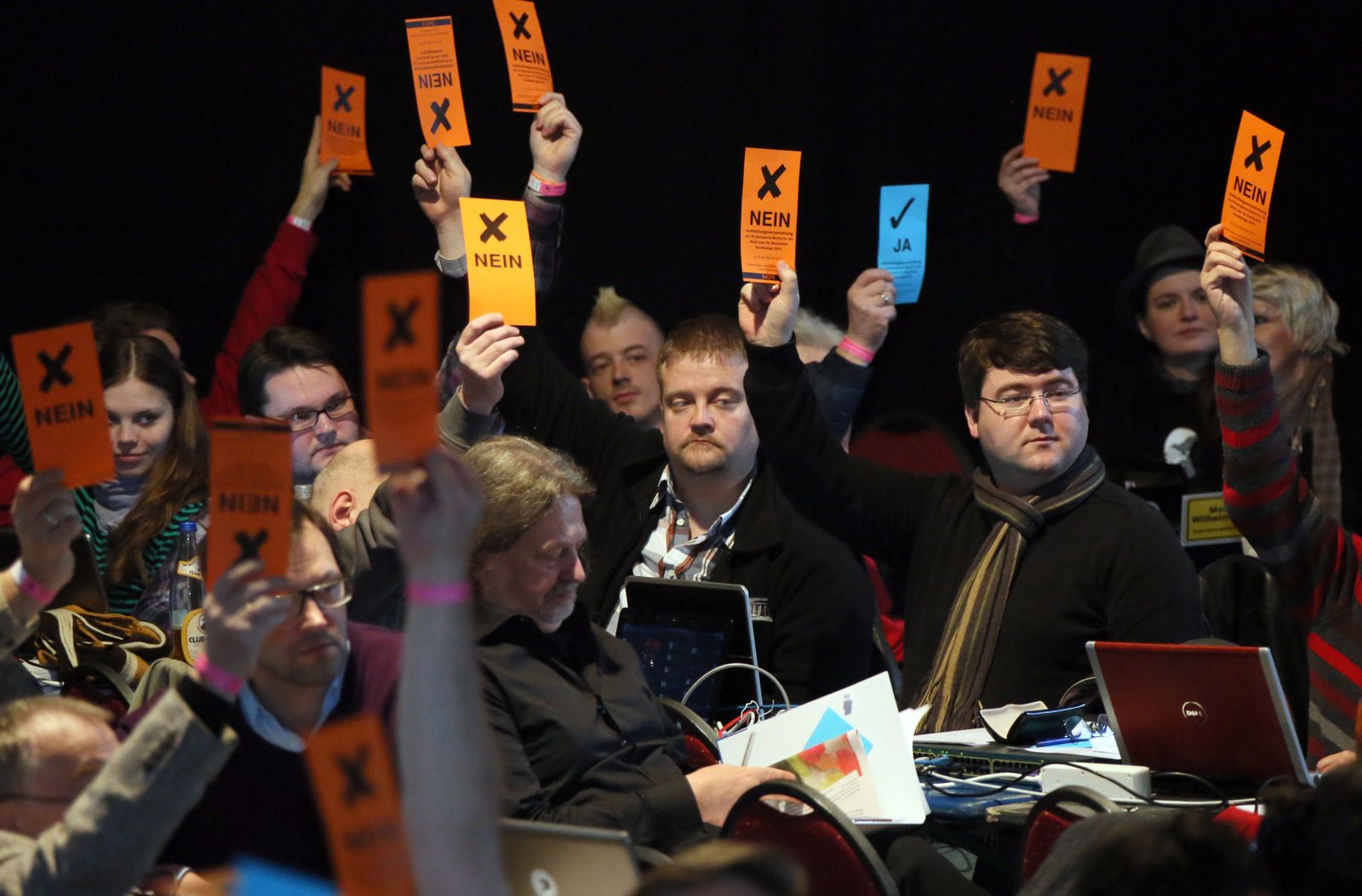 Pirates in Berlin: Support for the party has plummeted in recent months.