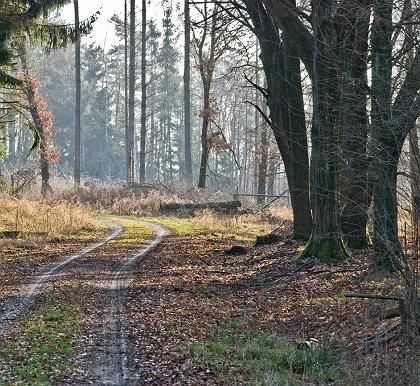 The man went deep into the forest to die.

An unemployed German man whose marriage had failed cycled into a forest where he starved himself to death over a period of 24 days, keeping a diary of his physical decline, German police said.

The 58-year-old man, whose name has not been released, was found by two hunters on Monday. He was lying on a mattress in an elevated hide in woodland in the Solling hill region of northern Germany, some 100 kilometers from the city of Hanover where he had lived. He had probably been dead since December.

He wrote in his diary about the collapse of his marriage, about how his grown-up daughter become estranged from him and his long period of unemployment, according to a local newspaper article, the contents of which were confirmed by police in the town of Northeim. He stopped being eligible for jobless benefit payments last October.

The man wrote about the pain he was in as he starved. He occasionally drank some water during his self-imposed ordeal. The last diary entry is on Dec. 13 last year. The diary also contains a note saying: "This notebook is to be given to my daughter (?) after my death," according to the report in the Hessisch/Niedersächsische Allgemeine newspaper.