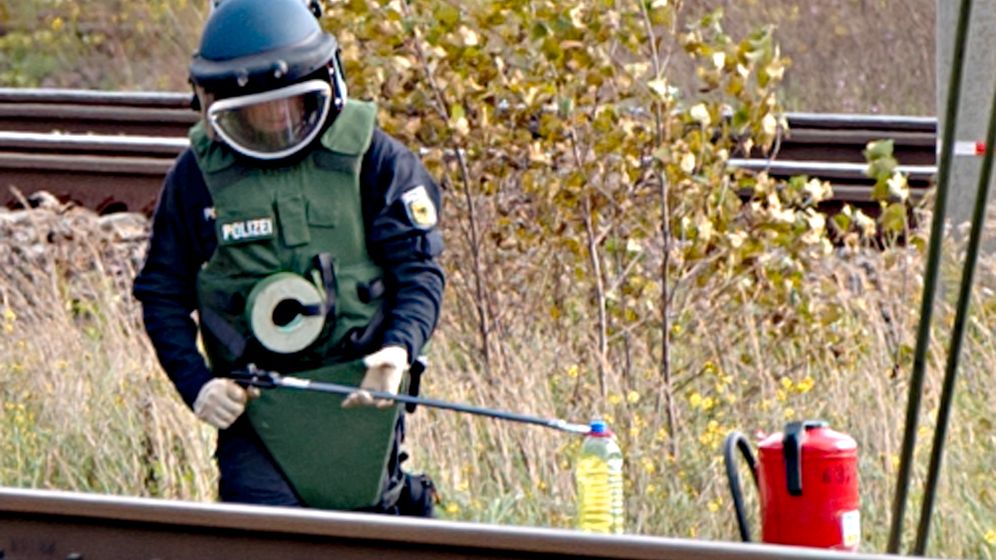 A conversation with Rainer Wendt these days is enough to make anybody nervous. Wendt is the head of the German Police Union, one of two police unions in the country. And he says that the recent series of attacks on German rail facilities in and near Berlin this week has convinced him that Germany is seeing the beginnings of a new wave of left-wing extremist violence.

He speaks of a "renaissance of the Red Army Faction," the terror group which perpetrated dozens of killings in Germany over three decades starting in the early 1970s. We are witnessing the "beginnings of leftist terrorism," he says.

He isn't alone in his assessment. Hans-Werner Wargel, head of the office for the protection of the constitution in Lower Saxony, spoke of "parallels to the 'Revolutionary Cells' which were active into the 1990s" in comments to the daily Neue Osnabrücker Zeitung. The group he mentioned was responsible for several arson attacks over the course of two decades and was listed as a terror group by the Federal Office for the Protection of the Constitution.

The hyperbole is understandable. Since Monday, police and train officials have discovered 17 incendiary devices planted next to train tracks and near signalling equipment in Berlin and in the surrounding area. Two of them have gone off. Though no injuries have yet been reported, the discoveries have resulted in significant train delays and several cancellations.

A group calling itself Hekla released an online statement earlier this week claiming responsibility for the firebombs and condemning Germany's involvement in Afghanistan. It also demanded the release of the US soldier Bradley Manning, who stands accused of leaking US diplomatic dispatches and other sensitive documents to the whistle-blowing platform WikiLeaks.

Now, in response to the increasing terror accusations, the group has released a second statement, denying that it is involved in terrorism. The incendiary devices never posed a danger to people, says the statement, posted on a leftist website on Thursday. The aim was merely to "disrupt the signal and data communication."

Exactly who might be behind the attacks remains a mystery. Partly as a result of the initial statement claiming responsibility, investigators are assuming political motivations. Federal prosecutors have now become involved in the investigation and are looking into "unconstitutional sabotage." German rail provider Deutsche Bahn, which said this week that passengers were never in danger, has also promised a reward of €100,000 for information leading to an arrest.

Still, despite the rising concern in the German capital, many have urged restraint. Wolfgang Bosbach, a domestic policy expert with Chancellor Angela Merkel's Christian Democrats and a member of German parliament, told SPIEGEL ONLINE that it "clearly is more than just a prank, it shows a lot of criminal energy." But he is not ready to equate it with left-wing terrorism. "We should be careful of understating things," he said, "but nor should we overstate them."

Konstantin von Notz, a parliamentarian with the Green Party, has also argued for reserve. "I would warn against upgrading the deed by way of an overly shrill debate," he said. "A quick and successful investigation should be in the foreground -- and not a debate over alleged new left-wing terrorism or even a new RAF before we know more about the perpetrators and their background."

Vehement Condemnation from the Left

Dieter Wiefelspütz from the center-left Social Democrats said that, while it is true that some left-wing terrorists began their careers as arsonists, "not every arsonist is destined to become a terrorist."

German law would tend to agree. According to a federal court ruling in November 2007, politically motivated arson can only be considered terrorism if it poses considerable danger to the state. The ruling concerned a leftist organization called the "militant group," which since then has been designated merely a criminal group by officials. Prosecuting groups under German terror laws is not a straightforward proposition.

The left-wing extremist scene in Germany is not impressed with the attacks. Many have ridiculed the perpetrators for being amateurs or have vehemently condemned the operation.

"Your 'campaign,'" reads one representative comment in a left-wing forum, "is about the stupidest thing that I have seen in recent years."