Concerns are mounting that restrictions imposed as part of the battle against the coronavirus could hinder the transport of goods in Germany. Carsten Spohr, the CEO of German national airline Lufthansa, says the company is preparing a major airlift operation to address the problem. Germany's foreign minister said that a second airlift is planned to bring home stranded German travelers.

"Lufthansa will do everything in its power to maintain supply chains for supplying the German population from the air,” Lufthansa CEO Carsten Spohr told the mass-circulation tabloid Bild on Tuesday. "We are working at full speed to prepare an airlift for all of Germany.”

The company is looking at scenarios for "how and where” its fleet of 747 aircraft and jets in its LH Cargo division could be deployed for cargo flights. The International Air Transport Association (IATA) warned on Monday that the drastic travel restrictions worldwide and the massive cancellation of passenger flights as a result would also affect the capacity of cargo flights.

Since the end of January, 185,000 flights worldwide have been cancelled due to the coronavirus pandemic, IATA stated in Geneva. As a result, the organization said, a large share of freight capacities have "disappeared.” IATA head Alexandre de Juniac called on governments worldwide to exempt cargo aircraft from flight restrictions and not to quarantine the personnel needed to fly them.

In a survey of around 1,000 companies conducted by the German Engineering Federation (VDMA), almost 60 percent of respondents have reported disruptions to their supply chains. However, most of these effects were classified as low to medium. HHLA, the operator of Europe’s second largest seaport in Hamburg, also stated that the supply of goods and commodities to the population and companies is secure despite the corona crisis. "Our employees are helping to maintain Germany's ability to provide for its citizens," said HHLA head Angela Titzrath.

In a similar "airlift” initiative, German Foreign Minister Heiko Maas said Tuesday that similar action is being planned to get German tourists who are stuck in other countries back home. He said the Foreign Ministry has earmarked 50 million euros for flights to collect Germans who have been stranded abroad because of travel restrictions caused by the coronavirus. The current plan is to fly the stranded travelers to the Frankfurt Airport.

Lufthansa and other airlines are to be involved in that effort as well.

In the past few days, many countries have closed borders and cut flight connections due to the rapid spread of the coronavirus. With a rapidly rising number of infections, Germany has become one of the main risk countries for the disease, and German travelers have been hit especially hard by the restrictions.

DER SPIEGEL has learned that the government’s internal calculations are that several tens of thousands of Germans are currently abroad and waiting to get home. In the Caribbean alone, around 10,000 Germans are stuck after having been left there by cruise ships. 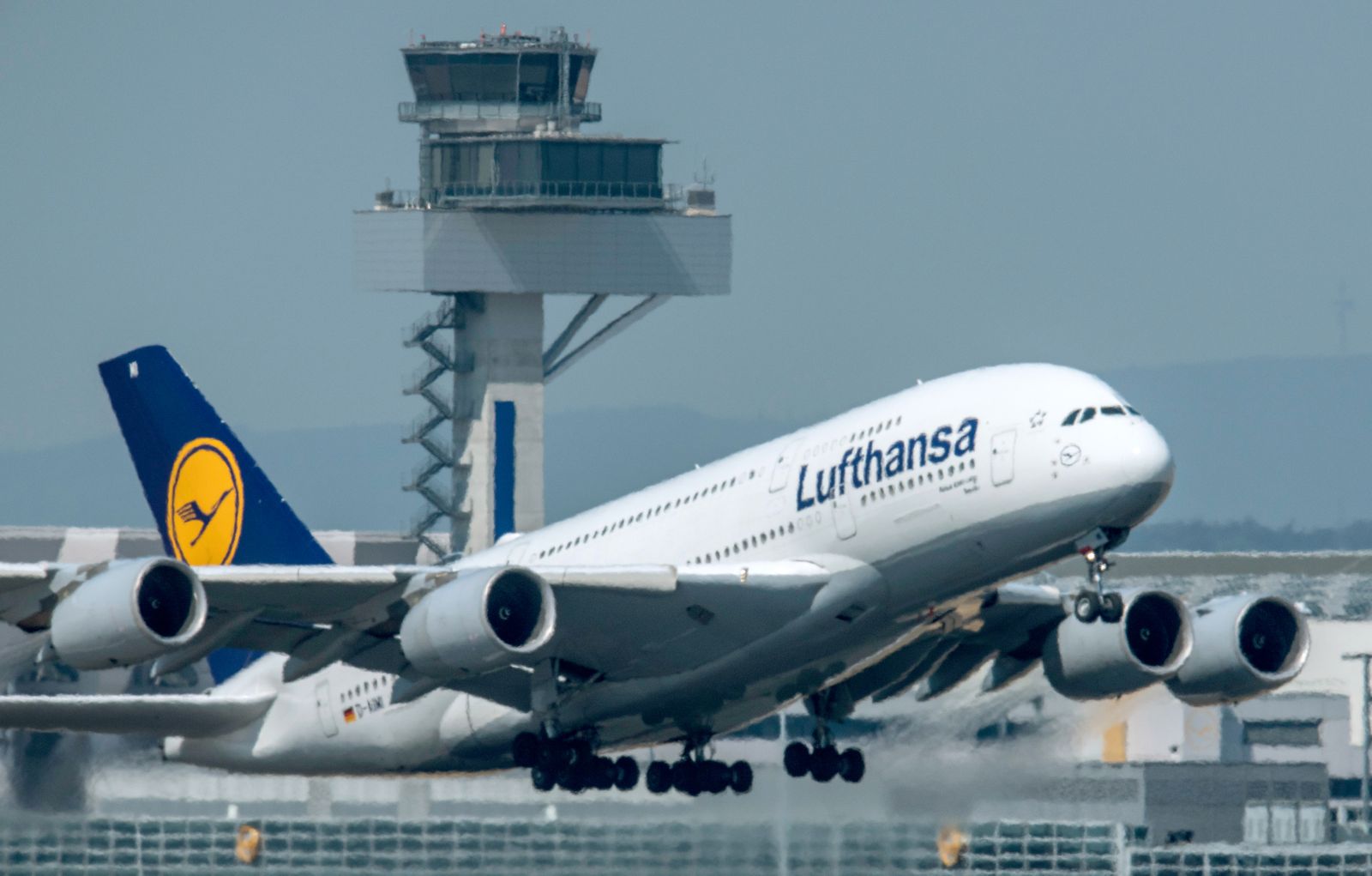 A Lufthansa A-380 aircraft takes off at the Frankfurt Airport.