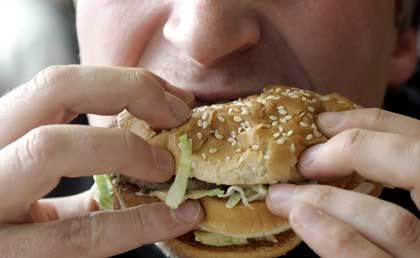 The report found that a higher percentage of soldiers is overweight than comparable civilians.

German soldiers are too fat, don't take enough exercise and smoke too much, according to an annual parliamentary report on the state of the country's armed services.

The report, due to be presented later on Tuesday, said that 40 percent of all army personnel are overweight, compared with 35 percent among civilians.

Some 8.5 percent of soldiers were even grossly overweight, the report said.

"Put simply: The soldiers are too fat, they don't take enough exercise and they're not careful enough about what they eat," lawmaker Reinhard Robbe, the parliament's commissioner for the armed forces, told a news conference.

"These are alarming results given that the army basically offers ideal facilities and each year spends 26 million euros on promoting elite sportsmen and women."

The problem was that this money wasn't having any impact on the general physical fitness of the troops, said Robbe. He called on Defense Minister Franz Josef Jung to ensure that the troops take more exercise.