In response to recommendations published last week by a committee in the Bundestag, Germany's federal parliament, the Turkish Community in Germany (TGD) has put out its own report on the crimes of the National Socialist Underground (NSU) -- the murderous neo-Nazi terrorist cell uncovered nearly two years ago.

The 80-page report, presented by TGD chairman Kenan Kolat at a Berlin press conference on Tuesday, calls for Germans to develop "a new sensitivity for hidden forms of everyday prejudice". It also advocates a complete overhaul of the country's domestic security operations.

The NSU is believed to have committed 10 murders between 2000 and 2007, and eight of the victims were of Turkish origin. Rather than looking into racial motivations for the murders, police in a number of the slayings immediately suspected the victims were involved in organized crime and drug trafficking.

The TGD report, which was researched and co-authored by Hajo Funke -- a well-known political scientist with a focus on right-wing extremism in Germany -- suggests a fundamental overhaul of the country's domestic security operations is necessary.

It recommends that the Federal Office for the Protection of the Constitution -- the body tasked with gathering intelligence on racially motivated crimes in Germany -- be disbanded. A new, independent and fully financed investigative body, as well as a series of new recruits with fresh ideas would be the only way to institute change, said Kolat.

Also notable among the Turkish Community's recommendations is a proposed ban on racial profiling by police and other security officials, the elimination of the government's large network of undercover informants within the far-right scene and the introduction of a permanent parliamentary committee tasked with overseeing racially motivated crime investigations. The report also suggests erecting a memorial site in the German capital to commemorate the victims.

The news comes in response to a report issued last week by a committee of German lawmakers, detailing how members of the NSU were able to commit dozens of crimes without arousing the suspicion of law enforcement.

The report, which lays out 47 recommendations on how to improve the German state security system, has been heavily criticized. In addition to the fact that its suggestions are non-binding, critics also argue they would be difficult to implement on a nationwide basis. In Germany's decentralized system of federal states, any kind of affirmative action program would face immense challenges.

The report also came under fire from lawyers representing the families of those murdered by the NSU for not addressing what they view as the "decisive problem" in the investigation into the slayings -- namely "institutional racism" within the German police and government authorities. Sebastian Edathy, chairman of the parliamentary committee with the center-left Social Democratic Party (SPD), was quick to dismiss the criticism. "I wouldn't refer to it as institutional racism," he said in an interview with the Frankfurter Allgemeine Zeitung newspaper last week. "There were isolated cases of racists in our police force who do not belong there."

Although the Bundestag report does include one recommendation stating that "German society is diverse -- and that this diversity should be reflected by the police authorities, who must also be able to competently deal with this diversity," it does not make any explicit mention of the possibility of institutionalized racism within the police or government agencies. The only such comments come at the end of the report, where individual political parties provided responses.

Neither Merkel's conservative Christian Democrats, her government's junior coalition partner, the Free Democratic Party, nor the Green Party said anything in the report on the possibility of institutionalized racism. However, the opposition SPD and Left Party both commented extensively on the phenomenon -- at least as it pertains to the NSU investigation.

The SPD wrote that "structural racial prejudices had been a major cause of the lack of openness in the investigation into the murders and bombing attacks committed by the NSU." The party also lamented "prejudiced routines in the police's work" that led to "routine prejudicial structures against people with immigrant backgrounds," although the party said it was a "structural" rather than intentional problem. Such routines, it said, were often racist. The Left Party lamented that "structural and institutional racism had been a trait of the" police work relating to the NSU series of murders. The Green Party does, however, call in the report for regular "anti-racism training" for police, prosecutors and judges.

Kenan Kolat, meanwhile, has been more explicit in his assertions. The aim of the Turkish Community's efforts, Kolat said at Tuesday's press conference, was to eliminate "everyday racism, which also exists within institutions." 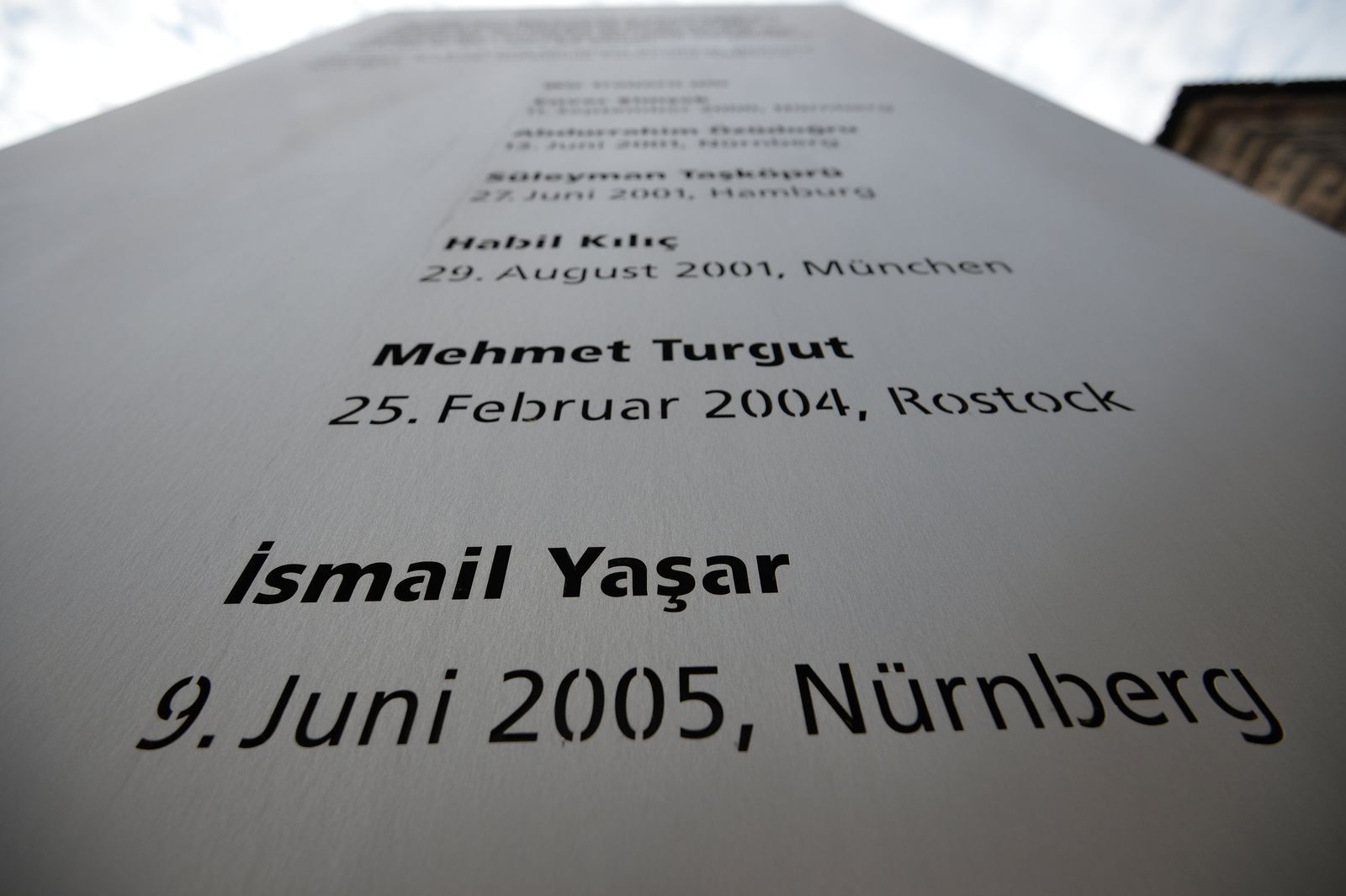 A memorial plaque in Nuremberg is dedicated to the 10 people murdered by the NSU far-right terror cell.