According to a poll commissioned by the online newspaper Deutsch-Türkisches Journal (DTJ), 90 percent of German-Turks intend to vote in the German elections in late September -- a 15 percent increase over the last election in 2009.

But their growing political participation is bringing with it a change in their political affiliations. Marking something of a departure from their previous behavior at the ballot box, the poll shows that 43 percent plan to cast their votes for the center-left Social Democratic Party (SPD) -- compared to 50 percent in 2009 -- 22 percent for the Green Party and 20 percent for Chancellor Angela Merkel's center-left Christian Democrats, up from 11 percent during the last election.

Ever since the first Turkish "guest workers" began arriving in Germany over 50 years ago, the majority of the community has lent its support to the SPD, traditionally the party of choice for blue-collar voters. But recent years have seen the SPD hemorrhage core voters, and German-Turks are joining the exodus.

The results of the survey were presented in Berlin on Thursday at a press conference co-hosted by the DTJ's editor-in-chief Süleyman Bag and Bekir Yilmaz, president of the Turkish Community in Berlin (TGD).

"The SPD and the Green Party still dominate," said researcher Kamuran Sezer, director of the Futureorg Institute which carried out the poll, at the press conference. But less then they used to. As Sezer pointed out, both parties are attracting around 10 percent fewer voters than they did in the last elections in 2009, with a growing number defecting to the Christian Democrats and the Alliance for Innovation and Justice (BIG), a party founded by Muslims in 2010 aimed at voters with immigrant roots. The Futureorg poll put its support at 6.9 percent among voters of Turkish descent, the only other party to gain over 5 percent of German-Turkish votes.

One reason for this gradual shift is demographic: "The first guest workers from Turkey mainly found jobs in mines and unions," pointed out Süleyman Bag, which gave them an obvious affinity for the SPD. Now, however, "there is greater economic plurality among Turks in Germany." From 1961 to 1973, more than a million Turks moved to Germany to work. Close to half of all those who came stayed, and today the country is home to around 3 million people of Turkish heritage.

For his part, Yilmaz hailed the growing popularity of the CDU within the Turkish community as evidence that Turkish immigrants "have finally arrived in Germany" and no longer base their vote on specifically immigrant issues.

But remarks by Kamuran Sezer suggested quite the opposite. In his view, the SPD fell significantly out of favor with the Turkish community in the wake of a controversial book published in 2010 by Thilo Sarrazin, then a member of the board at the Bundesbank, Germany's central bank, and a former SPD finance minister in the Berlin city-state government.

"We attribute (the drop in support for the SPD) to Thilo Sarrazin and the ensuing debate," said Sezer.

Not only were Sarrazin's views of immigration considered offensive by the country's population of 4 million Muslims, but the SPD was widely seen as too slow to distance itself from the man and his views. Turkish voters may now be poised to punish the party for its inaction.

The Green Party, meanwhile, lost points among traditionalists with its support for the recent protests in Turkey against Prime Minister Recep Tayyip Erdogan, said Sezer.

The CDU, however, has been seen to be reaching out to the Turkish community, he said, pointing to the appointment of Lower Saxony's social minister, Aygül Özkan, the first person of Turkish origin to be appointed as a state minister in Germany.

Approximately 50 percent of the Turks living in Germany have German citizenship and are therefore eligible to vote. 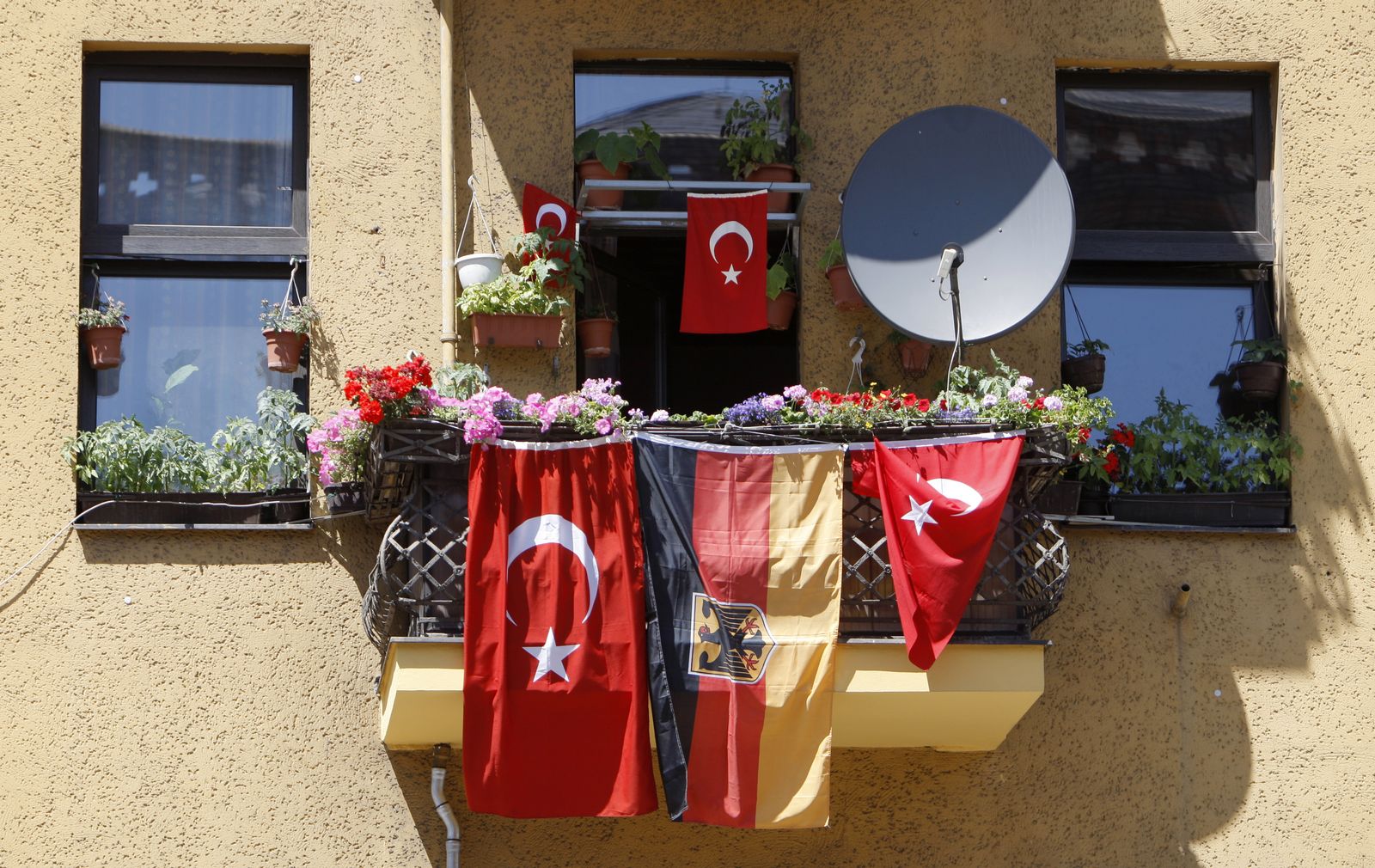 The SPD is losing support across the board, including among German-Turks.