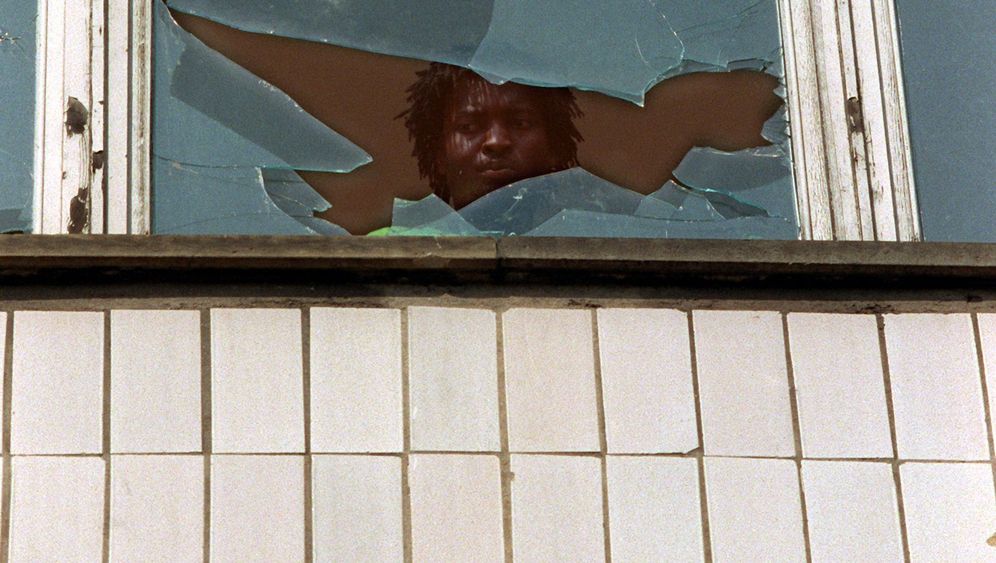 Photo Gallery: A City's Difficult Past

In September 1991, a mob of right-wing radicals armed with Molotov cocktails, tracer ammunition and stones attacked hostels for contract workers and asylum-seekers in the city of Hoyerswerda in the state of Saxony and terrorized residents for five full days. The young men who attacked the home, filled with frightened people from Mozambique, Vietnam and Romania, were brimming with hatred.

The attacks made international headlines not only because it raised the specter of xenophobia in the states that once belonged to East Germany, but also because local residents simply looked on as the violence escalated. Some even applauded the thugs. Police in Hoyerswerda were unable to get the situation under control and ultimately officials at the hostel removed the foreigners and took them elsewhere.

Hoyerswerda marked the beginning of a wave of violent outbreaks against foreigners that continued during the early 1990s, with shameful attacks in Rostock, where an asylum-seekers' home was attacked, but also in the western German cities of Solingen and Mölln, where a total of eight people of Turkish origin were killed when arsonists attacked their homes.

Twenty-three years have passed since the attacks that brought shame on the entire country. Now, the city of Hoyerswerda has announced its plans to open a new hostel in a special education school that closed last year and is currently being renovated to provide accommodations for asylum-seekers. Under the current plans, the first refugees could move in by the end of January.

Engaged local residents and politicians are trying to ensure that history does not repeat itself. But their task is not an easy one; Germany is currently experiencing an influx of refugees not seen since the 1990s and xenophoia is once again beginning to infect the debate.

The far-right National Democratic Party (NPD), for example, an organization that has been described by Germany's domestic intelligence agency as xenophobic and anti-Semitic, has sought to capitalize on such sentiment in recent months.

In November and December, the party organized protests against a new reception center for asylum-seekers who have just arrived in Germany in the town of Schneeberg, which is located near Hoyerswerda. And in Berlin's Hellersdorf district, right-wing radicals have been trying to stir up trouble over a new asylum-seekers' hostel there since last summer.

Similar sentiments have been brewing in Hoyerswerda recently as well. According to Germany's domestic intelligence agency, the Office for the Protection of the Constitution, the city has an active neo-Nazi scene. It is not unusual for Hoyerswerda to make headlines with fresh racist attacks. A Facebook page titled "Just Say No to the Hostel in Hoyerswerda" already has more than 2,100 likes. The NPD has also mailed out pamphlets about the asylum-seeker hostel. And xenophobic stickers have been applied to walls and lampposts.

'We Need To Be Good About Communicating'

But Jörg Michel, of the group Hoyerswerda Helps with Its Heart, an anti-discrimination group, says the prejudicial stickers don't stay up for very long. "Our people and many others scratch them off," he says. The Protestant reverend was one of the first members of the group, which was founded in November just a few weeks after the news went public that a new asylum-seekers hostel is being planned. The group's aim is to help inform both asylum-seekers and local residents about developments. "Right now we're working on a city map in six languages for refugees to show them how to find the police and other important authorities," he says.

Hoyerswerda residents can also subscribe to a newsletter or call the group's hotline to get their questions answered. In addition, the group plans to hold an open house at the asylum-seeker's hostel after it opens. Michel says his impression so far is that the majority of local residents aren't even interested in the issue of the hostel. "They're registering it and moving on with their normal business," he says.

District officials say they chose the city because a school belonging to the county had closed, enabling them to save money and that the xenophobic attacks in 1991 in Hoyerswerda played no role in the decision. "We have to find some place for people to live," says Gernot Schweitzer of the county administration. The county is also seeking to open other accommodations for asylum-seekers in other cities.

To prevent problems, county officials say they are contacting local residents and educating them about the facilities. "We need to be good about communicating," he says. He adds that local residents should be given the opportunity to become better acquainted with how their new neighbors in the community live.

Preacher Michel also feels strongly there's no chance of the events of 1991 recurring in the city. "There was considerable turmoil after the Berlin Wall fell -- many people were unsettled, and even the police didn't know exactly what they had authority over." He believes there was a feeling at the time that people couldn't truly express themselves -- a situation that no longer exists today.

"Today we can show Hoyerswerda's better face," he says. 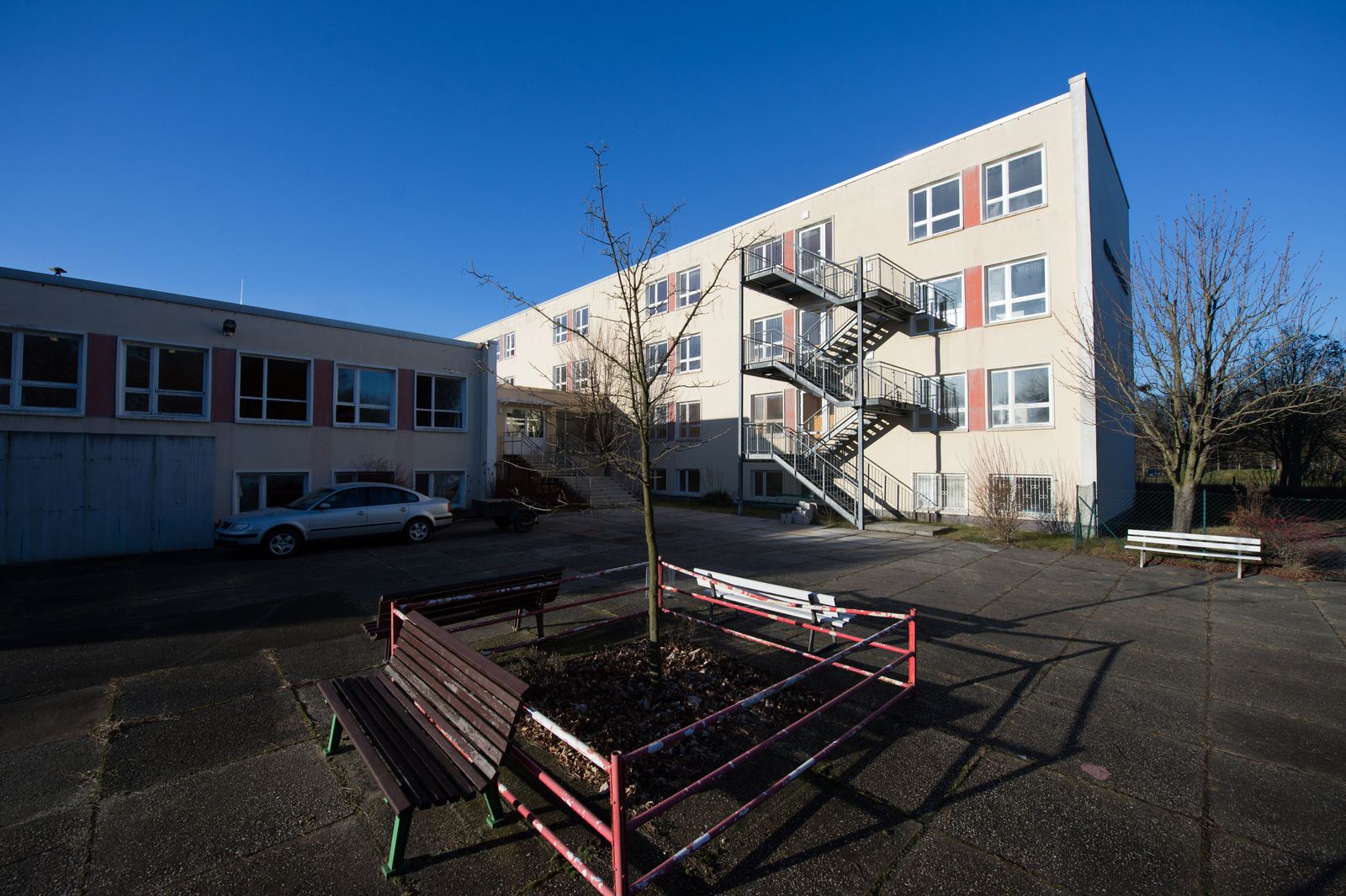 This former special education school, pictured in 2014, will now become the site of the first asylum-seekers' housing since the 1991 attacks. Construction is currently being carried out, and the first residents could move in by the end of the month.