For several days now, many Facebook and Twitter users in Germany have been confronted with a disturbing image on their profile pages: It shows bloody tire tracks running across the screen, reminiscent of the ones left by Islamic State terrorists in several European cities. It is accompanied by the slogan: "The tracks left by the world chancellor in Europe."

Angela Merkel as a terrorist -- that's the motif that the Alternative for Germany (AfD) party has chosen to launch the internet portion of its campaign leading up to national parliamentary elections on Sept. 24. The right-wing populists plan to spend a large part of their 3-million-euro budget on similar publicity offenses. The party is planning a digital campaign that may well be more drastic and aggressive than anything German voters have ever seen.

The party's election posters, designed by advertising professional and prize-winning scandal author Thor Kunkel, have already stood out from those of other parties. One shows the belly of a pregnant white woman with the slogan, "New Germans? We'll make them ourselves," a reference to the party's rejection of immigrants in the country. Yet another shows a piglet with the words: "Islam? It doesn't fit in with our cuisine." Finally, the one getting perhaps the most attention states, "Burkas? We prefer bikinis."

But now the AfD, which has always been an internet-savvy party that likes to use the medium to bypass the mainstream media and communicate its messages directly to its fans, has had enough of dead-tree media. It intends to rely heavily on the web as it enters the last, intense phase of the campaign.

To assist in its efforts, the party has tapped Kunkel's contacts to engage the services of advertising professionals in the United States with experience on the right-wing spectrum. The party is working together with the Texas-based agency Harris Media, which recently presented its plans to the AfD's national committee. With its provocative and aggressive campaigns, the agency has already contributed to the success of a number of controversial politicians. In Britain, it worked with the anti-EU UKIP party; in Israel, it worked with the governing Likud party; and in the United States, news agency Bloomberg has dubbed company founder Vincent Harris "the man who invented the Republican internet."

Harris, a Christian conservative, married and still under 30, recently made a personal visit to AfD headquarters in Berlin to monitor progress on the German project, party officials report. Harris founded his agency in 2008 in his college dorm room. A short time later, he led the online arm of the campaign for Ted Cruz, at the time a relatively unknown Republican from Texas who hoped to ride Tea Party backing to a seat in the Senate.

With Harris' help, Cruz saw the number of his internet supporters skyrocket, he established contact with influential bloggers and ultimately won the election. The Republicans have become regular customers of Harris' ever since. Trump's team even engaged the agency for projects, with Vincent Harris telling Trump's favorite media site, Breitbart, "we're going to hopefully keep doing stuff for them in the future."

One Harris project aimed at Trump fans can still be found on the web today. It's a polemical "commercial" that shows the Germany of the future as an Islamized state, with Cologne's cathedral depicted as a mosque and an Oktoberfest where neither alcohol nor pork are served. At the time, Harris told the Berliner Morgenpost newspaper that Islamist extremism was an important issue. Besides, "I love Germany," he told the paper.

These days, three of his employees march into the AfD offices in Berlin at 8 a.m. each morning, coffee-to-go cups in hand, and play grunge music for the staff and summon "priority meetings." Above all, though, the advertising professionals make clear to their German clients that far from all Americans are fans of political correctness. One Harris staffer is reported to have asked an AfD politician why the party isn't campaigning with "Germany for Germans" as its slogan? It put the AfD staffer in an awkward position. Germany for the Germans? No, he said, that's a nationalistic slogan that even the AfD would prefer not to use.

The AfD also brought in a party staff member from Düsseldorf to explain Germany's very strict internet privacy laws to the Americans. But the party has remained mum about how strictly those rules will be observed.

Help from an Influential Friend

To place advertisements on Google or Facebook, AfD now no longer has to go through the German subsidiaries of the internet giants. Here in Germany, the party has recently been facing a lot of resistance from those offices when it tries to buy ads. Now the team at Harris Media just places quick calls to the companies' headquarters in Silicon Valley, sources say, where the agency is very well networked as a result of its many successful political campaigns for the Republicans. AfD's orders are then simply put through to Germany from the United States.

And when it comes to advertising, staff at the American company think in entirely different dimensions than their AfD colleagues, who in the past were happy if their populist Facebook posts collected over 1,000 reactions. Now, with Harris' help, the image with the bloody tire marks has reached a massive number of users, AfD representatives say proudly -- including potential voters.

One of the most important goals of the AfD's digital campaign is to make people less shy about identifying with the right-wing populist party. As part of that effort, the party has invited its fans to make solidarity videos and is encouraging them to frame their profile photos with AfD symbols. In the coming days, many Facebook users in Germany will also be seeing a new, small blue ad on their timelines. "Twelve years are enough," it will say, with a photo of Angela Merkel with a grumpy look on her face. To prevent putting off users, the party will not include its logo. It's only after the user clicks on the ad that it is revealed it has been placed by Alternative for Germany. 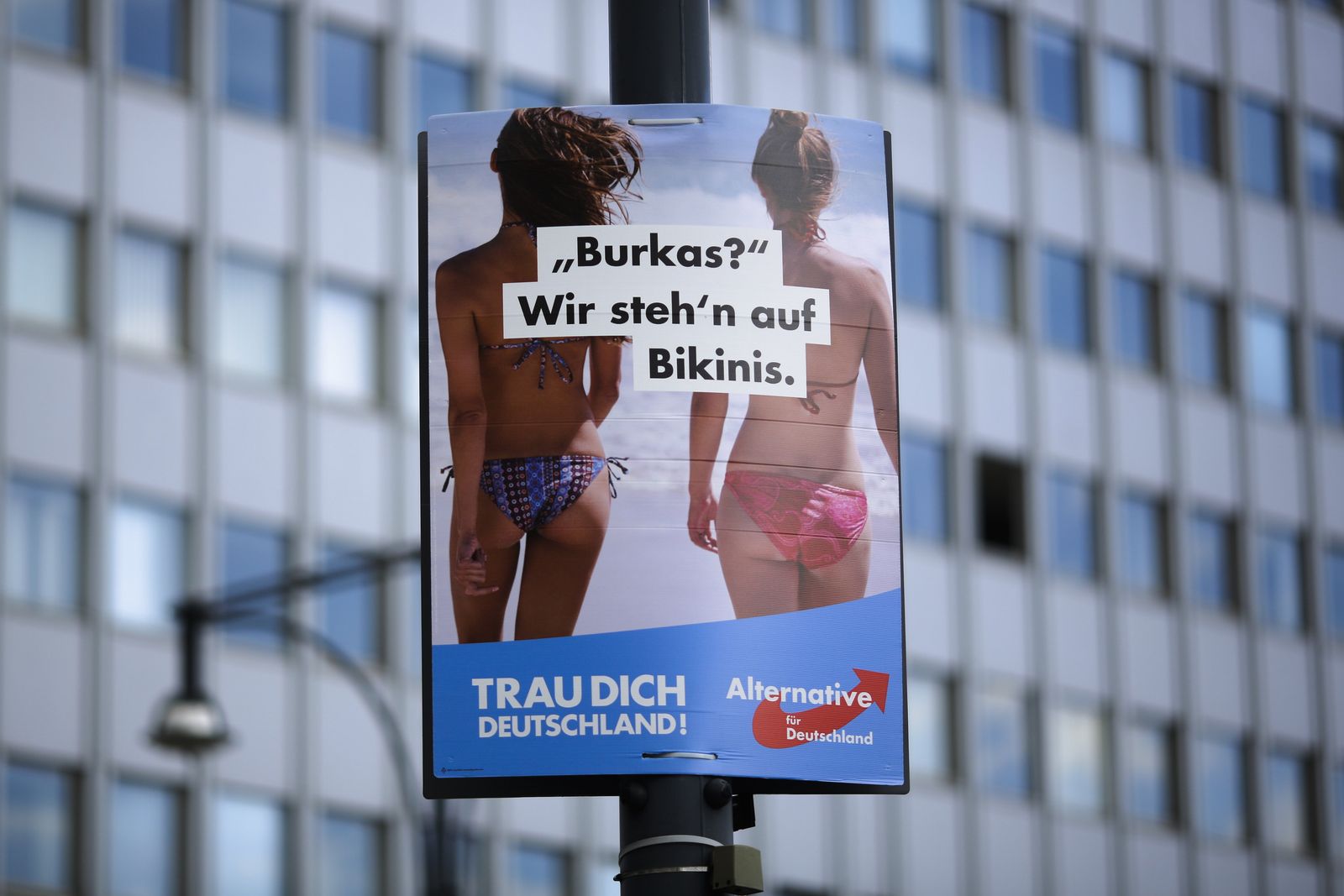 An AfD ad in Berlin: "Burkas? We like bikinis." 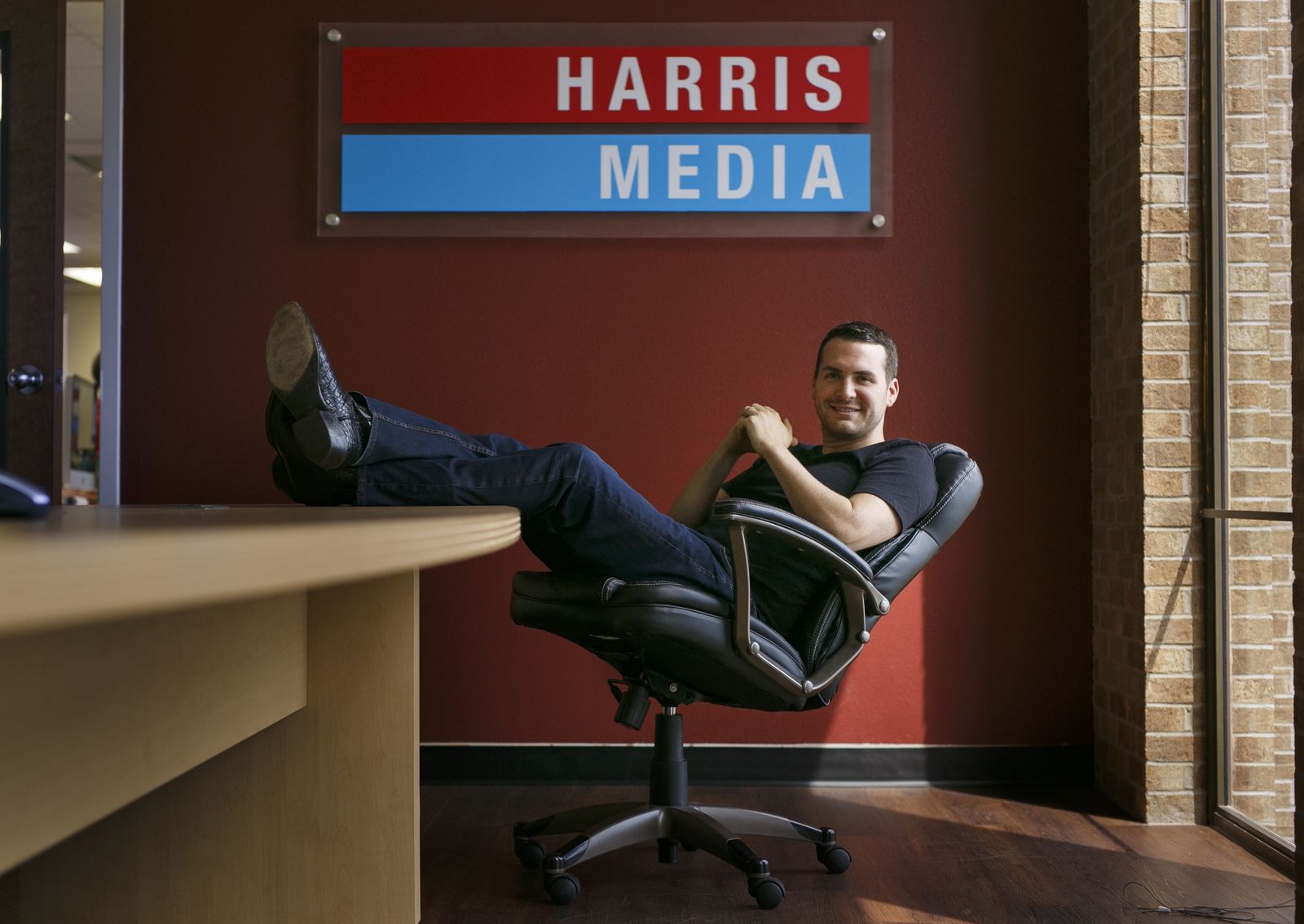 Vincent Harris: "the man who invented the Republican internet." 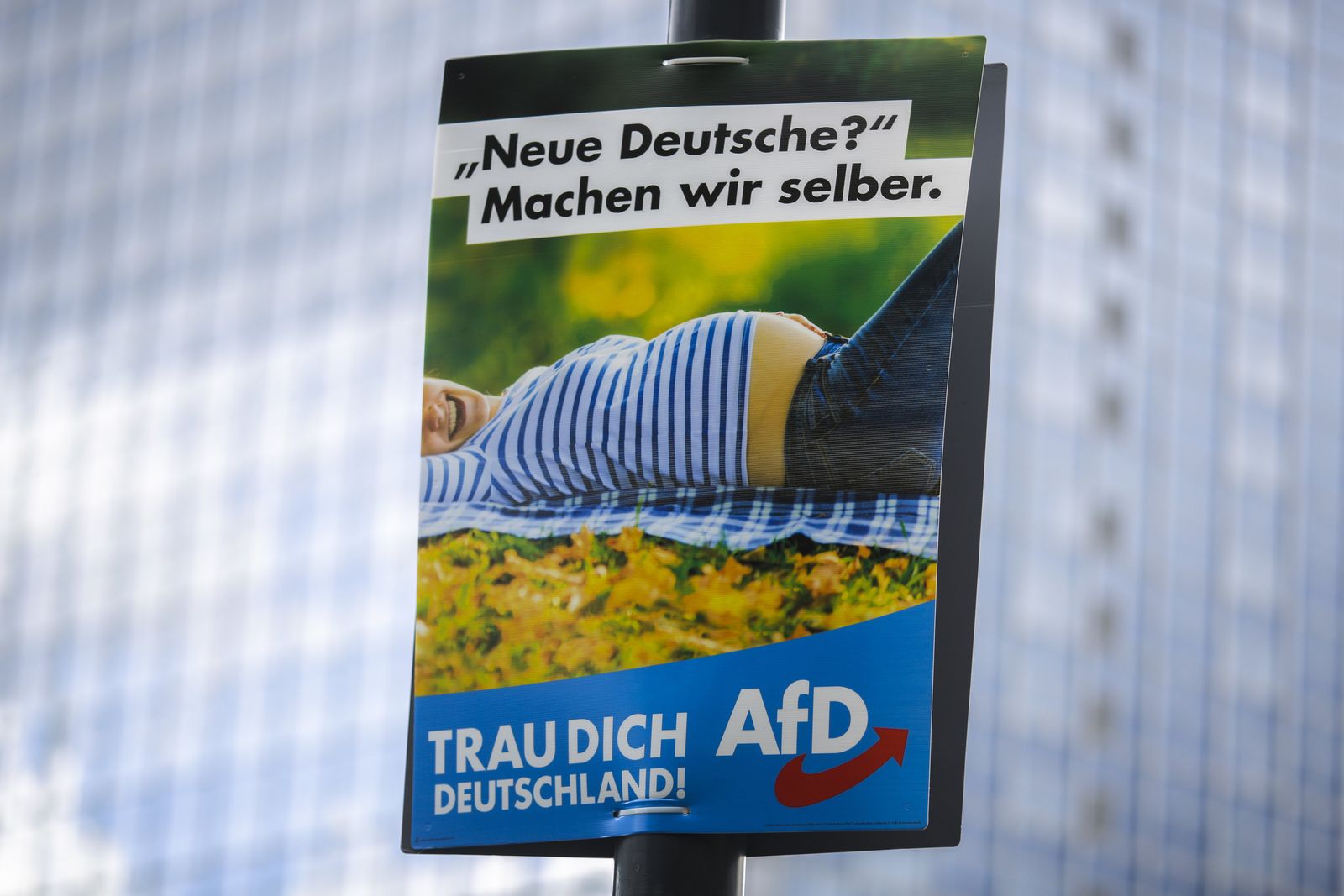 This AfD ad reads: "New Germans? We'll make them ourselves."