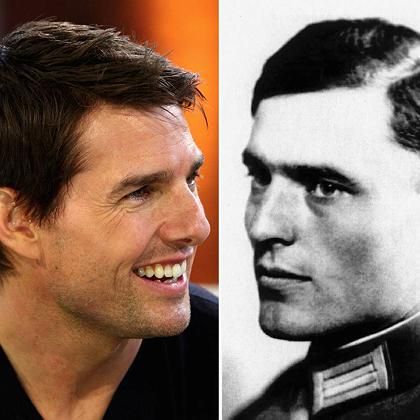 In an about-face, the German government has decided to allow Tom Cruise into the Berlin Defense Ministry to shoot key scenes for his movie about the 1944 plot to kill Hitler.

The ministry had initially refused to let Cruise,who plays would-be Hitler assassin Claus Schenk Graf von Stauffenberg, to film at the site inside the ministry where Stauffenberg was shot. It had explained the ban by referring to Cruise's membership of Scientology, which the German government regards as a money-making cult rather than a church.

But that decision in June was controversial in Germany, where many have welcomed Hollywood's decision to make a film about a national hero who symbolized resistance to Hitler.

The defence ministry has now changed its mind. Spokesman Thomas Rabe told Bild newspaper: "There's a different assessment of the film project now. We will visit the scene with director Brian Singer to clarify what can and can't be done while preserving the special dignity of this location."

For example, government sources told the paper that it was unthinkable that Nazi swastika flags could be put up inside the ministry's "Bendlerblock" memorial where Stauffenberg planned the failed plot to blow up Hitler with a suitcase bomb, and where he was later executed.

Insiders told Bild that the German government had been persuaded that the film, whose working title has apparently been changed from "Valkyrie" to "Rubicon," wasn't being made by a sect but by a serious and professional company working with a Jewish director.

The ministry could not immediately be reached for comment. According to the screenplay of the film, currently shooting in and around Berlin, three night scenes and one day scene will be filmed in the Bendlerblock.

Cruise had aleady been allowed to film inside and in front of Berlin's Finance Ministry, the forbidding Nazi era building that housed the headquarters of the Luftwaffe air force in World War Two.