Is the republic at the edge of the abyss? Are the pillars of democracy swaying? For the last four weeks, Germany has debated the loan scandal surrounding its president, and for just as long, we have heard warnings that the discussion of the tiresome loan could "damage" his office. Sigmar Gabriel, chairman of the center-left Social Democratic Party (SPD), even went as far as saying that German President Christian Wulff could not resign because it might trigger a "national crisis."

In fact, the issue merely revolves around the misconduct of a man who wanted to buy a house he couldn't afford. Why such hysteria over criticism of the president? It's time to take a sober look at the most superfluous office in the republic.

Since its creation, the presidency has been based on a misunderstanding. The fathers of the German constitution believed that pure democracy was too much for the Germans to handle. They were afraid of the anti-parliamentary reflex from the Weimar Republic, which vilified political debates as perpetual quarrels and party discord. The office of the president found its way into the constitution because there were those who wanted to create a neutral force that reconciled citizens with representative party democracy. The tamed ersatz monarch was supposed to satisfy the German yearning for non-partisan reason.

But soon it became clear that this wasn't necessary at all. After the horrors of the Nazi regime, most Germans no longer needed to be convinced of democracy's advantages. And the state of emergency, in which the president was to guide the nation, never occurred. Soon the question arose as to what exactly a president should do with his time. Though formally the highest-ranking official in the country, he actually has no power at all. He cannot even claim direct election by the people.

There is always something humiliating about the office of the president. The head of state has all the trappings of power at his disposal, including an attractive official residence in the posh Berlin suburb of Dahlem, an armored official car that flies the presidential standard and bears special license-plate number 0-1, along with access to the German air force's VIP squadron, even ahead of the chancellor, if necessary. But his position is all grand form with no substance. The president appoints the cabinet ministers the chancellor wants, and he signs bills into law that the coalition government has drafted. The office is an imposition for any politician with even the smallest shred of ambition.

Anyone who travels with the president can witness the full drama of the office. The head of state is surrounded by the aura of importance. He walks down red carpets to the sound of military bands, and he comes face-to-face with the world's most important and powerful people. But in the end it is nothing but a semblance of power. The talks remain superficial, extending to little more than assurances of mutual friendship and the desire for greater cooperation. Form without substance creates a sense of the ridiculous to which every president is exposed.

It comes as no surprise that the politicians who were candidates for the presidency in the past were usually those who had lost their thirst for power after a long career. There were also cases in which appointing a politician to the office solved an embarrassing problem, such as that of Heinrich Lübke. The conservative Christian Democratic agriculture minister was able to take up residence in the Villa Hammerschmidt (the president's former official residence in Bonn) because then Chancellor Konrad Adenauer realized at the last minute how little influence the president actually had.

Naturally the more ambitious presidents have tried to push the boundaries of their power. Theodor Heuss, for example, managed to prevent fellow party member Thomas Dehler from being reappointed as justice minister, and Horst Köhler refused to sign two laws that he thought were unconstitutional. But in the end, these were just attempts to escape the representative boredom of the presidential routine. The text of the German constitution is clear. The chancellor, it reads, "shall determine and be responsible for the general guidelines of policy" -- not the president.

The discrepancy between the importance of protocol and actual lack of influence is the reason for the oddly inhibited handling of the highest-ranking public office. No one would consider sparing a chancellor or a minister from investigation for involvement in a scandal by arguing that this would harm the office. On the contrary, it is precisely because personal misconduct is punished that these offices can remain intact. In the case of the president, however, just the opposite applies. Every debate about the head of state reliably includes the suggestion that he be treated with special "respect." One could see this as evidence of a unique political responsibility, but the truth lies elsewhere: The office of the president is a façade, which is why people are so afraid that a firm kick would be enough to send it all tumbling down.

The presidential selection process itself reveals the faulty design of the office. To ensure that the president is not provided with greater authority than the chancellor, he is not elected directly by the people, but by the Federal Convention. But because the parties set the tone within this body, every president comes into office with the inherent flaw of being the result of precisely the political wheeling and dealing from which he is supposed to be set apart.

Oh, but the speeches! Some say that the power of the president stems from the word; that he is the country's supreme editorial writer or a secular preacher of sorts, as political scientist Dolf Sternberger has put it. No self-respecting president forgets that he should encourage debate and even be difficult, if necessary. But is this really true? There have certainly been memorable speeches by German presidents. They include the address by Richard von Weizsäcker on May 9, 1985 to mark the 40th anniversary of the German surrender, Roman Herzog's "jolt" speech and, most recently, Christian Wulff's remark that Islam is part of Germany.

But it is a popular myth in the republic that the president initiates debate. The trick to a successful presidential speech lies precisely in capturing the social mainstream and giving it a quasi-governmental blessing. Weizsäcker's speech on the anniversary of Germany's surrender was brilliant, but in the end it only summarized the consensus that had emerged from a decades-long debate over how Germany should address its Nazi past. It wasn't Weizsäcker who had forced the painful debate over the crimes of the Nazis on the German people -- the '68 generation deserved most of the credit for this. Was it truly shocking in 1997 -- that is, in the final phase of the Kohl era -- to lament politicians' lapsed courage to bring about reforms, as Roman Herzog did in his jolt speech? And besides the Bavarian conservative party, the Christian Social Democrats (CSU), who seriously disputes that Islam is a part of Germany?

There is always something amusing about the president being said to have given a "courageous" speech. Courage implies having something to lose, and aside from a little criticism in the press, a president has nothing to fear, as Roman Herzog once admitted with refreshing candidness: "Because I, as president, have almost no decision-making power, it isn't even possible to hold me accountable if someone translates proposals I make into law. On the other hand, when something I propose is not done, I can always point out that it would have been better if they had listened to me."

Of course, the republic can afford an official soapbox orator. The office of the president costs taxpayers €30 million ($38 million) a year, which an industrialized nation like Germany can certainly afford. But it's annoying when presidents abuse the office to make a name for themselves at the expense of those politicians who actually have to follow up their words with actions. One of the reasons Wulff's predecessor, Horst Köhler, was so popular is that he gave a voice to anger against politicians. He managed to castigate politicians for being enslaved to the pollsters, while at the same time delighting in his own popularity.

Köhler had a great role model. No former president is as admired as Richard von Weizsäcker, and yet he was the one who introduced the unpleasant habit of criticizing politics and parties from the vantage point of the president. Weizsäcker had been a member of the CDU federal executive board for years, and he was a member of the Bundestag and mayor of Berlin, but as president he said: "I do not come from the world of political parties." Like Köhler later on, he did not try to encourage understanding for the complex business of political life. Instead, he separated himself from it to enhance his popularity.

It is about time to think about the unthinkable -- a republic without a president. Is this even possible? With some goodwill, the meager competencies of the head of state could certainly be quickly reassigned. Laws can also come into effect without the president's signature. That would leave the examination of whether new legislation is in conformity with the constitution, a task that the Federal Constitutional Court is better equipped to perform than the lawyers at the office of the president.

And why shouldn't the Bundestag be given the right to dissolve itself? It's already a glaring deficiency in the constitution that a chancellor who is tired of governing can only pave the way to new elections by proposing a vote of confidence, and the construct is made doubly absurd by the fact that the president is ultimately included in the decision-making process.

What would a republic without a president look like? It would be colder, but more honest -- colder because citizens could no longer cling to the comforting idea that there is something akin to non-partisan wisdom. Germany would have to bid farewell to the idea of a republican king, one who puts a friendly face on the daily battle for power. It would also lose the president's annual Christmas address.

It would also be more honest because the elimination of the presidential office would obliterate the last trace of fear of an authoritarian state from the constitution. It would reduce the German democracy to its rational core, and to the insight that politics cannot exist without debate and strife -- and that that is a good thing. It would be an unfiltered democracy, and thus an unprecedented experiment in German history. But it wouldn't be the worst. 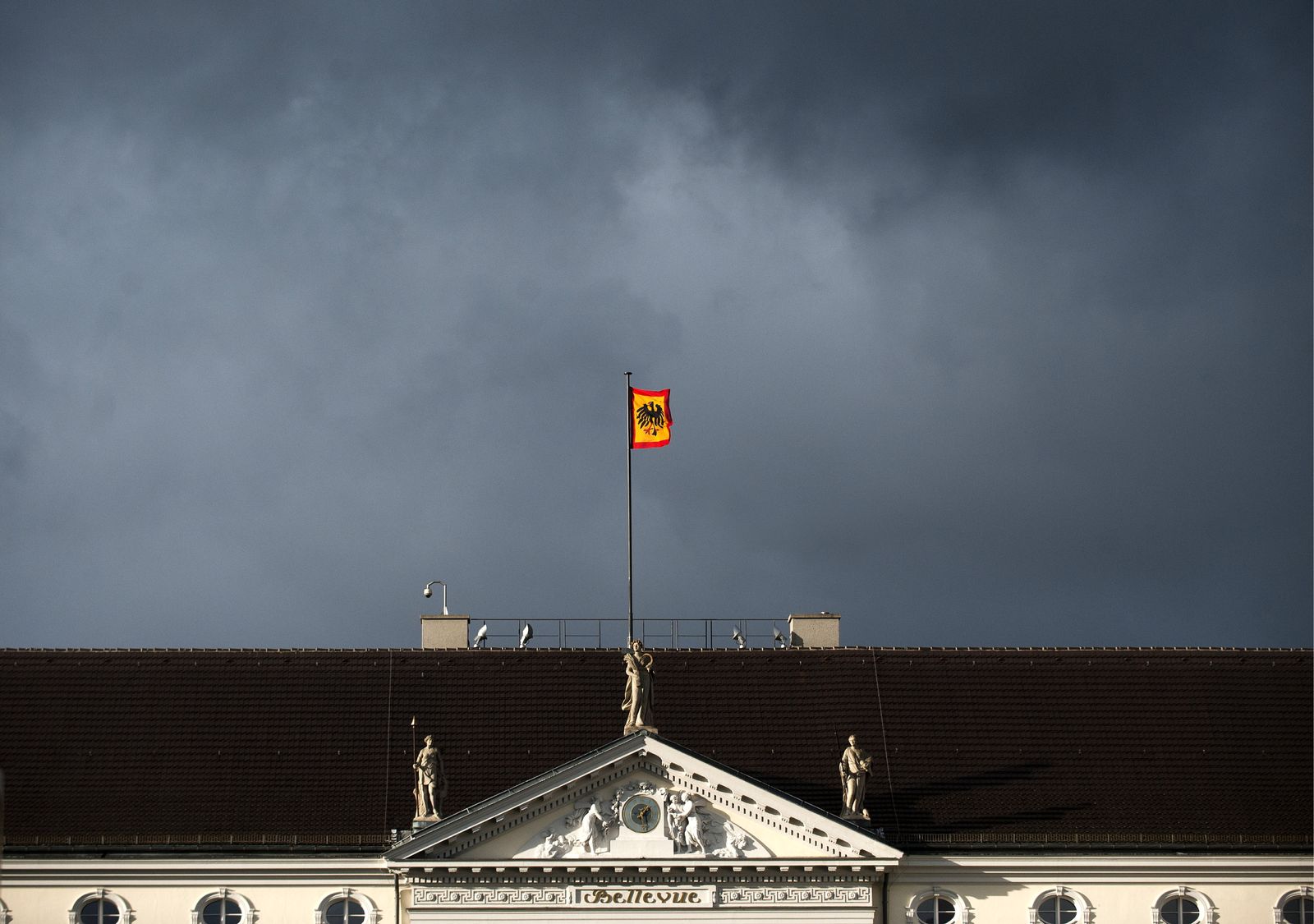