It was the kind of event that is normally the highlight of a head of state's schedule. German President Christian Wulff on Thursday stood for hours with his wife Bettina receiving honored German citizens, dignitaries and the cabinet of Chancellor Angela Merkel at Bellevue Palace in Berlin. The occasion was the traditional presidential new year's reception -- handshakes, smiles and photo-ops, the bread and butter of statesmanship.

But it was hard to miss the shadow hanging over the event. Even as Wulff found friendly words for guest after guest, media outlets across the country were once again reporting a new wave of condemnation. Much of it came from the Christian Democratic Union (CDU), the party that Wulff has been affiliated with for his entire political career.

"I expected a great deal from Christian Wulff as German president," said Heinz Riesenhuber, a former cabinet minister under CDU Chancellor Helmut Kohl and the oldest member of the Bundestag, Germany's federal parliament, told the daily Die Welt. "But he got tangled up in things that appear very unpleasant and borderline. It is very difficult now to imagine how Wulff will exude the luminosity that I had hoped of him."

CDU parliamentarian Karl-Georg Wellmann went a step further, essentially suggesting that Wulff should resign. "A horrible end is better than horror without end," Wellmann said, in reference to the likelihood that criticism will continue to dog Wulff if he clings to his office. "My personal advice to him would be to no longer subject himself, his family and his office to (the condemnation)."

Several other CDU politicians likewise have heaped censure on the German president this week, including powerful conservative parliamentarian Peter Altmaier, a close ally of Merkel. And Bundestag President Norbert Lammert, a senior CDU member, complained in newsmagazine Stern of the "massive, comprehensive loss of trust" in the president.

In violation of a promise made in the course of a televised interview one week ago, they say, Wulff has yet to provide complete transparency when it comes to questions about his financial dealings. Indeed, they say, he has given the impression that he is engaging in deliberate obfuscation.

Those questions arose in mid-December following a report by tabloid Bild showing that Wulff misled the Lower Saxony state parliament in 2010 regarding a private home loan he took from a close friend of his. Wulff had claimed in parliamentary testimony that he had no business relations with businessman Egon Geerkens, who funded the loan through his wife.

Once the press got ahold of the story, it became clear that Wulff had refinanced that loan with one from a bank -- but at a much lower interest rate than those available to the general public. That loan, in turn, was turned into a market-rate mortgage -- but Wulff's characterization of when that refinancing took place was countered by the bank. It was finalized, apparently, after criticism of his business practices had already begun to mount.

An additional flank became exposed when it became known that Wulff had actually called both the top editor and publisher of Bild -- and left angry messages for both -- in an effort to either prevent publication of the original loan story or, as Wulff insists, delay publication by a day.

During his interview with German public television stations ARD and ZDF last Wednesday, Wulff promised complete transparency and said he would make public all press queries relating to his business affairs and his answers to them. "Tomorrow morning, my lawyer will put everything in the Internet. Then every citizen can see and evaluate all the details, also legally." He also said "I will gladly give you the 400 questions and the 400 answers."

The very next day however, Wulff denied Bild's request to publish a transcript of Wulff's messages. And his lawyer put merely a six-page summary of the press queries and answers online. On Tuesday of this week, his lawyer, Gernot Lehr, said that making the answers of journalistic queries public would violate laws intended to protect the rights of media outlets as they conduct research and write stories. Prominent German media rights expert Rolf Schwartmann told German news agency DPA that Lehr's argumentation was correct.

In response, Bild Editor-in-Chief Kai Diekmann informed Wulff that he would be happy to put his own paper's queries and answers online himself. The dailies Berliner Zeitung and Frankfurter Rundschau likewise indicated they would forego their legal rights pertaining to their own queries and resulting replies. SPIEGEL would likewise not take legal action.

"On television, Wulff promised 18 million citizens that 450 questions would be answered and made public," Björn Thümler, CDU floor leader in the Lower Saxony state parliament, told the Norwest Zeitung newspaper. "I think we are all waiting for that and that is what must happen. There is no alternative."

As of Thursday, Wulff had not budged. Instead, he stood for hours before television cameras greeting his some 80 visitors. Not all, however, accepted his invitation to the new year's reception. Transparency International stayed away, as did the German Journalists Association. In protest. 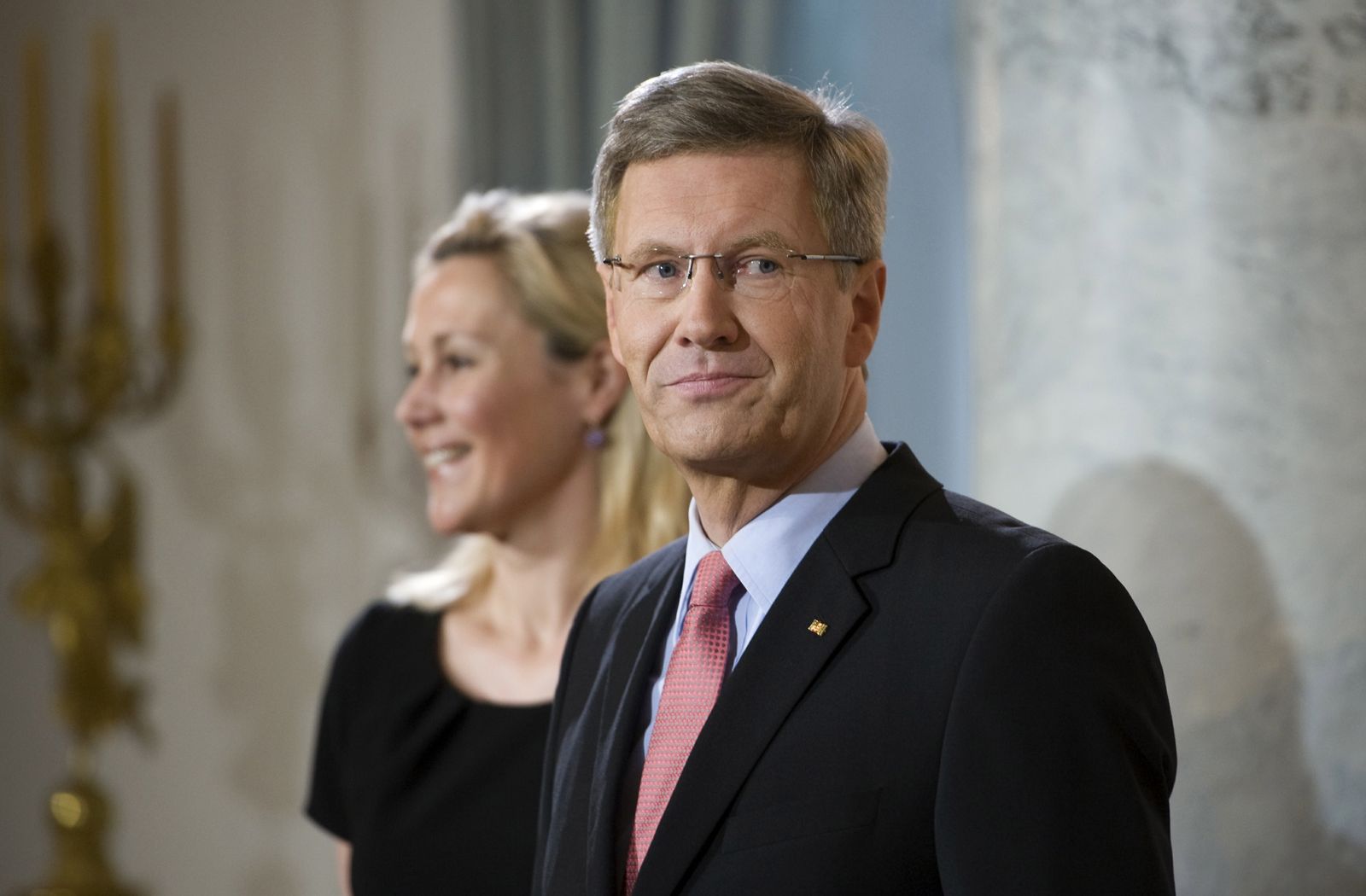