A trunk. A suitcase. Another trunk. A trunk, and then another suitcase. The conveyor belt rattles along. As she stares at a monitor, Monika Lenzner, 58, pushes the pieces of luggage across the conveyor bars.

She found her job at the X-ray machine in the departures area at Berlin's Tegel Airport on her own, without the help of a job center. After being unemployed for 12 years, and after many unsuccessful training programs and rejected job applications, she now works as an aviation safety assistant.

Lenzner was lucky. Her case is more of an exception than the rule. Even though the German labor market is booming and there are more jobs than ever before, unemployment is on the rise.

A look at current labor market statistics reveals a strange dissonance. In August, the number of jobs subject to social insurance contributions increased by 353,000 over the previous year, with about half being full-time positions. At the same time, 240,000 people went into retirement. Normally, the jobless figure should have declined, but in fact it grew by 48,000 in October compared with the previous year.

The Return of the 'Silent Reserve'

As paradoxical as it sounds, this is easy to explain. What is known in Germany as the "silent reserve," or the inactive unemployed -- people who have given up looking for work and women who have not worked in the past -- is increasingly seeking employment. At the same time, older workers are delaying retirement. They all have one thing in common: They were not reflected in unemployment statistics in the past. At the same time, 270,000 predominantly qualified immigrants are entering the market this year.

There are currently 42 million jobs in Germany, an all-time high. "The risk of becoming unemployed if you have a job has declined in recent years. It is now at 0.84 percent a month," says Thomas Bauer, vice-president of the Rhenish-Westphalian Institute for Economic Research (RWI) in the western city of Essen.

The flipside is that those with poor qualifications and the long-term unemployed, especially older workers, have fewer prospects of finding a job. Bauer expects "an additional increase in long-term unemployment, which currently affects a little more than a million people."

The labor market is not a statistical entity. Some 20,000 jobs are terminated and just as many are started in Germany every day. People with good qualifications don't remain unemployed for long. But things are more difficult for the more than 1.2 million people without vocational training. The longer they remain without a new job, the greater their risk becomes. In a highly specialized industrial society, unskilled work has become rare.

Focusing on the Long-Term

After he was trained as a heating engineer 10 years ago, Jörg Schäfer failed to find a solid job. To support himself, he worked odd jobs in a recycling plant, and as a mason's assistant and janitor. He was often unemployed in the winter, and the road to failure seemed predestined.

Now he is an apprentice once again, working at the Kielburger cabinet-making business in the Rhineland town of Winterbach. He has always liked carpentry. The craftsman who shows him how to operate machines is 25, five years younger than Schäfer, the apprentice.

Schäfer owes his second chance to a pilot project sponsored by the Bad Kreuznach employment agency, which, in late summer 2012, began encouraging the unemployed between 25 and 35 to attend training programs. Now his unemployment benefits and the €400 ($552) remaining from his training stipend are enough to pay for his rent and car.

The Bad Kreuznach experiment has since turned into the national "Late Starter" initiative. By 2015, the Federal Employment Agency (BA) plans to motivate 100,000 young people without qualifications to enter vocational training programs. "Instead of emphasizing short-term measures, we have to focus more heavily on long-term qualification," says BA executive board member Heinrich Alt.

But not everyone looking for a job can be turned into a fully competitive employee. Many come with several obstacles to job placement, and they form the hard core of unemployment. Since the introduction of basic security benefits for job seekers in 2005, about 300,000 people haven't worked a day in a job subject to social insurance contributions.

"For people who did not manage to complete a classic training program the first time around, we need more options, through the use of training modules and partial qualifications, to help them gain a foothold in the job market once again," says Holger Bonin, an economist with the Center for European Economic Research in the southwestern city of Mannheim. Flexible solutions are also needed to further elevate the job market's "silent reserve," including people like Katharina Dries, a 40-year-old paralegal who studied law for five years.

Dries didn't work for almost 12 years. While her husband supported the family as an opera singer, she raised their three children in the Bavarian town of Simbach am Inn. She did the things women in the town normally did. She ran the children's choir, organized mother-and-child groups and helped run the parents' council at the local elementary school. The family moved to Hanover in northern Germany in July, and now she is looking for a job.

Because she received her training so long ago, the employment agency treats Dries as an unskilled worker. What's more, to be able to enter the job market once again, she needs someone to watch her school-age children, as well as a training program she can complete while performing her family duties, such as a part-time program or evening courses. 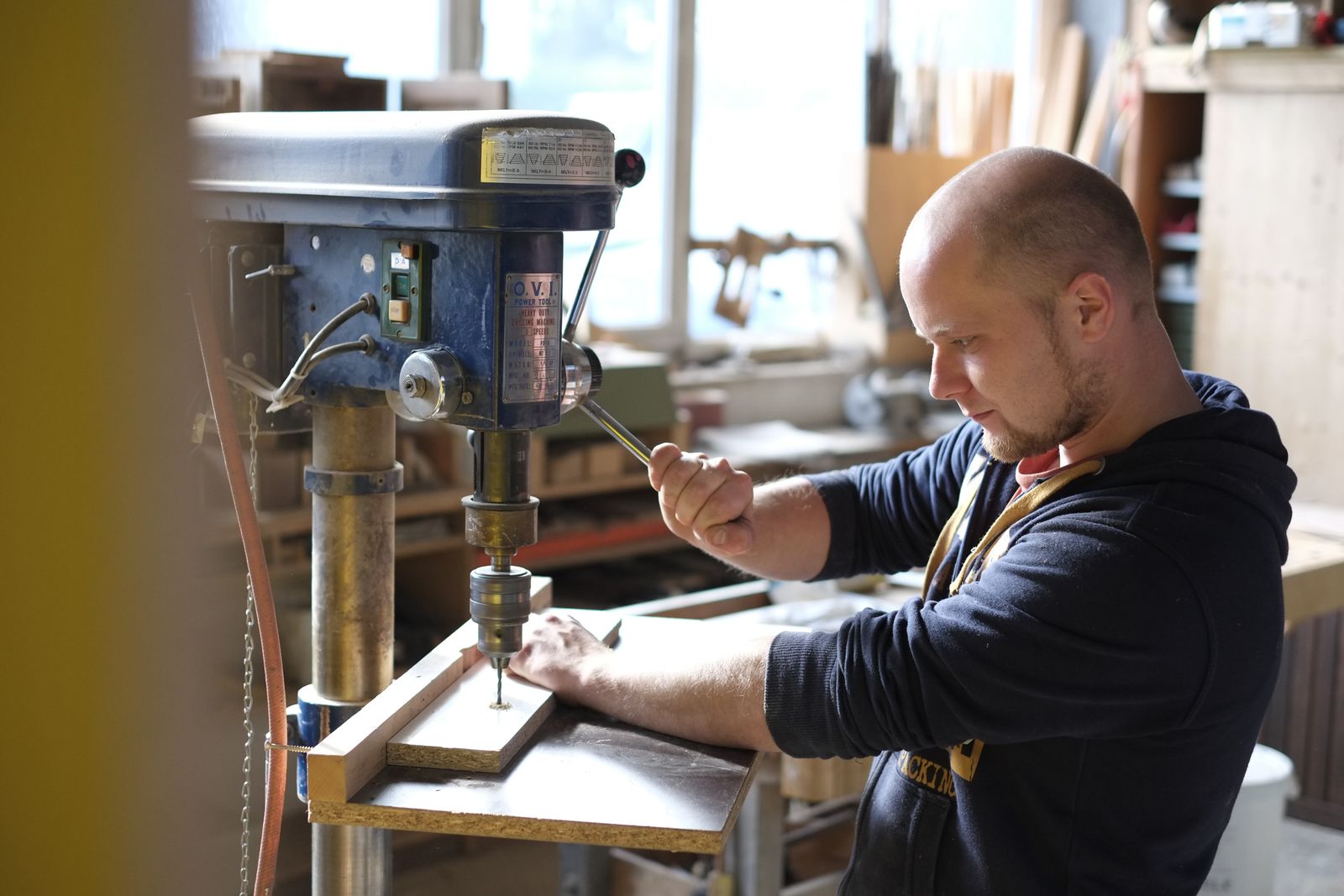 After years of unemployment, Jörg Schäfer has found work as an apprentice thanks to a new pilot project.