Under normal circumstances, it would have been a pleasant evening: Trans-Atlantic partners have a drink together, chat about world politics and reassure each other about how much they value their relationship. Yet the National Security Agency spying scandal turned a visit by two US representatives to Berlin on Monday into an excruciating session of couples therapy, with serious accusations on both sides.

The two-man delegation, Senator Chris Murphy of Connecticut and Representative Gregory Meeks of New York, both Democrats, were sent by Washington to get a feel for the sentiment in Berlin ahead of a potential visit by Secretary of State John Kerry to greet a new German government.

For decades, Germany thought of itself as a close partner of Washington. Then, as the extent of the NSA's surveillance became clear, it was abruptly forced to draw a new conclusion: Germany is a third-class ally that the US trusts so little that it monitors German phone calls, emails and text messages. It even tapped Chancellor Angela Merkel's mobile phone.

"We understand the depth of the damage that has been done," said Senator Murphy, 40, an up-and-coming politician with foreign policy ambitions. Speaking later at the Bertelsmann Stiftung think tank, he acknowledged European skepticism over President Barack Obama's orders to review US surveillance practices. "I know to many this looks like window-dressing," he said. "But this president is sincere."

The press conference with acting German Foreign Minister Guido Westerwelle on Monday evening was the only public appearance that Meeks and Murphy made. They met earlier with other German officials, including Thomas Oppermann, chairman of the parliamentary oversight committee on German intelligence, and will travel to Brussels on Tuesday.

US Also Unsatisfied with Relationship

Things can only get better in the future, Murphy said at the Bertelsmann Stiftung. The planned free-trade agreement between the European Union and the US was almost like a "honeymoon," he said. And "oh boy," he mused rhetorically, wouldn't it be great if we could work together more closely on security matters? The question sounded almost accusatory, implying that Washington, too, was unhappy with the current state of trans-Atlantic relations.

Victoria Nuland, newly appointed assistant secretary of state for European and Eurasian affairs, said it more explicitly at the Atlantic Council in Washington earlier this month. "I'm also dismayed that allies expect to sleep safely at night on the cheap," she said. In other words, Europeans can't keep cutting their defense budgets and expect the US to pick up the tab and play world police.

Murphy also admonished Germans not to forget that the US is not the only bad guy. The analysis of metadata, he said, was conducted in cooperation with German intelligence.

The word "sorry" never once crossed the lips of the senator. The closest he came to it was saying he personally found "no excuse" for the monitoring of Chancellor Merkel's mobile phone, and that he was glad that it was over.

When it came time for questions from the audience, German Internet activist and Pirate Party member Anke Domscheit-Berg raised her hand. But, rather than a question, she had prepared a long statement. "I admired Obama," she said. "Now I'm disappointed." The United States was using "totalitarian methods" that remind her of the time under the communist government of East Germany.

Murphy answered that there were "good people" running the surveillance programs. He said he understood that each side sees the trans-Atlantic relationship from its own perspective -- the Germans have their history, "and we have 9/11." The mutual -- he repeats, mutual -- surveillance programs prevented attacks in Europe and the United States.

The subject of Edward Snowden, whom many in Germany see as a hero, prompted a warning from Murphy. He described Snowden as someone who shared information with countries like Russia and China, implicitly calling Snowden a traitor. And the United States would certainly not be pleased if Germany invited him to testify here, he said. Meeks echoed that he agreed with Murphy "100 percent" on the matter.

Meeks, 60, represents part of the Queens borough of New York City. He mostly left the stage to Murphy, who chairs the Senate foreign relations subcommittee on European affairs. Yet, when the exchange of words threatened to become derailed, Meeks stepped in to mediate.

He said that he, too, was concerned about striking the right balance between security and privacy, and that he knew what it's like to feel collectively under suspicion, mentioning the African-American civil rights movement.

Murphy said he didn't want to linger on the past, but preferred to look toward the future. Meeks said working on improving trans-Atlantic relations would be a painstaking process, but that nothing worth so much is easy. 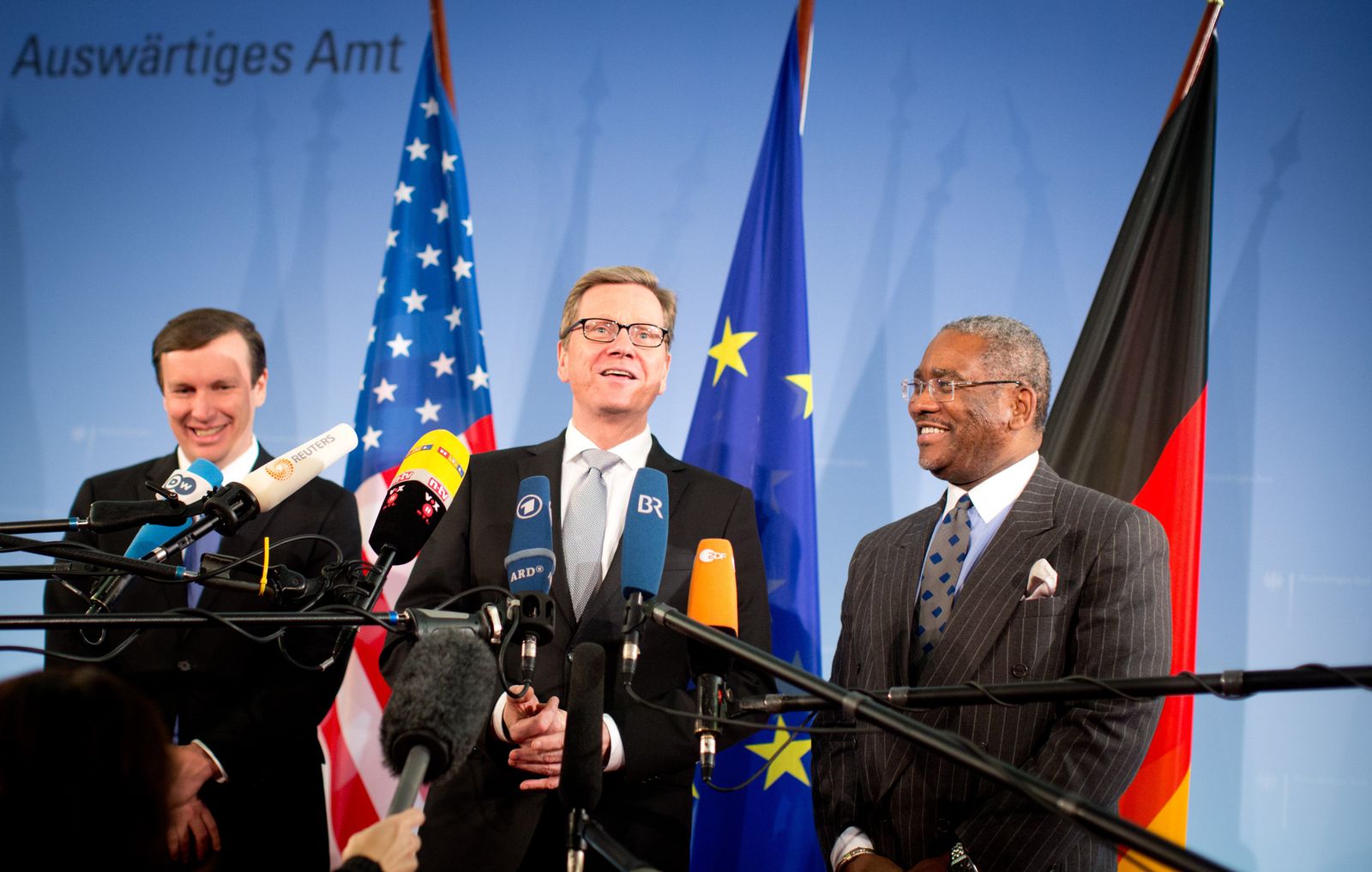