Normally, Daniel Bangert's Facebook posts tend to be of the serious variety. The 28-year-old includes news items and other bits of interest he encounters throughout the day. "I rarely post funny pictures," he says.

Recently, though, he decided to liven up his page with something a bit more amusing -- and decided to focus on the scandal surrounding the vast Internet surveillance perpetrated by the US intelligence service NSA. He invited his friends on an excursion to the top secret US facility known as the Dagger Complex in Griesheim, where Bangert is from.

He described the outing as though it were a nature walk. He wrote on Facebook that its purpose was to undertake "joint research into the threatened habitat of NSA spies." He added: "If we are really lucky, we might actually see a real NSA spy with our own eyes." He suggested that those interested in coming should bring along their cameras and "flowers of all kinds to improve the appearance of the NSA spies' habitat."

Perhaps not surprisingly, not many of his friends showed much interest in the venture. But the authorities did. Just four days after he posted the invitation, his mobile phone rang at 7:17 a.m. It was the police calling to talk about his Facebook post.

'I Couldn't Believe It'

Bangert's doorbell rang at almost the exact same time. The police on the telephone told him to talk with the officers outside of his door. Bangert quickly put on a T-shirt -- which had a picture of NSA whistleblower Edward Snowden on it along with the words "Team Edward" -- and answered the door. His neighbor was outside too so as not to miss the fun.

The police wanted to know more about what exactly Bangert had in mind. "I couldn't believe it. I thought: What? They are coming for such nonsense?"

Bangert says he answered all of the questions truthfully, saying that, yes, his intention was that of heading out to watch the spies. "The officers did smirk a bit," he notes.

How, though, did the police get wind of Bangert's planned "nature" walk? A spokeswoman for the police in nearby Darmstadt told SPIEGEL ONLINE that the US Military Police had found the Facebook post and passed it along to German officials. The Military Police are responsible for security within the Dagger Complex, but outside the fence, it is the Germans who are in charge.

Not long later, Bangert got another call asking him to report to Central Commissariat 10 of the German federal police. They too then sent an officer to his home. "The wanted to know if I had connections with (anarchist groups) or other violent people," Bangert says. He told the officers that he didn't, repeating over and over that he "just wanted to go for a walk."

The officers, says Bangert, were unimpressed and called him a "smart aleck," before hinting strongly that he should obtain a demonstration permit before he embarked on his outing. They then told Bangert not to post anything about their visit on the web.

Bangert took their first piece of advice, registering his "demonstration" even though, as he says, "it wasn't supposed to be one." But he ignored the police's second suggestion and reported on their visit on his Facebook page. "How much more proof do you need," he wrote. "Everyone says that they aren't affected. But then I invite people for a walk and write obvious nonsense in the invitation and suddenly the federal police show up at my home."

The police spokeswoman sought to play down the incident. The officers from Central Commissariat 10 are responsible for public demonstrations, she said. And the fact that the American Military Police reported the Facebook post isn't surprising either, she said. The police, she noted, usually only learn of publicly announced Facebook parties when they are notified by those affected.

More Walks in the Future?

Nevertheless, news of the incident spread rapidly via Twitter and blogs, and the local media reported on it as well. "My grandma was angry with me," Bangert says. "She said: 'You have to be careful or you'll get sent to jail.'"

He wasn't sent to jail, of course. But the added interest in his invitation meant that some 70 people gathered on Saturday for the NSA safari in Griesheim -- along with two police cars, one in front and one behind. "Some members of the group tried to get the NSA spies to come out of their building," Bangert wrote on Facebook afterwards. Unfortunately, they didn't see "any real NSA spies." But they had a good time nonetheless -- to the point that many suggested another walk just like it.

So is he planning a repeat? "I didn't say that and I didn't write it anywhere," Bangert replies. The smart aleck. 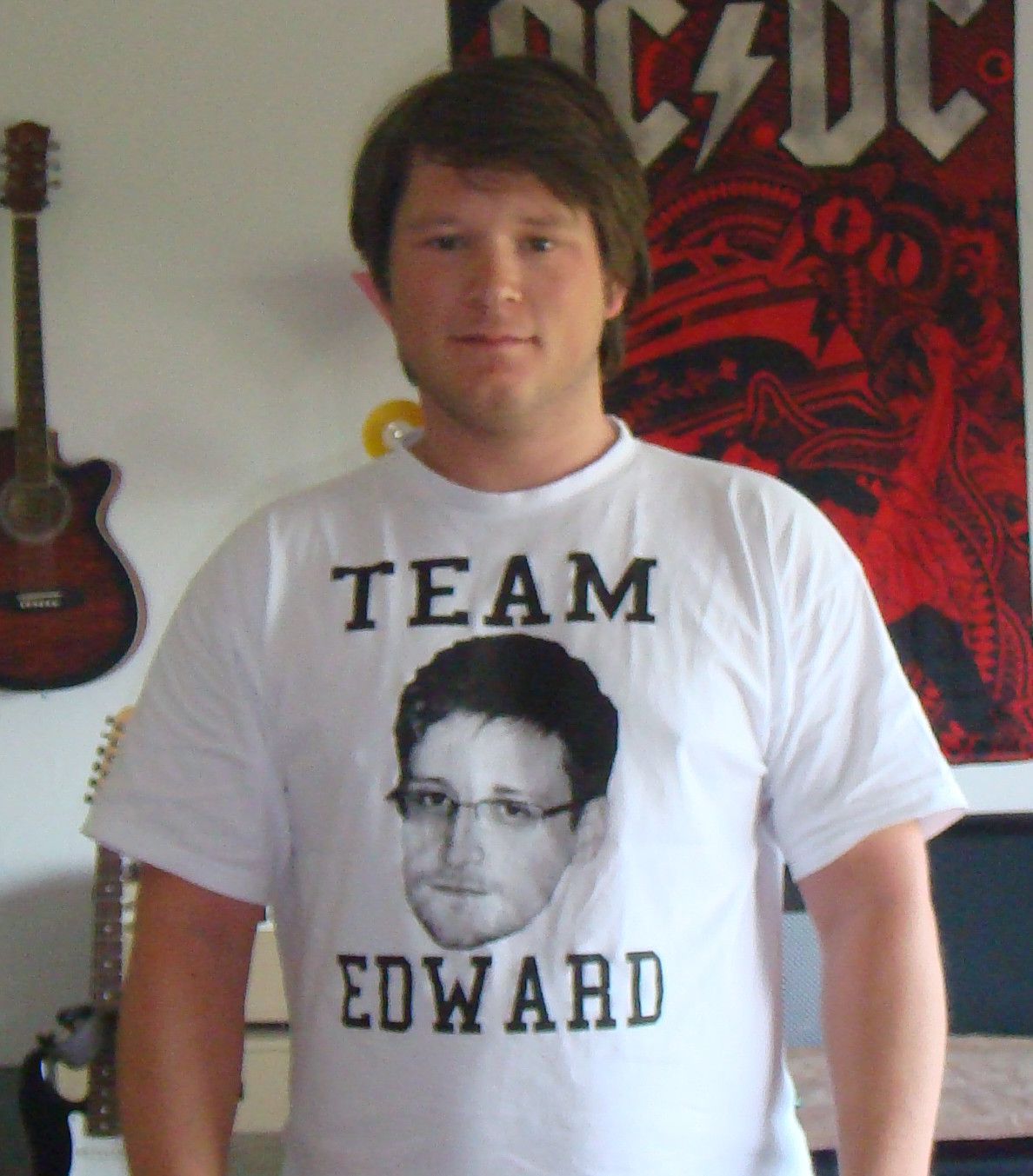 Daniel Bangert just wanted to go for a walk.