The compound Propofol has long been the most popular anesthetic drug in the United States, with some 50 million doses administered in the country's hospitals and other medical facilities every year. But plans by several US states to begin using the drug for executions have drawn wide concern in the European Union, where near 90 percent of the Propofol supplied to America is manufactured.

Now, out of concern that EU regulations will result in severe restrictions on the drug's export, the German pharmaceutical firm that is the top manufacturer of Propofol, as well as advocacy groups in the US, are scrambling to prevent the drug from being used for lethal injections.

The state of Missouri announced on Wednesday it would send back a shipment of Propofol it had planned to use for executions after the German manufacturer voiced concern. Fresenius Kabi, by far the largest supplier of Propofol to the US, instructed its distributors last August not to ship the drug to any departments of corrections in the country after several states said they planned to use it for lethal injection. But the Louisiana-based distribution company, Morris & Dickson LLC, sent the shipment to the Missouri Department of Corrections by mistake.

"We learned about such plans of certain states in the US to use Propofol for executions last year. And this was when we implemented tighter distribution controls," said Matthias Link, a spokesman for Fresenius Kabi. The company's concern is that Propofol, if used for executions, could be placed on the EU's list of export restricted substances under the so-called Torture Regulation, which would then severely restrict US access to the popular drug. Capital punishment is illegal throughout the EU.

Were Propofol to be classified under the Torture Regulation, Link explained, it would mean layers of added bureaucracy and three to six month waiting periods for every shipment. "Any executions with Propofol would lead to an extreme shortage," he concludes.

An EU spokesperson told SPIEGEL ONLINE on Thursday that officials in Brussels "continue to monitor the situation" and that the bloc is conducting an "ongoing review which is in its final phases."

"Fresenius Kabi and another manufacturer, B Braun, have informed us of the measures they took last year immediately after Missouri's intention to use Propofol for capital punishment became public," said Maja Kocijancic, a spokesperson for Catherine Ashton, the EU's high representative for foreign affairs. If the review results in Propofol being classified under the Torture Regulation, Kocijancic continued, "we would then apply export controls. Supplies to US hospitals (and other facilities) would need an export authorization, but would still be possible."

The Missouri Department of Corrections said Wednesday in a press release that it still retains a supply of domestically manufactured Propofol. Missouri Governor Jay Nixon, whose office did not respond to SPEIGEL ONLINE's request for comment, said earlier in the week that the state would go forward with two planned executions, currently scheduled for Oct. 23 and Nov. 20.

Nixon went on to say that American court systems, not European politicians, would dictate death penalty policy in Missouri. The executions would be the first to use Propofol.

"We are concerned even though Missouri has returned drugs," says Fresenius Kabi spokesman Link. "It could still lead to a restriction of Propofol, even if they were to use drugs received from other sources ... From an EU regulatory standpoint, there is no distinction made between Propofol being used for therapeutic purposes and that being used to execute people."

The Missouri Correctional Department's decision to return the shipment of Propofol comes a day after it responded to an open records request and subsequent law suit filed on Oct. 4 by the American Civil Liberties Union.

One of the documents released by Missouri to the ACLU and now made public contains an email sent on Nov. 2 from the distributor to Missouri Corrections Department Director George Lombardi in which he says that "a system failure that inadvertently allowed" the drug to be sent to Missouri had caused the manufacturer to suspend its business with the company. "Please -- please -- please HELP," the email continues. "This system failure -- a mistake -- 1 carton of 20 vials -- is going to affect thousands of Americans."

Both the Food and Drug Administration and the Missouri Society of Anesthesiologists have also voiced concern over the state's use of Propofol for lethal injection. And a pending lawsuit filed on behalf of 21 death-row inmates argues that injection of the drug constitutes cruel and unusual punishment.

Propofol is the most popular anesthetic drug in the US, used in a variety of surgical procedures in some 15,000 hospitals and clinics. It came to public attention in 2009, when it was blamed for the death of American pop star Michael Jackson.

US states have been searching for alternative sources for lethal injection drugs over the past couple years, as tighter European export controls have led to many pharmaceutical firms banning distribution for executions.

Neither the Missouri Corrections Department nor Morris & Dickson could be reached on Thursday for comment. 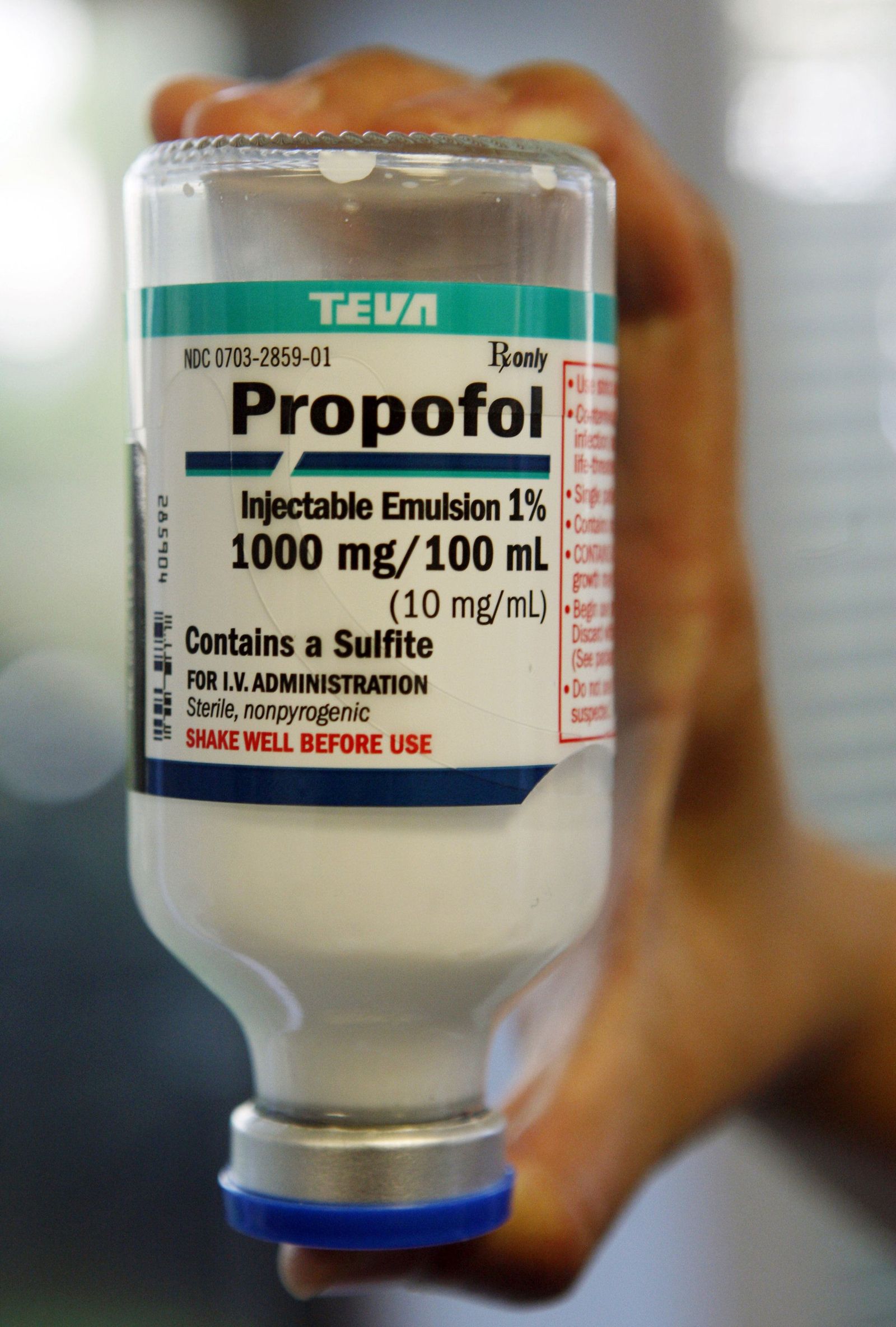 Advocates worry that EU sanctions on Propofol due to its use in lethal injections could lead to a shortage of the anesthetic in US hospitals.