Germans should finally give it a rest and stop all the worried talk about how their military plans to use armed drones in combat. After all, Defense Minister Thomas de Maizière has spoken, and it's apparently no big deal. "In ethical terms," he says, "a weapon should always be viewed neutrally."

But this comment alone is reason enough to further scrutinize the issue. Franz Josef Strauss, de Maizière's evilest predecessor at the Defense Ministry, said weapons aren't evil, just their use -- and even then only sometimes. That was in the 1950s, when Strauss was trying to equip the new Bundeswehr, Germany's postwar military, with nuclear weapons.

The Basic Law, as Germany's constitution is called, allows Germans to cite reasons of conscious in refusing to take up arms for the country, thereby respecting their opposition to weapons on ethical grounds. In fact, the very first section of the constitution's very first article says respecting "human dignity" is "inviolable" and elevates it to the status of the supreme "duty of all state authority."

The question is: Can a country with a constitution like Germany's justify the acquisition of remote-controlled killing machines? The quick shooters among experts in the international laws on warfare aren't at all troubled by the issue. Of course, they argue, one could employ armed drones in situations that are problematic in terms of international law. But that doesn't mean one has to. For example, using these weapons against terrorists would violate international law if the targets weren't directly involved in an act of war -- just as it's the case when it comes to using any other weapon. So, the dominant mindset in the Defense Ministry asks, why should people find drones so particularly objectionable?

However, pacifists aren't the only ones warning about the killer machines. It's also critical observers of modern, so-called "asymmetric warfare." These days wars are hardly ever fought between sovereign states, they argue. Instead they are waged at an almost subcutaneous level -- through assaults and other acts of terror carried out by individuals acting either of their own accord or with government control. Indeed, this change has altered the very meaning of the term "weapon."

Changing the Rules of the Game

As long as they were part of an organized legal order of war, weapons were used in regrettably violent, yet still legitimate conflicts between those who held the state's monopoly on the use of force. Accordingly, there was a codification of rules holding that weapons of war could only be used against representatives of the opposite side that were both uniformed and armed. The "enemy" in such a conflict bore the name of a country. The war was thought about in terms of a battle between nations rather than a hunt for humans. Likewise, at the domestic level, having armed agents go after private individuals was viewed as a task solely reserved for the police. People who committed or planned an evil act were called "criminals" rather than "combatants."

To the horror of international law experts, drawing such differences has been almost impossible ever since US President George W. Bush declared his "War on Terror" just days after the 9/11 attacks. The hunt for terrorists is a hunt for individuals, for well-organized criminals. Whether in Pakistan or Yemen, the hunt is waged by soldiers bearing weapons of war.

The most confusing part about mixing up a manhunt for criminals and a war are its "legal" consequences: In civilized countries that respect the human dignity of their opponents, criminals are detained before a trial rather than executed without one. Turning what used to be a collective enemy into an individual, into an opponent with a particular name, has also had an effect on where war is waged. Deadly weapons are no longer used only within the territory of states that have been attacked or are defending themselves. Instead, they are used wherever the target resides, no matter where in the world.

This has effects on how nations get along with and relate to each other. The "new wars," as they have been dubbed by prominent German political scientist Herfried Münkler, could very well usher in the demise of the political order of sovereign states that has been in place since the Peace of Westphalia in 1648. But what could replace it? A global police state?

The armed, unmanned aircraft is the weapon of the new war. It permits the use of dependably deadly force against individuals once their location has been determined. The enemy of the officers who work with this weapon isn't called North Korea or Somalia. It is Osama bin Laden -- or anyone for that matter. There are no longer any battlefields in the hunt. There's no longer anywhere on the planet where a person can imagine that he or she is safe from being found by a drone remotely controlled by German military officers and, if necessary, pre-emptively liquidated.

In all of this, one can also not exclude the possibility that one of de Maizière's new killing machines will execute a suspected terrorist fighter right outside the defense minister's own front door. Indeed, Germany's highest court, the Federal Constitutional Court, has ruled that the Bundeswehr can also employ its weapons in German territory under exceptional circumstances entailing a worst-case scenario. Thus, in the age of the new war, the German constitution's guaranteed respect for human dignity appears to be no longer "inviolable" -- or at least not always. 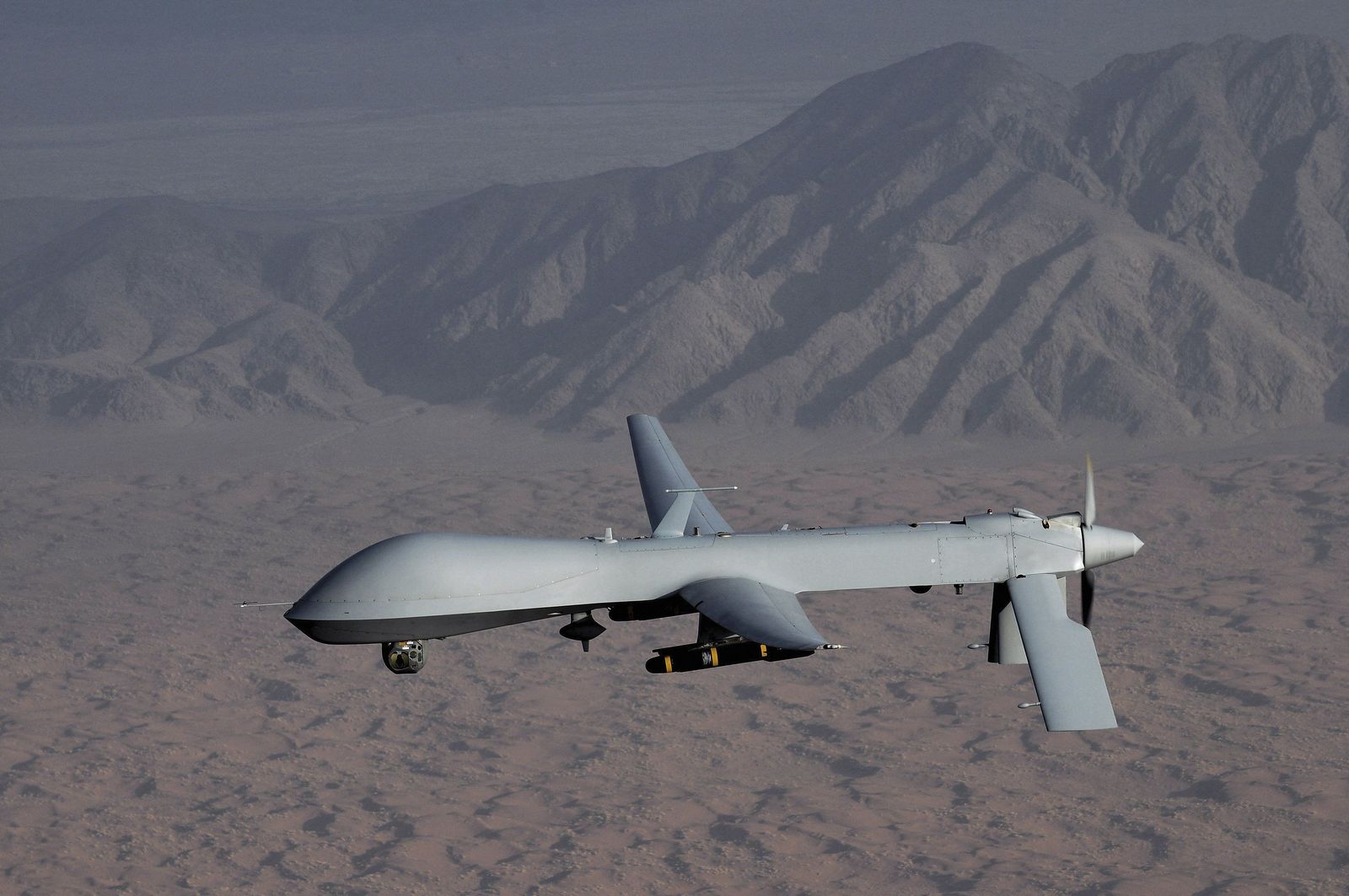 Does Germany's constitution allow the use of armed drones, such as this American one?