Few would accuse the "Valley of the Wolves" Turkish film and TV series of being overly sensitive. The formula is simple: Turks are honorable and courageous; action hero Polat Alemdar, played by Turkish movie star Necati Amazbased, can do no wrong; Americans are suspect; and Israelis -- well, Israelis are inhuman and brutal.

Now, the newest installment -- a film based on the Israeli attack on the Mavi Marmara, a Turkish aid ship carrying pro-Palestinian activists to Gaza in May 2010, which resulted in the deaths of nine Turks on board the ship -- has proven too much for Germany's film classification board, the FSK. The board has temporarily blocked the movie's release in Germany, and it remains unclear under what conditions the picture might be shown at all.

Of particular concern are allegations that Israel and Israelis are portrayed negatively in the film. Furthermore, the planned release date of Jan. 27, which is International Holocaust Remembrance Day, is seen as insensitive.

"To release a film like this on such an important day of remembrance is beyond tasteless and insensitive to the feelings of the victims," said German parliamentarian Philipp Missfelder, a member of Chancellor Angela Merkel's Christian Democrats (CDU).

'I Have Come to Palestine'

The FSK has so far refused to grant the film, called "Valley of the Wolves Palestine" a youth rating certificate, which automatically places it in the adult category. German law forbids adult-rated films from being marketed using posters and other forms of public advertising. The film board will meet again on Thursday to review the decision. Should it be upheld, the movie's distributor, Pera Film Ltd., would be able to appeal to the Federal Department for Media Harmful to Young Persons.

A Pera spokesperson declined to comment on Wednesday, saying the company would wait for the FSK ruling scheduled for Thursday. She said Pera would abide by the decision to postpone the release date.

The film's plot centers around superhero Alemdar's hunt for the commander who ordered the raid. It involves Israelis planning the creation of a "Great Israel" and, in one scene, shows an Israeli soldier questioning Alemdar about why he came to Israel. "I have not come to Israel," the hero responds. "I have come to Palestine."

In another scene, an Israeli soldier threatens Alemdar by saying: "Know that you can't escape our promised lands!" The hero says in response: "I don't know where you were promised ... but I promise you it's graves!"

The film is a spin-off of the Turkish television series "Valley of the Wolves," which, due to its depiction of Israel, caused a diplomatic tiff between Israel and Turkey last year. The TV show and the movies it has spawned have also been sharply criticized within Turkey and in other countries.

Kerstin Griese, a German parliamentarian with the center-left Social Democrats, called the movie "problematic, because it glorifies violence and anti-Israeli sentiment."

The 2006 film "Valley of the Wolves: Iraq," directed by Osman Sinav, was the most expensive movie ever made in Turkey and was a box office smash. The blockbuster was based on the real-life arrest of a Turkish special unit by US troops in Iraq.

In the film, Alemdar charges in to avenge the humiliation of his countrymen and much carnage ensues. The film's anti-American and anti-Jewish sentiment caused outrage when it was released in Germany in 2006.

The bad guys were played by B-listers Billy Zane, as a US commander, and Gary Busey, as a Jewish US army doctor involved in organ trafficking. Cinemaxx, one of Germany's largest cinema chains, eventually pulled the film from its screens. It remains to be seen whether German cinemas will screen the latest in the series. 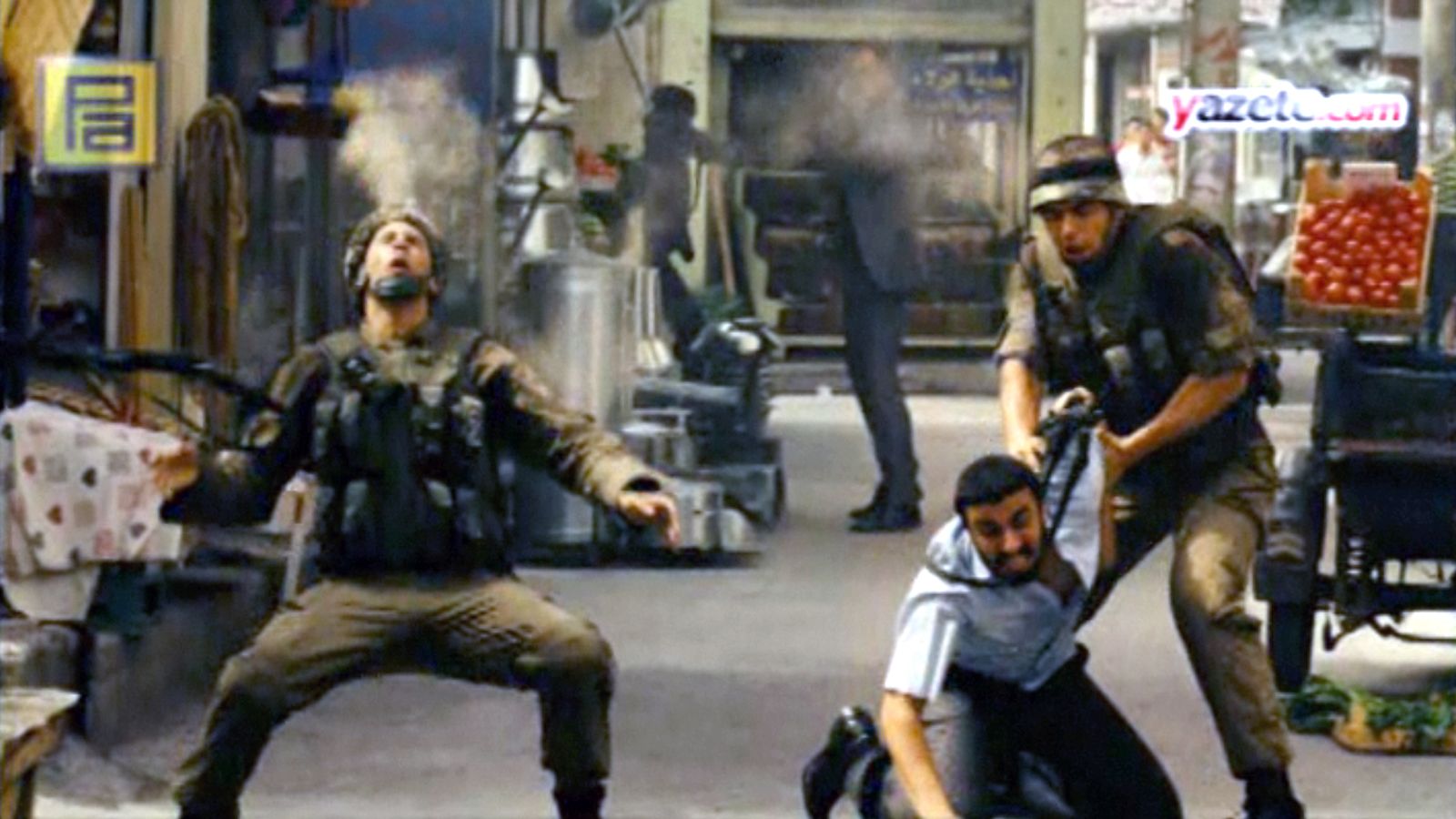 A scene from "Valley of the Wolves". The film has been accused of being anti-American and anti-Semitic.