Police in Munich have been ordered to remove a calendar produced by one of the state's police unions from their offices, because the cartoons it features have been deemed to be racist and otherwise insensitive.

Munich police chief Wilhelm Schmidbauer this week ordered police workers not to hang the calendar, a police spokesman said. The Bavarian chapter of the national German Police Union, which distributed 3,000 copies of the calendar, has defended itself against the accusation.

The dispute centers around a caricature featured on the calendar's March page that features an arrested black man depicted with thick red lips. The contents of a speech bubble coming from the man's mouth, written in broken German, include a pun on the German word for suppressing evidence that is an apparent play on a "darkening" of the population in Germany.

Another image in the calendar shows young men beating each other up who all appear to be of immigrant origin. A January caricature of the Bible's Three Wise Men features a black wise man who has to collect camel manure. August, meanwhile, features a suicide bomber and a police man who tells the terrorist: "Hurry up and blow yourself up! I have other things to do today!"

A spokesperson for the Munich police force said officials were concerned the caricatures might be misinterpreted. "In order to send out a message that they will not be misunderstood, the calendars are no longer allowed to be hung here," he added. Munich police chief Schmidbauer told public radio station Bayerischer Rundfunk that the comics were incompatible with the values of the police force, even if the freedom of expression through art is an important part of Germany's constitution.

But Hermann Benker, the head of the union responsible for distributing the calendar, defended the images. "I can't understand what all the fuss is about," he said. "People are acting as if there is no such thing as police jargon." The jokes in the comics, he said, were a play on this jargon. "It's a type of gallows humor that our understaffed police colleagues have used for years now to get by. It has nothing to do with the disparaging of any group of people."

Benker said his organization has produced the calender for six years without any complaints -- at least up until now. 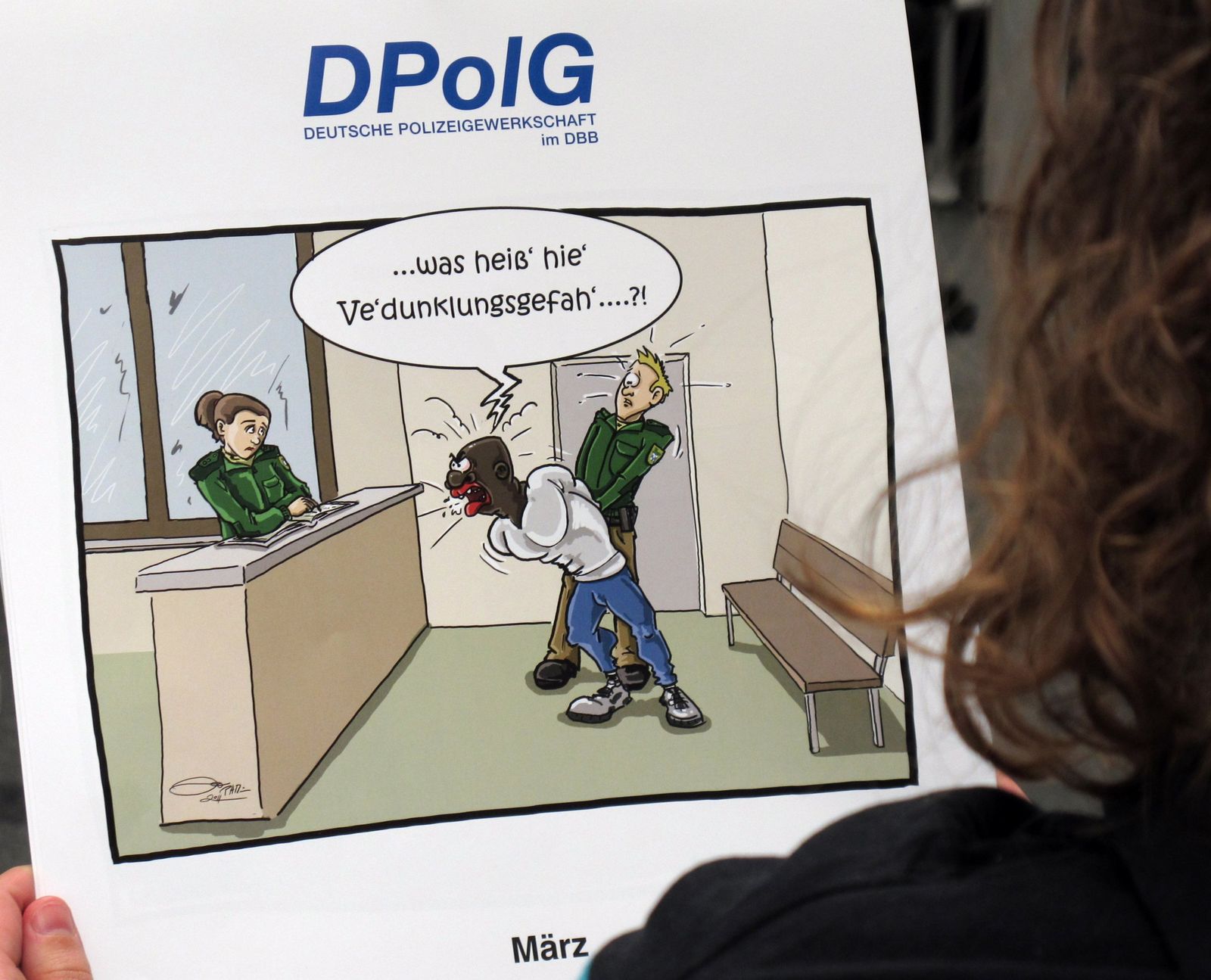 Police officials in Bavaria have banned officers from hanging copies of a calender featuring racist caricatures in their offices.