After a mere five hours of debate, Germany's Social Democrats (SPD) formally withdrew a petition on Thursday to revoke party membership for firebrand politician Thilo Sarrazin, a former board member of Germany's central bank who drew widespread criticism for his extremely critical descriptions of Muslim immigrants in a bestselling book.

In an announcement that came surprisingly early, an arbitration committee of a local Berlin district chapter of the SPD -- which had been hearing petitions submitted from officials at the local, state and federal chapters of the party -- said all the requests for Sarrazin's exclusion from the Social Democrats had been withdrawn. The decision came after Sarrazin issued a statement in which he said it had not been his intention with his book to "discriminate against groups, particularly migrants." This was the second failed attempt in two years to ban Sarrazin from the center-left party.

The head of the arbitration committee, Sybille Uken, said a "constructive, respectful, serious and intense discussion" had been carried about by those involved in the case. "We have agreed not to allow the SPD to be divided," she said. Andrea Nahles, the national party's secretary general who led the proceedings against Sarrazin, refused to comment on the decision to drop the case, as did Sarrazin.

SPD leaders had accused Sarrazin of grave violations of the party's principles in his national bestselling book "Deutschland schafft sich ab," or Germany Does Itself In. The former Bundesbank central banker raised the ire of his party with his theories on integration and heredity covered in the book. In it, he claims that Muslims in Germany generally have worse levels of education than ethnic Germans and that intelligence is largely hereditary. He also wrote that educational programs for Germany's underclass often failed and represented money that had been falsely invested. SPD leaders had argued that statements like that violated the party's fundamental principles of social equality and justice.

Sarrazin, who has been a member of the SPD since 1973, had already threatened to appeal any decision to ban him from the party, and it appears Social Democratic leaders wanted to avoid a protracted altercation.

'I Wanted to Promote Integation'

Sarrazin's personal statement, which SPIEGEL ONLINE has seen, is comprised of three points in which he largely defends his theories, but also finds a few words of regret.

The politician wrote that he did not intend with his book to express either "social Darwinist theories" or a "selective population policy." He said it was also not his intention to discriminate against particular groups or immigrants. "To the contrary, with my theses, I wanted to promote the integration of migrant groups who because of their origin, social background or religion were not prepared or in a situation to integrate more strongly," Sarrazin wrote. "At no point did I have the intention of violating Social Democratic principles with my theories," he added. "If members of the party feel that I have impaired their understanding of Social Democracy, then I regret that, even if it is my opinion that my book did not do so on any occasion."

Ralf Stegner, a member of the national party executive, expressed disappointment over the decision, although he said he would honor it. "However, the intolerant rubbish with which Thilo Sarrazin has recently earned a lot of money remains unacceptable," he said. And while not everything Sarrazin has written or said about integration policies in Germany is wrong, "his crude theories of heredity and education and integration policy nonsense has nothing in common with Social Democratic values."

Stegner also suggested that Sarrazin should leave the SPD of his own accord and join a right-wing populist party. Sarrazin, he said, should not use the SPD as a pulpit for his "trash." Instead, he went on, "he should change to a party that uses these kinds of slogans."

Others, however, greeted the decision. Sebastian Edathy, a member of the SPD in the federal parliament, the Bundestag, said the "compromise which has been made means that Thilo Sarrazin has also had to deny himself," he said. "Only time will tell whether he means it seriously. But if he makes any new arguments based on biology or ethnicity, he will violate the agreement." He added that it would be smart to "accept his kow-towing instead of continuing with protracted proceedings to ban him from the party."

Public opinion also appears to be behind keeping Sarrazin in the SPD. A survey by pollster Infratest Dimap to be published in the Saturday issue of the daily Die Welt found that 60 percent of Germans believe he should be allowed to stay in the party. Of the members of the SPD, 62 percent said he should stay, versus 31 who supported his ouster.

Nevertheless, many see Thursday's decision as a blow to senior party leaders, including SPD national party boss Sigmar Gabriel, who had pushed publicly for Sarrazin's ouster despite the obvious diffiulties. With the SPD slipping in recent public opinion polls, Gabriel's defeat on the Sarrazin issue and the party's clumsy handling of the issue is unlikely to help. 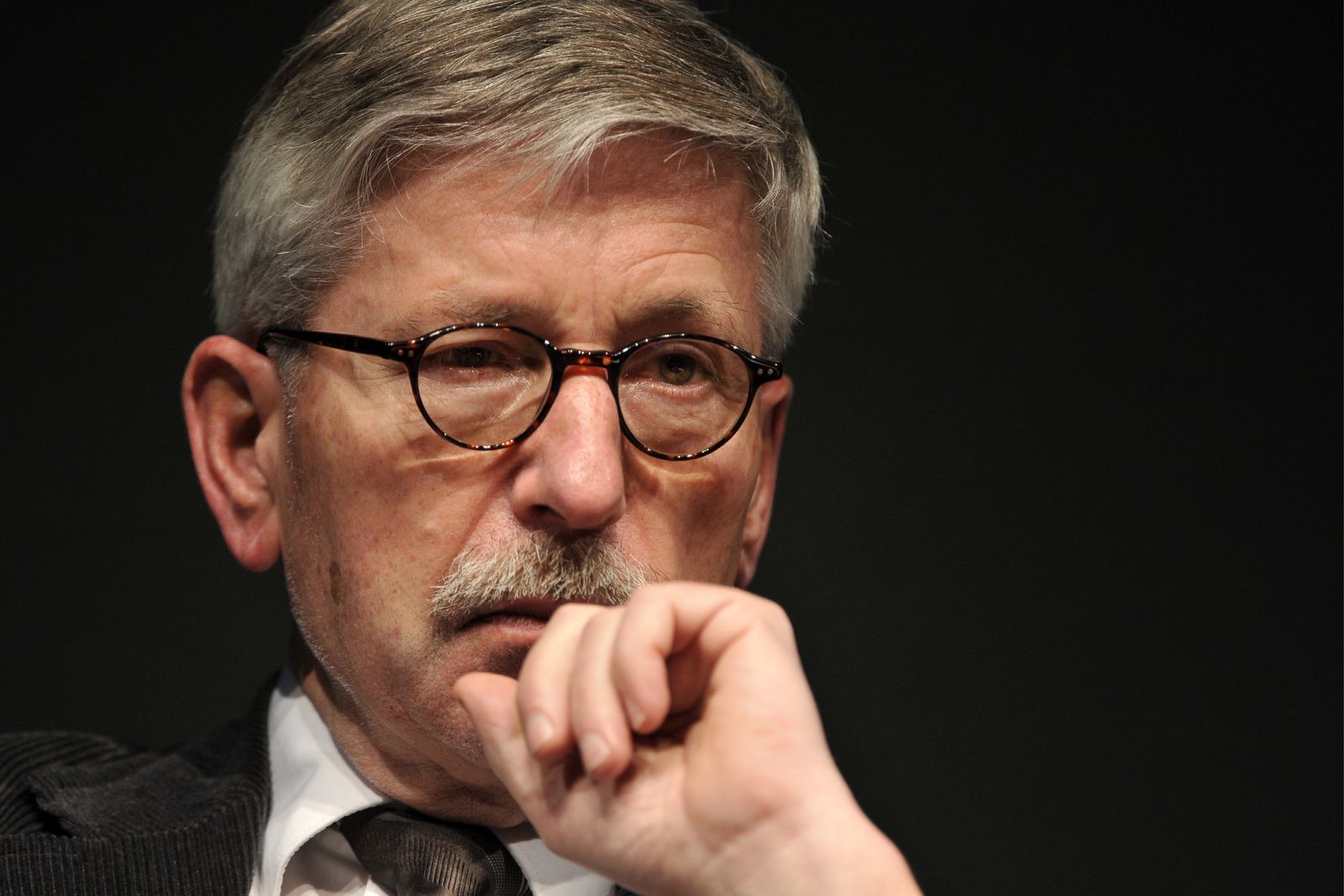 Thilo Sarrazin is to stay a member of Germany's Social Democrats.