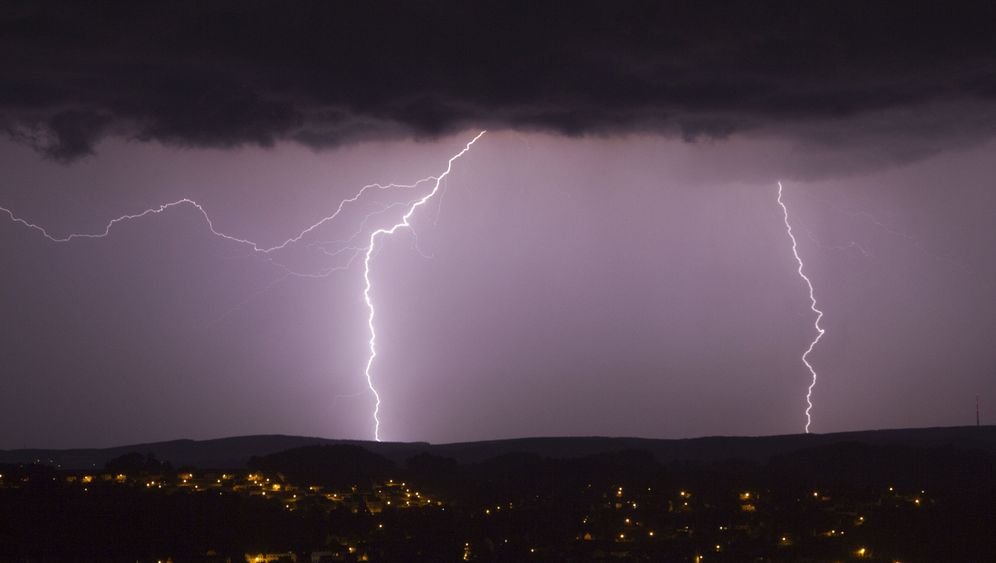 The band's name could hardly have been more appropriate. Just as the skies began to blacken above the eastern German heavy metal festival With Full Force on Saturday evening, the band Heaven Shall Burn took the stage. As the skies opened up over the 30,000 concert goers in the town of Roitzschjora near Leipzig, the group launched into one if its favorite songs, "End Times."

The first showers, heavy as they were, provided just an inkling of what was to come. Just before 2 a.m., the next black cloud parked over the stage. And the lightening it unloaded resulted in 51 injuries, three of them landing in the intensive care unit of a nearby hospital. Witnesses say that the lightning strikes sent some people flying through the air -- and left behind a wasteland of destroyed tents, panicked guests and a venue flooded with mud and deep puddles.

It was just one of the dozens of unusually strong thunderstorms that swept across Germany on Saturday night. Hundreds of people were injured either by flying debris kicked up by the strong winds or by lightening strikes. In Bavaria, a woman died when her car was crushed by a falling tree. There were dozens of reports of further injuries caused by falling trees and strong winds.

In Berlin, a thunderstorm put on a dramatic show at 3 a.m., with lightening flashing across the sky like a strobe light and deafening explosions rolling over the rooftops. The fire department reported that it received a record number of emergency calls and several fires resulted from the show. Only minor injuries were reported.

The storms on Saturday evening come just a day after a lightening strike on Friday morning killed three golfers in the state of Hesse. The three women were hit as they took shelter from a cloud burst in a small hut. The fourth member of the group remains in the hospital with serious injuries.