Gregor Gysi, the parliamentary group leader of the opposition far-left Left Party, feels surrounded by neo-Nazis whenever he visits his constituency office in the Berlin district of Niederschöneweide. The area is a bastion of right-wing extremists who have been renting more and more office space and shops nearby. "They want this to become 'their' street," says Gysi, adding that they damage or daub graffiti on the windows of his office almost every night. "But I won't let them drive me out," he vows.

Right-wing extremists have set their sights on left-wing politicians. Left Party members and the police have been counting at least four or five attacks a month nationwide, and it's often more than that. Windows keep getting smashed, fireworks explode in letter boxes, and cars, offices and apartments are damaged in arson attacks.

The most recent example was a smashed window in the Hamburg district of Hamm. Unknown assailants hurled stones at the office of Hamburg politician Tim Golke during the night of Dec. 25.

In addition, the lists of addresses found among the possessions of the suspected neo-Nazi terrorists known as the Zwickau cell contained many names of Left Party officials.

Extremists have also been attacking members of other parties, as well as foreigners, homosexuals, homeless people and police officers. But they have been targeting the Left Party with striking frequency, and with particular aggression.

It isn't just because both sides are to some extent competing for the same voters -- disenchanted people who feel they have been let down by society. Many neo-Nazis evidently can't forgive the Left Party for mobilizing resistance against far-right demonstrations and propaganda.

The security policy spokeswoman of the Left Party in the Bundestag, the lower house of the German parliament, Ulla Jelpke, has for years been submitting regular questions to the government, such as why there are so many holes in the statistics on victims of far-right crimes. She also asks where skinheads hold their concerts, and what the domestic intelligence service, the Office for the Protection of the Constitution, is doing about the far-right threat.

Steel Balls Fired Though The Window

Jelpke's archive in is high demand as a source of information, and the neo-Nazis are aware of this. Attackers have fired steel balls through the window of her constituency office in Dortmund, hurled a paving stone through the door, smeared graffiti on the walls and sprayed acid into the office. There were four such attacks last year alone. Jelpke has long since given up trying to find an insurance company that will cover her premises.

Figures compiled by the Left Party show there were well over 100 attacks on Left Party politicians and offices in the period from January 2010 to summer 2011, mostly in North Rhine-Westphalia and eastern Germany. Anonymous threats ("We'll get you all") are the most harmless cases.

Jörn Wunderlich, a Left Party Bundestag member from the town of Limbach-Oberfrohna in Saxony, was at home when neo-Nazis smashed his ground floor windows with iron bars. Luckily for him, they left without entering.

In the night of Feb. 18, 2010, the car of another Left Party official, Lutz Richter, who represents the party in the Sächsische Schweiz region of eastern Germany, was set on fire. The homes of his mother and his partner were daubed with threatening graffiti.

The car of Evrim Sommer, a member of the Berlin regional assembly, went up in flames outside her apartment almost two years ago. In the south-western town of Göppingen, someone tampered with the brakes on local councilor Christian Stähle's car and set fire to his letter box. The office of Left Party national treasurer Raju Sharma in Eutin, northern Germany, has been attacked seven times since February 2010.

Security Being Beefed Up

The Left Party leadership is disappointed at the lack of response from other parties. They are annoyed that the Left Party is to be left out of plans by the conservatives and the center-left Social Democrats to set up a commission to investigate mistakes made in the hunt for far-right terrorists.

"We of all people are being treated as parliamentary lepers in the fight against the far right," said Left Party MP Petra Pau, vice president of the Bundestag.

However, security precautions for senior Left Party politicians are being increased. Several dozen officials were informed that they were on the lists of the Zwickau cell. But their names were not made public, in order to prevent copycat attacks.

It is impossible to provide comprehensive protection. In most cases the police just take down the details and eventually drop the investigation. Regional and local party officials in particular will have to go on living with the threat.

Bodo Ramelow, Left Party parliamentary group leader in the state of Thuringia, has seen it all. Arson attacks against his office, a burglary, severed brake cables, loosened nuts on the car wheels of his deputy, death threats. Ramelow has been talking about far-right networks in Thuringia, where the Zwickau cell trio grew up, since the 1990s. "I would like to have been wrong," he says today.

His name is on the Zwickau list. "I would like to have spared my children the need to be trained in security measures by government agents," says Ramelow. He says he has nightmares and wakes up at night seeing the faces of Uwe Mundlos and Uwe Böhnhardt, two of the alleged members of the Zwickau cell who died on Nov. 4, 2011.

He already met the two neo-Nazis in the 1990s, before they went underground. They attended the trial of a neo-Nazi at which Ramelow had been called to testify as a witness for the prosecution.

The two men had posted themselves at the entrance to the courtroom like bodyguards to show their support for their friend Manfred Roeder, who was in the dock. When they sat down in the public gallery behind Ramelow, he recalls feeling that they "were a silent threat breathing down my neck." 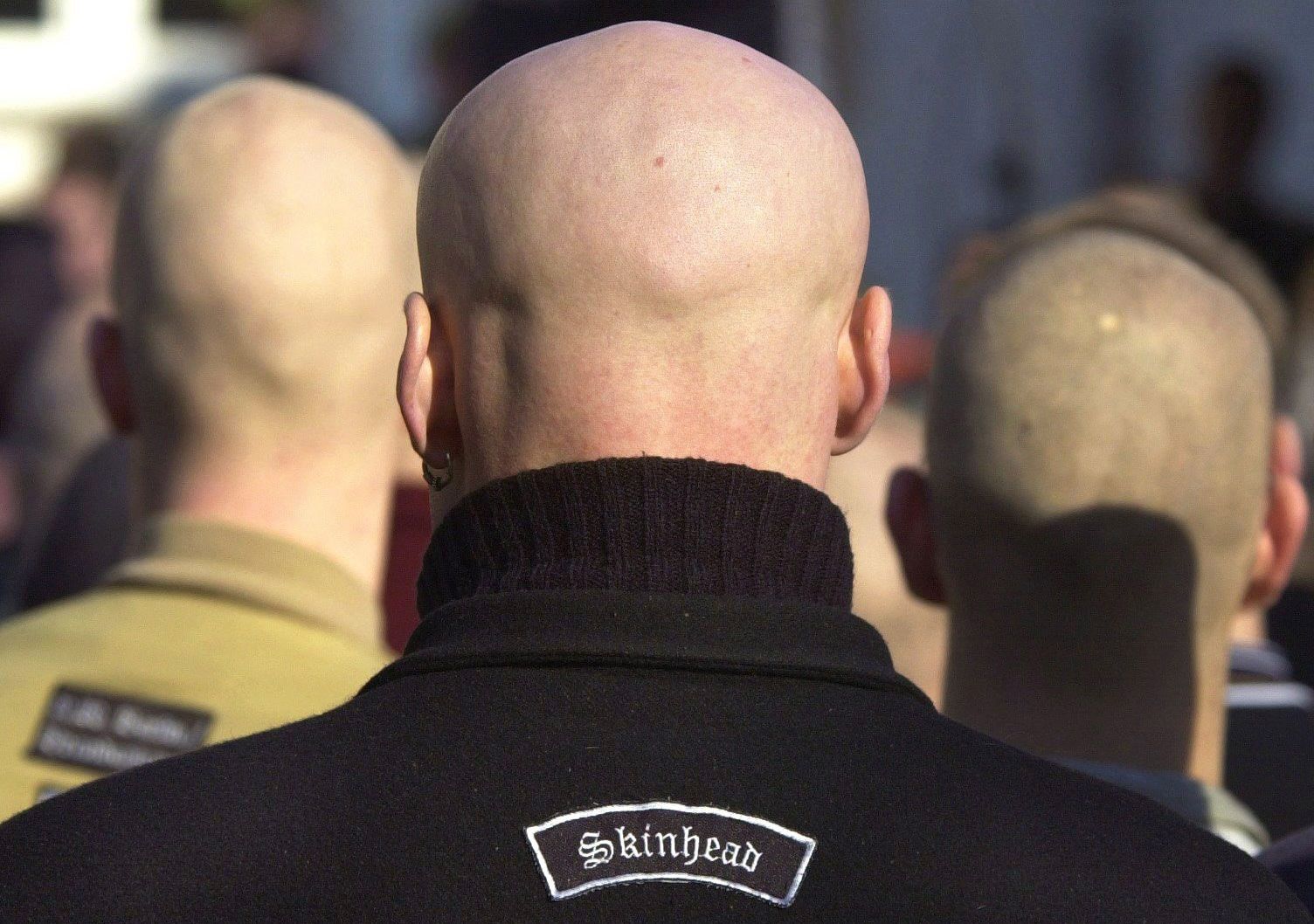 Far-right skinheads are seen in this archive photo from 2001.