The sheer size of the Jewish cemetery in Weissensee, in the north-eastern corner of Berlin, is testimony to the role Jews once played in German society. It stretches for 42 hectares (103 acres) and contains 115,000 tombstones -- it is the largest Jewish graveyard in Europe.

But these days, it is also one of the most decayed. Tipped over gravestones, overgrown vegetation and crumbling walkways bear witness to the decades of neglect. 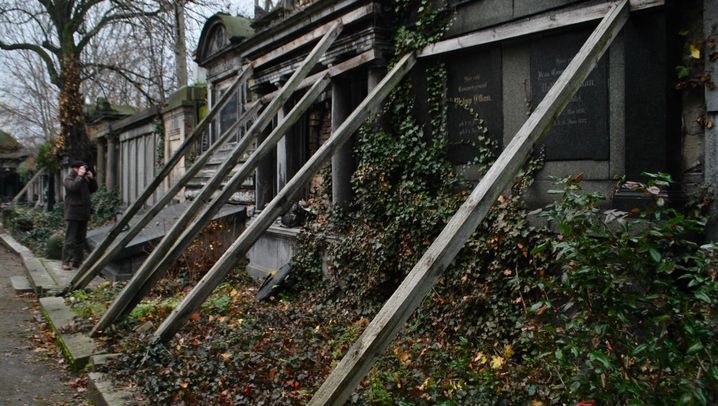 "This is not only largest Jewish graveyard in Europe, but it also a testimonial to the German Jewish history -- of which there hasn't been a great deal since the end of the Shoah," said Lala Süsskind, head of Berlin's Jewish community, this week.

Now, though, the vast cemetery, home to the mausoleums and graves of Jews who lived and died in Berlin well over a century ago, is getting a facelift. Germany's federal government and the city-state government of Berlin are each kicking in €995,000 ($1.5 million) to restore the graveyard wall, improve the paths and prevent the gravestones from deteriorating further.

While the sum won't nearly be enough for a complete overhaul, Süsskind welcomes anything she can get. "Our community is very grateful," she said at a press conference announcing the renovations. "We have never had that sort of money."

Prior to World War II, Germany had a thriving community of some 600,000 Jews, with many of them at home in Berlin. But Hitler's Holocaust reduced the number to 14,000. While the Jewish community in Berlin has seen something of a revival in recent years, the cemetery in Weissensee has continued to deteriorate.

The new renovation efforts aren't likely to go too far in restoring the graveyard to its former glory. It is estimated that a complete renewal would cost up to €245 million.

Berlin's Jewish Community is looking for additional financial backing from international organisations. Most notably, it applied in November to have Weissensee recognised as a UNESCO World Heritage Site. Such a designation would guarantee the site funding from the German government.

"With these renovations, we are hoping to increase our chances of getting onto UNESCO's World Heritage List," said Klaus von Krosigk, who heads up Berlin's efforts to maintain its historical monuments. "But Jewish cemeteries in Prague, Vienna, Mainz and Hamburg have also expressed interest." It remains to be seen whether Weissensee will unite with its sister cemeteries or go it alone.