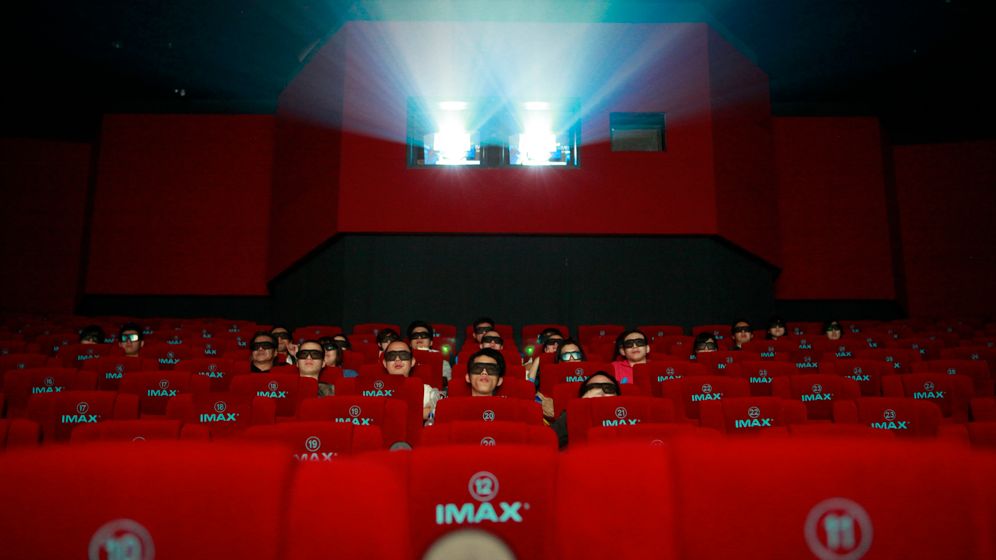 Kelly Cheng is one of several very wealthy Chinese wine enthusiasts portrayed in the documentary film "Red Obsession." One of the characters in the film, which will be shown at the Berlin International Film Festival, or Berlinale, which opens on Thursday, says: "The Chinese love to swallow Western civilization."

The film tells the story of how the wine business is shifting to the East. It depicts French winemakers bravely defending their wine cellars against the greed of their Asian customers. "Red Obsession" gives the viewer a foretaste of what could also happen in the film industry.

A study by the management-consulting firm Ernst & Young predicts that China will replace North America as the world's largest film market by 2020. "I think it'll happen before that," says Berlinale director Dieter Kosslick. "If the Chinese open up their market, there will be no holding back."

This year Kosslick is showing the Chinese epic "The Grandmaster" as the opening film. The director, Wong Kar-wai, is the jury president at this year's Berlinale. "The Grandmaster" tells the love story of martial arts master Ip Man, who trained Bruce Lee.

The Chinese firm Tesiro, as one of the festival's main sponsors, will provide jewelry for the stars on the red carpet. At the Berlinale film market, where dealers from around the world come together to buy and sell films, Kosslick is registering significantly more Asian companies than in the previous year.

Not just China, but also South Korea and Russia have become more important in the film business in recent years. The Russian market grew by almost 20 percent in 2012, with a film like "Ice Age 4" earning $50 million there, or more than half of its budget.

"We can no longer risk making an expensive film with a star who isn't popular in Asia," says Hollywood producer Jerry Bruckheimer ("Pirates of the Caribbean"). While American films earned up to two-thirds of their revenues in North America in the 1980s, today it averages only about one third.

Hollywood has been beset by fears of a sellout, ever since Indian investment firm Reliance acquired the majority of the DreamWorks film studio and a Chinese company bought the second-largest movie theater chain in the United States. Finally, in mid-January the Chinese electronics company TLC bought the naming rights to Grauman's Chinese Theater in the heart of Hollywood, one of the most famous movie theaters in the United States. It seems only a matter of time before the Chinese buy their first Hollywood studio.

It's happened once before, now more than 20 years ago, that Asians, specifically Japanese companies like Sony, acquired a number of studios. "China wants something different from Hollywood than what Japan wanted at the time," says American industry expert Thomas Plate. "It isn't as much about money as it is about know-how."

Of course, money isn't the only issue for Hollywood, either. America sees cinema as its very own art form, tailor-made for telling the world American stories and celebrating American values. "We'll still be making movies about American football in the future," says Bruckheimer, "but with much smaller budgets. That's because it's almost exclusively American viewers who are interested in football." Bruckheimer exhorts his screenwriters to think internationally and write roles for Asian stars into films.

"The days when you could make a lot of money in the cinema with the American dream are numbered," says Stefan Arndt of Berlin production company X Filme. Arndt produced "Cloud Atlas," the film version of the novel by David Mitchell, with stars like Tom Hanks and lots of German, Russian and Chinese money. The film tells six parallel stories that take place in six different ages.

It's about reincarnation and the transmigration of souls, "spiritual aspects that had great resonance in Asia," says Arndt. Because no US studio was willing to finance a film with a $100 million budget, Arndt took his project from country to country. "We raised the money within a few months."

"Cloud Atlas" has already played in Russia, where more than two millions viewers saw the film. That's twice the total audience as in Germany, and not much smaller than in the United States. "The film is about fighting for freedom and searching for salvation, which appeals to Russian audiences," says distributor Alexander van Dülmen, who co-produced the film and distributed it to theaters in Russia and Eastern Europe.

The movie theater business works differently in Russia than in the United States or Germany. "Almost every film stays in theaters for only two weeks," says van Dülmen, "which is why you have to make a big splash." In its first week, "Cloud Atlas" was playing in half of all Russian movie theaters, costing $3.5 million in PR alone. "It's a very lucrative but also a very risky market," says van Dülmen.

Last week the film had a successful premier in China, playing on 4,000 screens there. But Chinese moviegoers saw a noticeably shorter version than viewers in the rest of the world. The censors had cut "Cloud Atlas" by 23 minutes.

"The censors mostly zeroed in on the sex, but not the violence," says director Tom Tykwer. "The parts of the film that preach revolution against an existing system were also edited. But everything is there in the trailers, including gay kisses and sex scenes. Curious."

The censorship of Western films is common in China. For instance, references to prostitution in Shanghai were cut from the Bond film "Skyfall," and a scene in which a hired assassin murders a security guard was also removed. Chinese censors reach right for the scissors when it comes to matters of internal security.

Producer Bruckheimer thought it would be a good idea to cast Hong Kong star Chow Yun-Fat in his third "Pirates of the Caribbean" film. Unfortunately, the censors in Beijing didn't like the way the actor portrayed an eccentric Chinese man. They saw the character as a caricature and removed it completely.

This sort of censorship is somewhat pointless in China, because most Chinese are already familiar with the unedited versions of Western films before they appear in theaters -- from bootleg DVDs. Many of these DVDs are made in Russia. Whenever a film is shown in theaters there, DVDs with Chinese subtitles turn up in Beijing before long.

The Chinese try out films on DVD to decide whether they are worth seeing in the theater. Movie-theater tickets are only affordable for members of the middle and upper classes in China. With all surcharges included, they can cost up to $25 apiece. Those with little money have to make do with the DVDs. "In China, the movie theater is a place of social distinction," says Rolf Giesen, a professor of film animation in Beijing.

Film in China is almost exclusively a blockbuster business, and large spectacle films like "Transformers" and "Avatar" do particularly well there. Films like "Lincoln," "Argo," and "Zero Dark Thirty," which deal with American history, hardly stand a chance -- if they are even granted an import permit.

China is a heavily regulated market. At the moment, only 34 foreign films a year can be shown in the country. To get around this rule, American and European producers seek Chinese partners. "Cloud Atlas" is playing as a Chinese film, because 20 percent of the funding was Chinese.

Western producers' willingness to kowtow to Chinese sensitivities is beginning to border on self-censorship. The Hollywood film "Red Dawn" was supposed to be about an invasion of large parts of the United States by Chinese troops. After it was filmed, the producers used digital tricks to turn the Chinese into North Koreans.

Perhaps it's okay that, for economic reasons, American filmmakers no longer dare to vilify other nations, but if North Korea ever opens up to the West, Hollywood will run out of villains.

Asia's markets are so big that the studios are searching their archives for material to produce as remakes exclusively for local markets. There is now an Indian version of the gangster film "The Italian Job," as well as a Chinese version of the romantic comedy "What Women Want." The Japanese remake of Clint Eastwood's Western "Unforgiven" is in production. The Chinese film noir "A Woman, a Gun and a Noodle Shop," by Zhang Yimou, on the program at the Berlinale three years ago, is based on "Blood Simple," the directorial debut of the brothers Joel and Ethan Coen. The remake made more than 10 times as much in China as the original did in the United States.

Every year festival director Dieter Kosslick's success is measured by which Hollywood films he can attract for the Berlinale. This could very well be yesterday's benchmark.