German companies are astonishingly optimistic about their outlook despite the euro crisis, according to the Ifo institute's monthly business climate index, one of the country's most important leading indicators, which rose in December for the second month in a row.

The index increased to 107.2 points from 106.6, Ifo said on Tuesday, surprising economists who had on average predicted a decline. "The German economy appears to be successfully defying the downturn in Western Europe," said Ifo President Hans-Werner Sinn in a statement.

The current conditions component of the index remained unchanged at 116.7 from the previous two months, in a sign that the 7,000 corporate executives interviewed in the survey were as upbeat about the current state of their business as they had been in November and October.

The future expectations component, measuring the executives' assessment for the coming six months, improved to 98.4 points from 97.3.

There have been increasing signs that the euro zone as a whole, including France, its second largest economy, will slide into recession in 2012. But Germany, thanks to its broad industrial base and strong exports to countries outside the euro zone, especially emerging markets such as China, India and Brazil, will weather the storm, economists said.

"The figures give rise to optimism that there won't be a big downturn in the German economy," said Rainer Sartorius of bank HSBC Trinkaus. "The first and second quarters of 2012 will definitely be weak but we expect the German economy to pick up steam again in the further course of the year."

The Ifo figures boosted German share prices, with the DAX index rising 0.7 percent to just under 5,700 points immediately after the data were released.

Another positive surprise came earlier on Tuesday with the release of the December consumer climate index from market research institute GfK, which showed the first rise in economic expectations in five months.

"Despite rising economic risks and further escalation of the debt crisis, Germans are once again more optimistic about the future," GfK said in a statement. Consumers were anticipating higher incomes next year, it added. The institute's forward-looking indicator for January remained unchanged from December's.

"The economic indicator is defying the rising fears of recession and the most recent escalation in the debt crisis in the euro zone," GfK said. "Consumers are evidently more perceptive at present than they have been in previous months to the economic environment, which remains extremely favorable. With most German companies operating at above-average capacity, the labor market is very robust and unemployment figures continue to fall."

GfK said it remained to be seen whether the trend would continue, though. "The European debt crisis is increasingly likely to become a problem for Germany's export economy if a number of countries are forced to reduce imports due to consolidation pressures on government budgets. This would also affect future export prospects for Germany and is already evident in the growth forecasts for 2012."

But for many German economists the message of the latest indicators is clear -- any downturn next year will be mild, and there will be no repeat of the severe slump of 2009 when German GDP shrank by five percent. 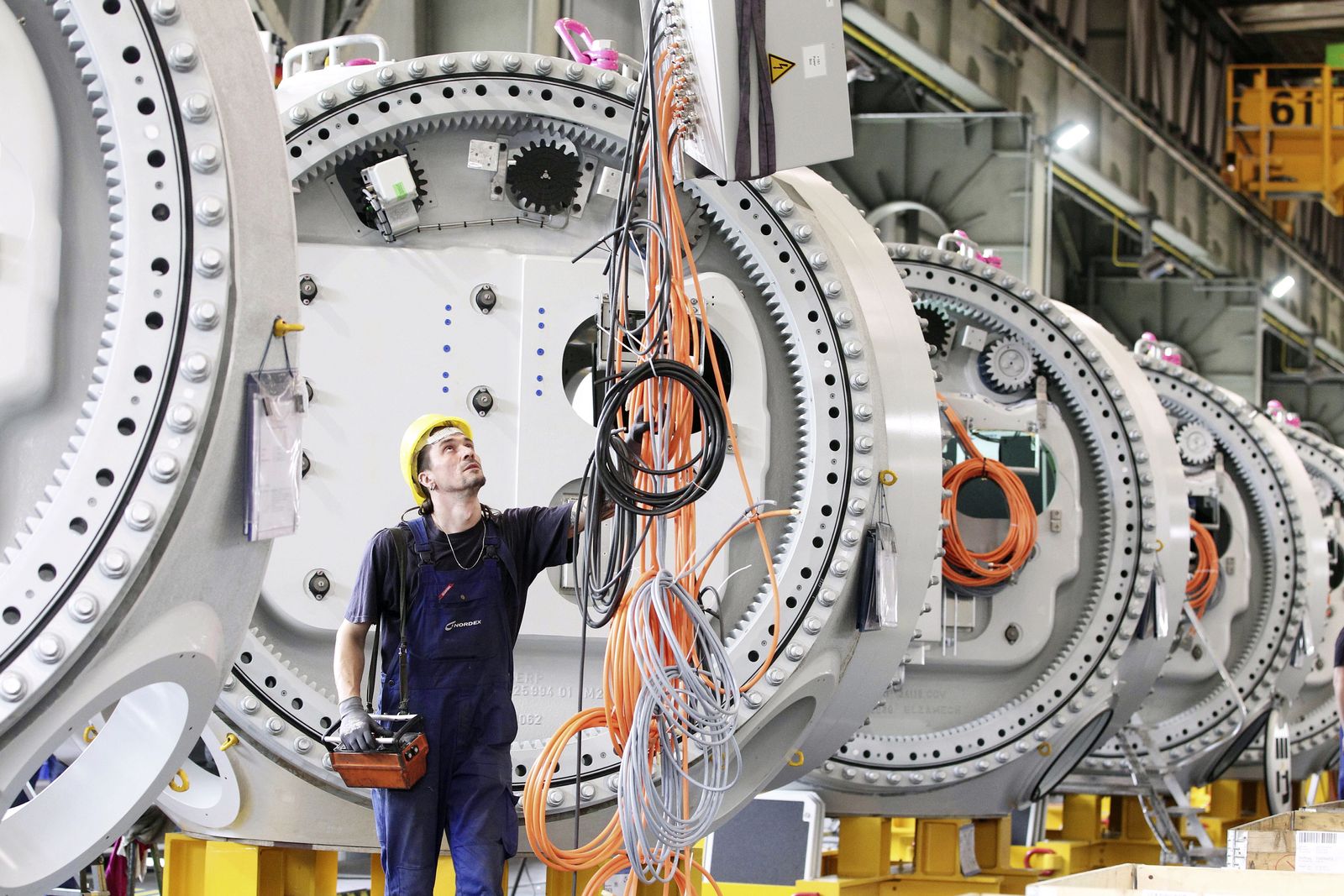 Booming business: A wind turbine factory in the northern German port of Rostock.