Mesut Özil and I have pretty much nothing in common -- and that's little surprise. What could my life possibly share with that of an exceptional football player? When I read his three-part social-media post announcing his resignation from the German national football team earlier this week, I found many things I didn't agree with. For starters, the bit about his photo with Turkish President Recep Tayyip Erdogan. But I also noticed that we seem to have some similar feelings at times.

Özil's resignation is about so much more than just the future of the German Football Association (DFB) or the national football team. Özil's resignation, or rather the reasons he provided for quitting, is symptomatic of the state of Germany in summer 2018.

Özil, myself and many other Germans with odd-sounding names once again find ourselves in a position of having to defend our German identity more strongly than usual. There was a time when it seemed as though Germany had made more progress than this as a melting pot nation. But for the past few years, that trend appears to be reversing. I get a sense of that whenever I get mail from readers, imploring me to "Go back to where ..." or asking, "Where do you really come from?" There are also backhanded compliments along the lines of, "I wouldn't have expected that a person like you would be able to speak at this level."

I, too, am hurt when people seek to deprive me of my German identity. Usually I get angry when this happens. I find it simply outrageous and abusive when another person thinks they can somehow dictate my identity to me and, in a way, expatriate me.

I May Be Fortunate, But Others Are Less So

Yes, it may sound like I'm whining or sniveling. I can already hear the people saying, "She writes for DER SPIEGEL. What more could she possibly want? She doesn't seem to be doing too badly for herself."

And that's also true. I consider myself fortunate to have been born and raised in a country where my ostensibly threatening-sounding name has never really stood in my way. It may have even helped me at times.

Perhaps it also plays to my advantage that I'm a woman, a woman who doesn't wear a headscarf. I suspect things would be more difficult with a name like mine if I were a man -- or a woman who did wear a headscarf. That is, if the occasional hate mail I get as a journalist for SPIEGEL ONLINE serve as any indication.

Readers occasionally mistake me for a man, and then there are others who are firmly convinced that only a veiled woman could be behind this name. I also have few problems in everyday life. Most people mistake me for a Spaniard -- from the good side of the Mediterranean, as it were. But anyone who knows me would never think for a second that I could be anything but German.

It is not self-evident that a person like me, with a foreign-sounding name, can cruise through life in Germany without any trouble. I spent years living in France, for instance, where I always had to send a roommate with a less threatening-sounding name as my proxy when looking for new apartments. Foreign names were OK in France as long as they weren't Arabic. In other countries, it's not uncommon for me to get interrogated for hours at the border, always with the knowledge that I might not be allowed in.

At the moment, I'm worried that everything Germany has achieved as a multicultural nation is in danger. Trenches I assumed had long been filled in are being dug deeper. We are barricading ourselves on our respective sides behind insulting invective, pitting "ungrateful immigrants" against "racists."

When I was a young girl, my father warned me that "we," his children with the strange names, would never really be accepted as Germans. I laughed at him for it. For me, these were the sensitivities of the first generation of immigrants -- and they had nothing to do with my life. Of course, I'm German. He would later take back that sentence -- Germany had changed, he said. Now I wonder: Did I speak too soon?

What more could I possibly want? For one, I want people to stop presuming they can decide where others feel they belong. I want Germans who look or sound different, or have different-sounding names, to stop constantly having to defend their German identity.

It leaves me feeling like a German on probation.

As if my German identity, my homeland, could be taken away from me if I were to somehow give a wrong answer on this eternal identity test, the one that probes my knowledge of everything from eating and drinking habits to Turkish domestic politics.

Raniah Salloum is an editor on DER SPIEGEL's foreign desk. She was born in Germany in 1984 to parents from Germany and Syria. 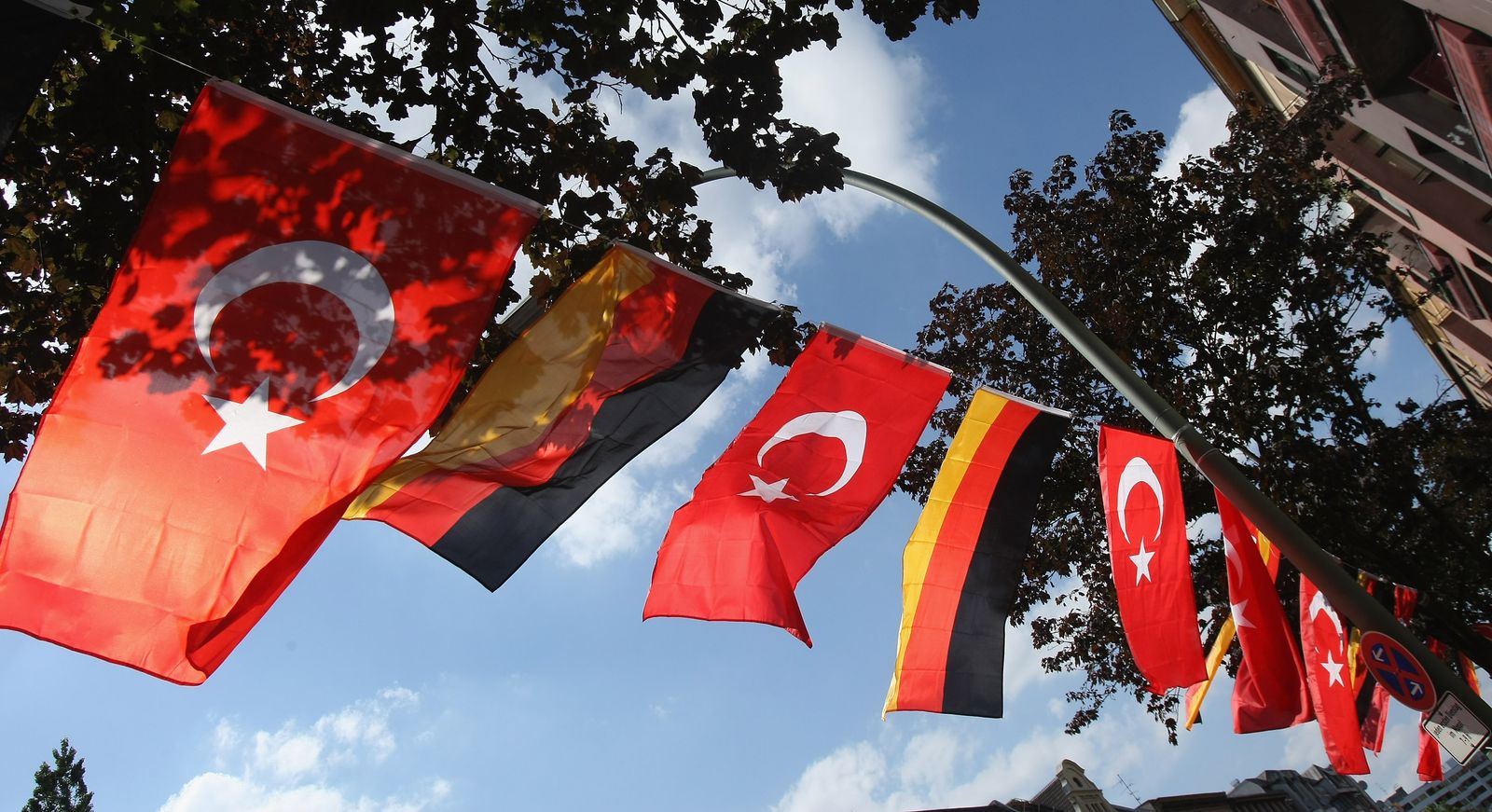 German and Turkish flags in Berlin