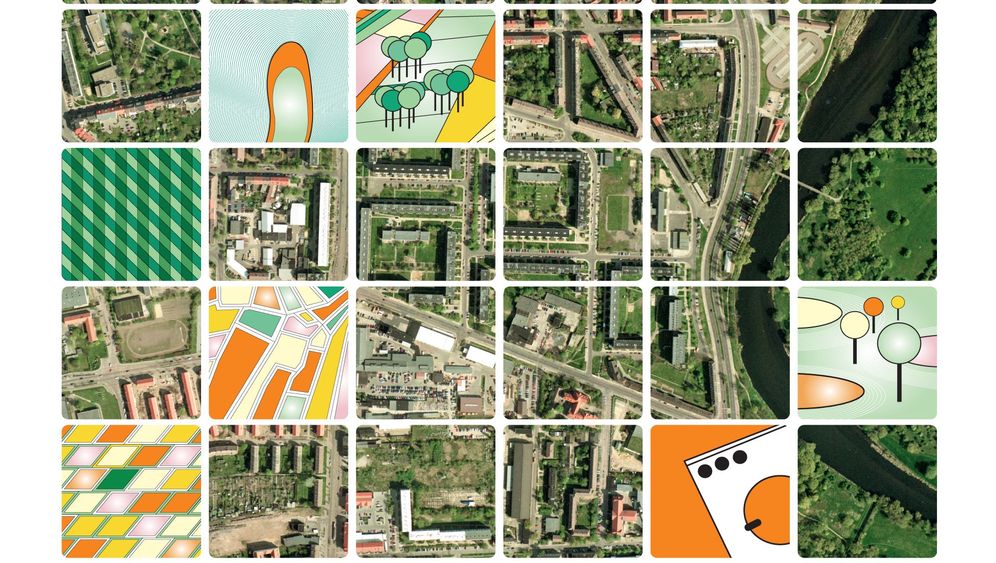 The higher one climbs up the steps, the more intense the spicy smell becomes. But it is not until you get to the observation platform that you realize how this building in the eastern German town of Dessau got its name, "The Smoking Tower." At one stage the sausages made by a local butchery co-operative were smoked here and the smell seems to have become engrained in the masonry.

However the socialist production line in what was once East Germany is no longer running and the butchery jobs have disappeared. Only the tower remains. It is being renovated and made more accessible -- even though it still emits a strong smell. But while the aroma lingers, the people themselves have disappeared.

"In 10 years' time, Dessau will have lost a third of its residents compared to 1990," says city planner Heike Brückner. Since Germany was reunified in 1990, Dessau, in the state of Saxony-Anhalt, has shrunk more than almost any other municipality in the land.

In 2007, the town of Dessau merged with the town of Rosslau to become Dessau-Rosslau, thereby boosting the population, which is currently around 88,000. Yet whole neighborhoods still appear abandoned, the facades of 19th century buildings are crumbling and the windows in many of the prefabricated apartment blocks are broken. Schools, businesses and residential buildings lie empty. "What can we do when half of the population is gone?" Brückner asks. "After all, we can't just close the town down."

Dessau-Rosslau is an extreme case in this region -- but it is not the only one. No other state has been as affected by population decline as Saxony-Anhalt has. The reasons for the decline are well known. After German reunification in 1990, whole industrial sectors collapsed, leaving locals without the means of making a living. People simply moved away. They are still leaving today. Most importantly, it is mainly young people and the well qualified who are seeking their fortunes elsewhere.

The situation presents a dramatic challenge for the cities, which is why the state government began an experiment in 2003: the International Building Exhibition (IBA), a seven-year program focusing on how cities can be transformed.

As the IBA project's Web site explains: "An international building exhibition is not an exhibition in the traditional sense. The visitors do not expect pictures in a museum or display stands in an exhibition hall. The IBA exhibits are or will become built reality. In 2010, the year of completion, the projects realized should be on view throughout Saxony-Anhalt."

More Torn Down than Built Up

Since 2003, Brückner and her colleagues, who are working out of the 1919-founded Bauhaus school of design in Dessau-Rosslau, have been coming up with new strategies for coping with the shrinking cityscapes of Saxony-Anhalt. The project finishes in 2010. From April 9 onwards, the IBA will present the results of the project in one central exhibition at the Bauhaus named "The Future is Less," as well on location in the 19 cities involved in the project.

Unlike earlier IBA exhibitions in Berlin or in Germany's industrial heartland, the Ruhr, this exhibition is the first to be applied to a whole state. Another difference is the fact that, rather than building new structures, many more have been torn down or redeveloped. "With this redevelopment Saxony-Anhalt is a pioneer within Germany. We have been through things that other regions have yet to face -- even if they don't want to believe it," says Philipp Oswalt, the manager of the IBA and director of the Bauhaus-Dessau.

Demographers predict that rural areas in other German states, such as Bavaria, North Rhine-Westphalia and Lower Saxony, will face similar problems. The IBA's projects may have been developed based on the local situation in Saxony-Anhalt, but they could soon prove an inspiration for places like the Upper Palatinate in Bavaria, the Sauerland region or other dwindling areas.

A City of Islands

One of the IBA's more radical ideas is that of "city islands" in Dessau-Rosslau. The planners have "kind of disassembled the city into pixels and put it back together again using a cut-and-paste method," as Brückner explains. According to the concept, Dessau-Rosslau would abandon the model of a more compact central city, leaving only islands of houses. "Buildings will be cut out and in the empty spaces we will insert countryside," Brückner explains.

It's an idea that originates from a poll of the city's inhabitants. Dessau is proud of its two UNESCO world heritage sites, the Bauhaus school and the Garden Kingdom of Dessau-Wörlitz, a landscaped park dating back to the 18th century. "Bring the Garden Kingdom into the city," was one of the ideas suggested by locals.

The first results of that proposal are now visible from the vantage point of the sausage-smoking tower. Where old butchery buildings once stood, grass is now sprouting. Young people ride their BMX bicycles around a home-made course. In a dozen other bare patches, residents have planted small herb gardens or flower beds. The town's built-up area has already been reduced by over 60,000 square meters, and a further 30,000 square meters will also be demolished.

The easiest demolitions involve real estate formerly owned by the state: Two schools have already fallen victim to the wrecker's ball as have 3,500 apartments, the majority of which were also state-owned. When it comes to privately owned buildings, however, there are often difficult negotiations. The process continues, Brückner says, "until we can convince the owners or their creditors that their property or land will still be worth nothing in the future and that they should sell the property for a symbolic price."

In Magdeburg, the shrinking capital of Saxony-Anhalt, industrial areas are also being "greened," albeit in smaller amounts than in Dessau-Rosslau. The site of an old train station on the banks of the Elbe River now has a lively public square featuring installations by Italian artist Maurizio Nannucci and German artist Gloria Friedmann, as well as -- despite the city's shrinking population -- a new residential area. The city is focusing on its waterways. The former commercial harbor is finding new life as a "Science Port." The Fraunhofer Institute for Factory Operation and Automation and the Max Planck Institute for Dynamics of Complex Technical Systems are both based here.

Another city in Saxony-Anhalt, Aschersleben, is also shrinking. Which is why the city, which still has 30,000 inhabitants, is trying to strengthen its historic downtown area. A vacancy rate of around 75 percent is considered acceptable on the busy ring road circling the inner city, in order to protect the remaining buildings. And where demolition is unavoidable, there are huge, pieces of contemporary art, as big as houses, plugging the gaps and making the busy road a kind of drive-through art gallery -- an outdoor exhibition rather than urban wasteland. Even after the end of the IBA, there are plans to continue expanding the gallery.

Still, with this IBA it's not just about knocking things down -- there are also examples of new construction as well as redevelopment. In Aschersleben a paper factory is being turned into a training center and integrated into a park. This project, by Lederer Architects, counts as one of the few examples of actual construction during the IBA exhibitions. Asked about the lack of new building within the IBA, Oswalt explains that: "We are deliberately setting out not to make beacons or architectural exclamation points -- even if that means there will be fewer photographs and it doesn't seem quite as sexy."

It is true that the results of the eastern German approach to dealing with shrinking cities are not exactly sexy -- but they are noteworthy for their restraint. A new visitor center in Eisleben based in the buildings around Martin Luther's birthplace, a tourist attraction, is a good example. The building, designed by the Berlin-based Springer Architects, insinuates itself delicately into the array of medieval dolls' houses that make up the old city.

It's the sort of design that reflects the IBA exhibition's name, "The Future is Less," rather well. And one could also add that phrase, popularized by renowned German architect Ludwig Mies van der Rohe: "Less is more."