The Christian Democratic Union, founded after World War II, is Germany's main conservative party. Five of the eight chancellors who have led the Federal Republic since 1949 have been CDU members. It has its roots in the Center Party, a Catholic political party founded in 1870, and its traditional strongholds are in southwest and western Germany. Chancellor Angela Merkel, a Protestant who grew up in communist East Germany, is not a typical CDU member. CDU Chancellors Konrad Adenauer and Ludwig Erhard presided over West Germany's post-war economic miracle by espousing the principles of the social market economy, which rejects socialism and laissez-faire economics and sees the government's role as providing the framework for fair competition, low unemployment and social welfare. The party continues to adhere to those principles, which have become the bedrock of Germany's economic system. In the current campaign it has pledged tax cuts and wants to delay the planned phasing out of some of Germany's nuclear power stations. It is also opposed to Turkey joining the EU. Its preferred coalition partner is the pro-business FDP, but it may end up sharing power with the Social Democrats again after the Sept. 27 election.

The center-left Social Democratic Party is rooted in the 19th century labor movement and is Germany's oldest political party, founded in 1875. It traditionally represents the interests of the working class. Much of its support comes from the large cities of traditionally protestant northern Germany and the former coal-mining and steel producing Ruhr region. Willy Brandt, the SPD's first chancellor, spearheaded West German reconciliation with Eastern Europe and the Soviet Union in the early 1970s. The party has led governing coalitions for 20 of the 60 years of the Federal Republic and has ruled as junior partner to the conservatives in a grand coalition since 2005. It suffered a major decline in membership as a result of radical and deeply unpopular welfare cuts introduced by SPD Chancellor Gerhard Schröder in 2003 and 2004, and it has lost its status as Germany's largest party to the CDU, which has some 530,000 members, compared with the SPD's 513,000. The SPD has also been hit by the formation of the Left Party in 2007, which has lured away many left-wing voters. In a bid to win them back, the SPD under its candidate for chancellor, Foreign Minister Frank-Walter Steinmeier, is pledging to introduce a minimum wage. It has also vowed to stick to plans to decommission all German nuclear power stations by 2020.

The Free Democratic Party is a pro-business party that promotes the free market economy and individual liberty. Its critics call it the party of the privileged few, an image the party has been trying to change in the current election campaign under its leader Guido Westerwelle. Founded in 1948, it has been "kingmaker" to both the SPD and the CDU, serving as junior partner in coalitions with them, and it has participated in the federal government for a total of 41 years, longer than any other party, most recently under Chancellor Helmut Kohl until 1998. Under Westerwelle, the party won an unexpectedly high 9.8 percent of the vote in the 2005 election. It is hoping to form a government with Merkel's conservatives after the Sept. 27 election.

Germany's Green Party formed in the 1970s around a platform of pacifism and environmental activism. It won its first parliamentary seats in 1983 after gaining 5.6 percent of the vote in the federal election that year. The party joined the federal government for the first time in 1998 in a coalition with the Social Democrats. It abandoned its strict pacifist principles under Green Foreign Minister and Deputy Chancellor Joschka Fischer who persuaded the party to back Germany's participation in the NATO bombing of Kosovo in 1999. It also supported the US-led attack on Afghanistan in 2001. While in government with the SPD, it pushed through the nuclear power phase-out and enacted laws easing immigration and same-sex marriage. The party's main following comes from higher income households in urban areas.

The party is the result of a merger in 2007 of the Party of Democratic Socialism (PDS) -- the successor to the communist party that ruled East Germany -- and WASG, a group of trade unionists and disgruntled former SPD members based in western Germany. It has managed to attract left-wing voters disenchanted with the SPD after radical welfare cuts enacted by SPD Chancellor Gerhard Schröder in 2003 and 2004. Its co-leader is Oskar Lafontaine is a former leader of the SPD. It ranks among the top three parties in eastern Germany and it has been able to expand in the west with strong showings in state elections there in the last two years, most recently on Aug. 30 when it won 21.3 percent in the small state of Saarland, becoming third-strongest party there. The SPD's leadership has ruled out forming a federal government with the Left Party after the Sept. 27 election because of its radical policies on a range of issues such as Afghanistan, where it is the only party demanding an immediate withdrawal of German troops. But the SPD is prepared to form regional governments with the Left Party. The two parties have governed the city state of Berlin together since 2001. The CDU and FDP vilify it because of its roots in communist East Germany.

The Christian Social Union (CSU) is a bit of an anomaly in the German political system in that it is the only national political party that is actually a state party. Though the CSU, which is the sister party to Angela Merkel's CDU, shares power with the chancellor's party at the national level -- indeed, it even leads two ministries in her cabinet under the so-called "Union" bloc -- it is actually a predominantly Catholic state party in Bavaria. The party was founded in 1945 and currently governs together with the Free Democrats in Bavaria. It has governed in the state every year since 1949, with the exception of 1950 to 1953. In 2002, then Bavarian Governor Edmund Stoiber ran as the joint CDU-CSU candidate for chancellor, but so far the party has not yet been at the helm of the Chancellery. The CSU and the CDU may be sister parties, but they do not march in lock step and are often at odds on political issues. The party also angered the CDU recently when it launched a partially successful challenge against the European Union's Lisbon Treaty at Germany's highest court. 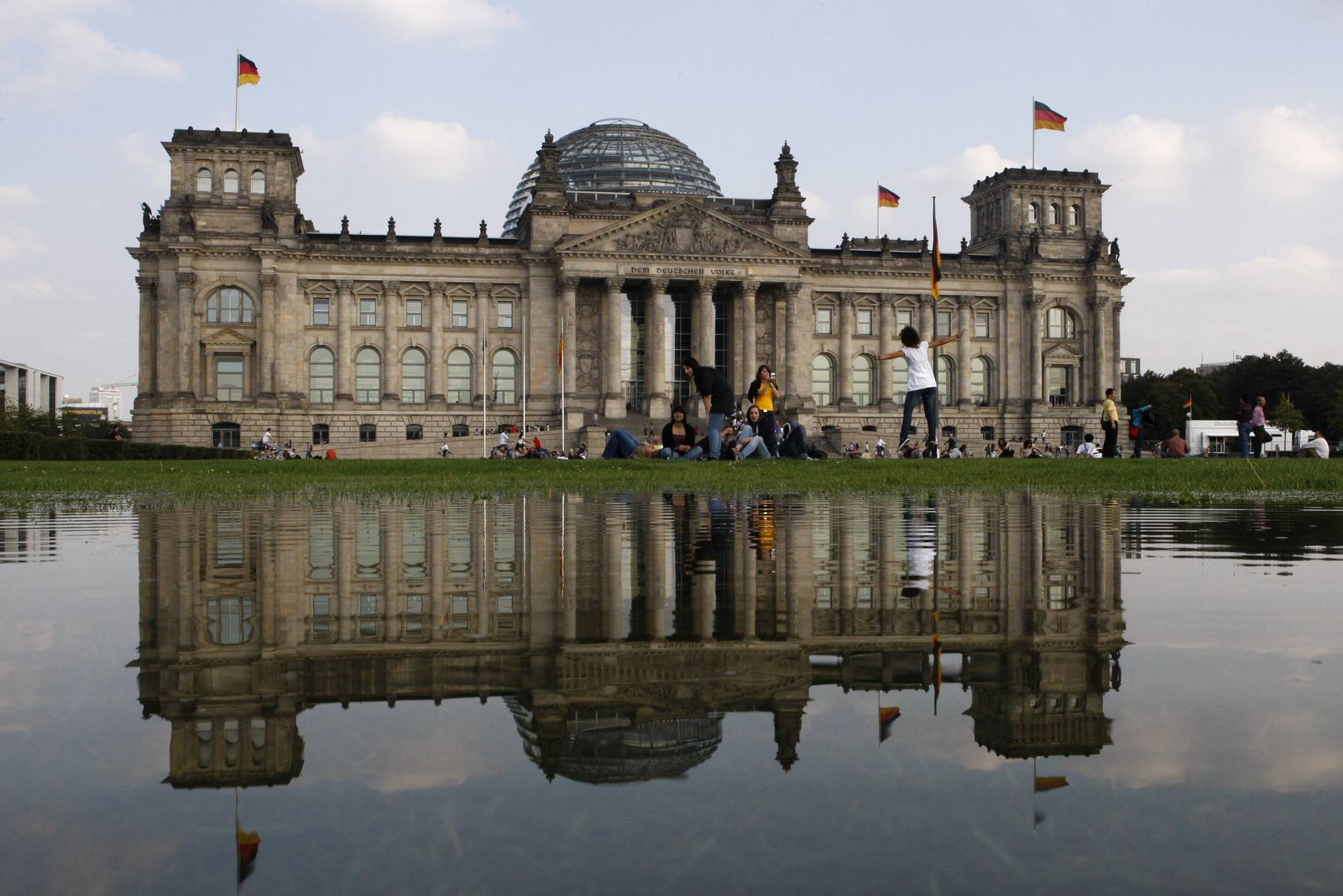 The Reichstag in Berlin is home to Germany's parliament. We've explained the alphabet soup that is the German political party system.