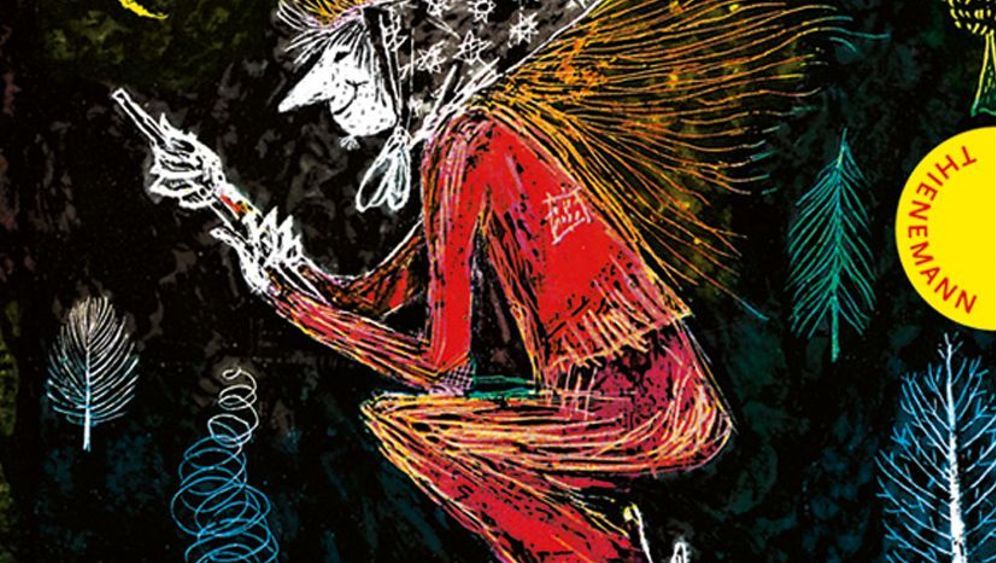 A few weeks ago I experienced a feeling I had almost forgotten about, but one which was familiar to me from my childhood. It's a feeling that had to do with the fact that people liked to call me a "nigger".

I was called this often as a child. That's how it was in the northern German city of Kiel in the early 1990s, when I was in elementary school. A boy at the playground might tug at his mother's sleeve, point at me and say, "Look, Mom, a nigger!" When a child had a birthday party, the parents served marshmallow-filled chocolates known as "Negerküsse," or "Nigger kisses." When I dove into the swimming pool and the water beaded off my curls, someone was bound to say, "Niggers don't even get their hair wet, do they?"

My mother is German and my father Senegalese. I looked different, and the other kids let me know it. Their treatment of me was, of course, largely a product of how they were raised. But it was in some sense also a product of the writers they read, children's book authors such as Astrid Lindgren and Otfried Preussler, who put this word in my playmates' heads. There are "Negroes" in "Pippi Longstocking," "little Negroes" in Preussler's "The Little Witch" and "woolly-headed Black-a-moors" in "Struwwelpeter," another German children's classic. Anyone reading these books would think, logically enough, that there was nothing wrong with using the same words to describe me, since I was black like the character Jim Button in "Jim Button and Luke the Engine Driver" and had frizzy hair. I read those books too, and loved the stories in them. But at the same time I hated them too.

A recent statement by German Family Minister Kristina Schröder unleashed a flood of memories in the back of my mind. In an interview with Die Zeit, Schröder explained that when she reads books like "Pippi Longstocking" to her child, she leaves out discriminatory terms like "Negro king," saying she does so "to keep my child from picking up such expressions." That comment sparked a debate in Germany's newspapers, on the Internet and among publishers. Publishing house Thienemann Verlag has since announced that it will update "The Little Witch" to remove the term "little Negroes." It's about time, I say.

The critics, though, are up in arms, calling this censorship. Such critics can be divided into three categories: Those who insist on saying "Negro" or "nigger" as a matter of principle, those who deny a problem even exists and those who have honest concerns about literature.

I'm familiar with those who use the N-word as a matter of principle. There are many people like this, people who perceive political correctness as a threat and glorify the language of their childhood. "But then I won't be able to say 'Zigeunerschnitzel'* anymore either," when I order a schnitzel, they fret -- since "Zigeuner" is German for "Gypsy."

My second grade teacher fell into this category. He insisted on singing "Zehn kleine Negerlein" ("Ten Little Niggers") with us, a children's song in which one black child after another dies in a variety of amusing ways: one falls off a barn, one gets shot, one freezes to death. There were two black children in this teacher's class, my best friend and I, and we refused to sing along. But the song is still sung in Germany to this day.

People in the second category -- those who deny the problem exists -- claim that everyone nowadays knows not to use words like "Negro," "Gypsy," "Polack" or "Slit-Eyes," these terms that seem to come straight out of some handbook of discrimination. But their view holds little weight, given that I regularly find myself having to explain to adults why they shouldn't use the words "nigger" or "Negro" -- and certainly not in my presence.

Then there is the third category, people who are concerned about literature. This is a valid concern, because there is an important question at stake here: Is it acceptable to alter the original version of a text?

I say yes, when the texts in question are children's books that serve to perpetuate racist stereotypes. These books are not only read aloud to children, they are also read by children themselves, without anyone there to help them make sense of what they read. And the things children pick up from their reading, they bring with them into the classroom -- classrooms where their fellow students might have parents who come from Ghana or Pakistan. One in five children born in Germany today has some kind of immigrant background.

The worst thing for me as a child was being ostracized and insulted because of the color of my skin. And it wasn't just about language. This was the 1990s, when neo-Nazis set homes for asylum-seekers on fire and black people were chased through the streets by right-wing thugs. "nigger," for me, was neo-Nazi language.

My mother taught me from a young age to defend myself. My best friends were African-German children, Turks and Iranians. We went with our parents to anti-racism demonstrations and we sang "Zehn kleine Nazi-Schweine" ("Ten Little Nazi Pigs"). We became little smart alecks: "You shouldn't say that," we called after the people who had insulted us. "That's what Nazis say."

At some point, the ostracism I experienced transformed into a sense of pride. I came to see that it can be an advantage not always to be part of the crowd. The world was bigger for me than it was for other people, because I didn't know just German culture, I knew other cultures as well. I had a name other people could remember easily, and I started to like the way I looked.

But there are also children for whom constantly being labeled a "nigger" is more painful than it was for me in my own childhood. That alone is enough reason why publishers should revise their children's books and parents should stop claiming the whole thing "isn't so bad."

A few years ago, Oetinger Verlag made changes to "Pippi Longstocking," turning the "Negro king" into a "South Sea king." The text doesn't suffer for it in the least. And in Michael Ende's "The Dream Eater," the "Negro children" have been replaced with "children from all the world."

In Preussler's story "The Little Witch," the scene in question is of carnival costume festivities. It doesn't matter to the story in the least whether the child is dressed as a "Negro" or as a cook.

A fellow student at my high school wrote in my friendship book, under the heading "Things I Don't Like": "spinach and asylum-seekers." Who can say what she had been reading.

Editor's notes: In any usage, the term Neger, can be considered inappropriate and offensive in the German language, and, depending on the context, it can be translated to mean either "Negro" or "nigger".

* Zigeunerschnitzel is a schnitzel served with a so-called Zigeuner, or "gypsy" sauce.