In the wake of the NSA scandal, the relationship between Germany and the United States has been rocky. When the first Snowden leaks emerged last summer, Chancellor Angela Merkel's government declared the affair over before it even got going. But when Berlin learned last autumn that Merkel's private cell phone had been monitored, the trans-Atlantic relationship hit a new low. There were discussions of possible consequences and of changes being necessary in the way Germany approached its North American ally.

Then the chancellor travelled to Washington and peace returned. Ever since, trans-Atlantic policy-makers and intelligence agencies have been yearning to return to normalcy, to a world in which the division of labor is clear: the NSA as omnipotent global intelligence service, and the Germans as their willing helpers. In the pre-Edward Snowden era, this division of labor was wrong. Now, it is downright negligent.

SPIEGEL has now released dozens of crucial documents that show how the NSA operates in Germany and how tightly it works together with the Bundesnachrichtendienst (BND), Germany's foreign intelligence agency. The material in Snowden's cache shows that Germany is the NSA's most important location in continental Europe.

In the German capital, antennae installed on the roof of the US Embassy can listen in on Berlin's government district. In the NSA's European headquarters in Griesheim, located in the central German state of Hesse, the Americans sift through emails and phone conversations from Europe and Africa in order to extract usable information. US interests are, after all, diverse and broad -- ranging from the Islamists in Yemen to the German chancellor in Berlin.

The NSA isn't merely an intelligence agency, it's a power-political instrument that safeguards "information dominance for America," as one-time NSA head Kenneth Minihan once put it. It isn't just aimed at terrorists or heads of government, but at German citizens: Their emails and text messages also run through the intelligence agency's computers.

The German government has long tolerated US arrogance. Berlin suspected some of what was going on and chose to ignore much more. But it also had concrete knowledge about the omnipresence of the NSA, primarily because the BND played a role in its operations. The fact that the BND cooperates intensively with the NSA -- and not just when it comes to counter-terrorism, but also in the undifferentiated mass monitoring of global communications -- is demonstrated by documents from the Snowden archive. The Germans are partners and adversaries at the same time.

There are two possible explanations for what happened. The first is that the US and German governments coordinated with one another to determine what the NSA is allowed to do in its facilities in Griesheim, Wiesbaden, Berlin, Frankfurt and Stuttgart. If that's the case, the chancellor and her interior minister need to inform the public, because it means they share blame for the actions of the Americans -- and for the Americans' apparent use of data acquired in Germany to kill suspected terrorists.

SPIEGEL's publication of the secret documents is also in the interests of the German government. Berlin has attempted to convince Washington to hand over the NSA's Germany files -- without success. It is thus hardly surprising that intelligence agencies and parliamentarians have asked SPIEGEL for access to the Snowden documents. Journalists are, first and foremost, tasked with informing the public, which rightly expects that it will be told what the NSA is doing and what it is allowed to do.

The partnership between the United States and Germany would improve were it freed of its emotional baggage. Some of the two countries' interests coincide. But others do not. When in doubt, the German government should side with those being spied on, and not with those doing the spying. 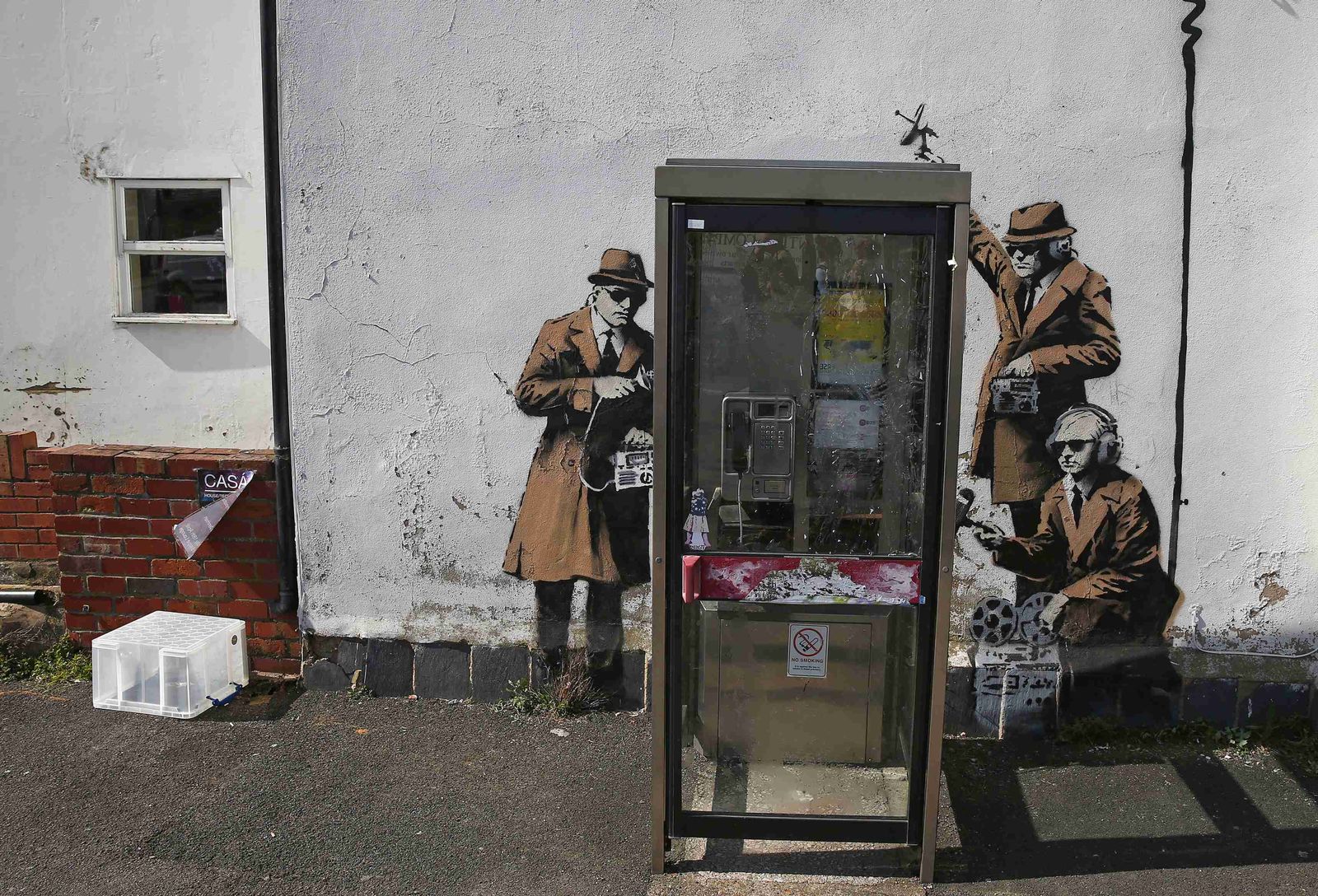 Graffiti art is seen on a wall near the headquarters of the British intelligence agency Government Communications Headquarters (GCHQ) in Cheltenham.