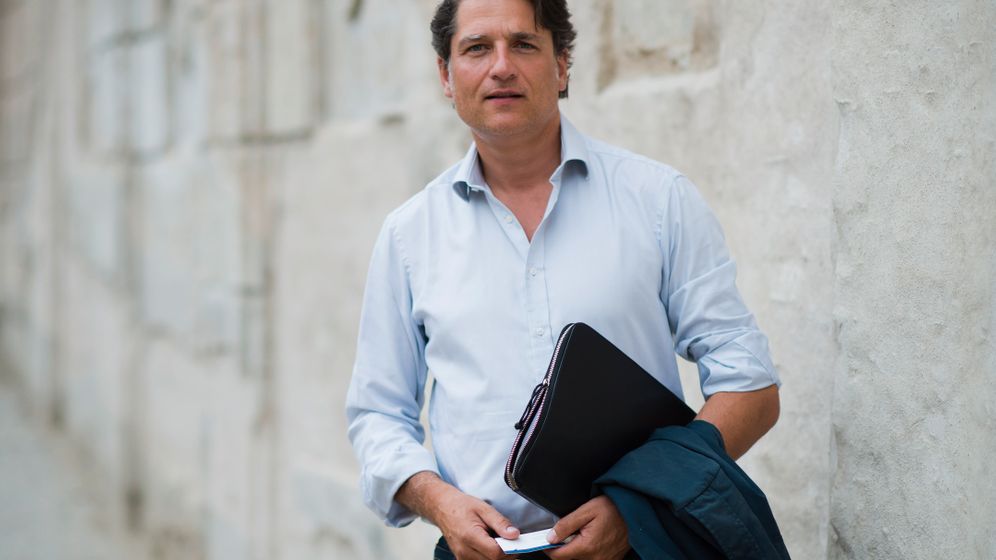 It seemed like a completely unexpected stab in the back -- a startling assault from someone who is generally considered to be harmless.

On December 27, the Los Angeles-based Simon Wiesenthal Center published its current "Top 10" list (PDF) of the world's worst anti-Semites, a list the center has published near the end of each year since 2010. The Jewish organization has a good reputation, certainly due in part to the fact that it was named after the legendary Nazi hunter when it was founded in 1977.

The usual suspects can be found in the top spots of the 2012 list of "anti-Semitic/anti-Israel slurs": Egypt's Muslim Brotherhood is in first place, followed by the Iranian regime, which aims to destroy the state of Israel. Not the kind of list one wants to be a part of.

But prominent German journalist Jakob Augstein, publisher of the weekly newspaper Der Freitag and author of a regular column on SPIEGEL ONLINE (which is occasionally translated into English for publication), appears in 9th place on the list.

It's a scandal. SPIEGEL immediately sought to find out what had happened and why Augstein had appeared on the list -- but failed. It is a failure that speaks volumes about the methods and position of the Wiesenthal Center. At issue are absurd demands and emails that seem to stem from a different world.

After the list was published, a passionate debate erupted in German newspapers over what constitutes justifiable criticism of Israeli policies and what exactly defines anti-Semitism. Most journalists felt that the accusation against Augstein was absurd, with the exception of Henryk Broder, a former SPIEGEL writer and well-known polemicist. Broder, in an effort to illustrate Augstein's lack of self reflection, even went so far as to liken him to a pedophile who views himself as a friend of children.

Salomon Korn, vice president of the Central Council of Jews in Germany, seemed to put an end to the debate when he said that he had never had the impression that Augstein's writings were anti-Semitic, and suggested that the Americans hadn't done their homework. Korn said on the radio station Deutschlandradio Kultur, that the Americans were "pretty far removed, in a manner of speaking, from German reality."

It's a tricky issue for SPIEGEL. Augstein isn't a member of the editorial staff, nor does he have any influence over the content of the magazine. Augstein doesn't even write for the magazine per se, since SPIEGEL ONLINE, its Web-based sister publication, has its own editorial staff.

Nevertheless, he is the adopted son of SPIEGEL founder Rudolf Augstein. As heirs, he and his siblings own 24 percent of the SPIEGEL publishing house. We didn't want to attack him, because we believe that the accusation against him is wrong. But we could hardly defend him, because every reader would expect us to defend him. Doing so would devalue every sentence.

But there was a possible solution: We believed that readers could form their own opinions about the accusations if we presented both positions. So we tried to organize a debate between Augstein and the person at the Wiesenthal Center in charge of the list so as to allow the opponents to argue their sides in detail. We contacted Augstein by telephone, and he agreed.

But who are the people in Los Angeles? Rabbi Abraham Cooper, born in 1950 and one of the founders of the center, is responsible for the list. We called him in Los Angeles, which is nine hours behind Central European Time, late at night on Jan. 2. We asked him if he would tell Augstein directly what his accusations were and engage in a debate with him, which would then be published in SPIEGEL. Rabbi Cooper asked for 24 hours to consider the proposal.

The proof of Augstein's anti-Semitism the center used when compiling the list is weak; one would have to have malicious intent or be looking for a fight to see an anti-Semite behind the quotes used. The center cited five lines from two columns Augstein wrote for SPIEGEL ONLINE in which he criticized Israeli policy and the government of Prime Minister Benjamin Netanyahu.

In one case, Augstein quoted German author Günter Grass, who had said that Israel, a nuclear power, posed a threat to an already fragile world peace. In another column, Augstein likened the Gaza Strip to a camp in which Israel was incubating its own enemies. A number of journalists, including some in Israel, have published similar remarks.

Quotes by Broder are the worst of the supposed evidence cited by the Wiesenthal Center. Broder refers to Augstein as a "pure anti-Semite" and a "little Streicher," a reference to Hitler propagandist Julius Streicher. Broder was out to provoke -- but he offered no evidence to support his arguments.

It took Cooper less than 24 hours to respond by email. He wrote that he appreciated the "kind offer" and that he was willing to participate, but only under certain conditions. "If you wish to interview me together with him," Cooper wrote, "Mr. Augstein must publicly apologize in advance for the statements that earned him his designation on the Wiesenthal Center's Top Ten anti-Semitism List." Otherwise, he added, he would refuse to "sit in the same room with him."

Such a request is nothing less than a snub, yet Augstein reacted matter-of-factly when told about Cooper's response. Of course he wouldn't apologize for criticizing Israel, he said, noting that he is, after all, a journalist.

Since Cooper apparently finds Augstein's physical presence intolerable, we thought the debate could also be held via Skype. The two men could sit in two different rooms, as Cooper wanted, and conducting the debate online wouldn't diminish its quality.

Augstein doesn't really like Skype conversations owing to the sometimes poor technical quality, but there was no getting around it. The editorial office sent Cooper the proposal, along with a plan covering its technical aspects.

In his email response to the proposal, Cooper was even more adamantly opposed to the idea: "I will not participate in any face-to-face, simultaneous 'discussion' live, in the same room or digitally with Mr. Augstein unless he has apologized," Cooper wrote (italics in original). Instead, he added, he would prefer to have a page for himself in SPIEGEL, apparently so that he could tell its readers about his accusations without having to entertain any opposing arguments.

SPIEGEL editors sent him another message on Friday afternoon asking whether he would be willing to participate in an ordinary interview, without Augstein sitting in the next room. He would, in principle, Cooper later replied. But by then it was too late, because the magazine was approaching its copy deadline. Besides, Cooper reiterated, he would prefer to have his own page in SPIEGEL.

He also pointed out that he would be in Germany during the last week of January, and that he might be willing to talk then. We shall see. 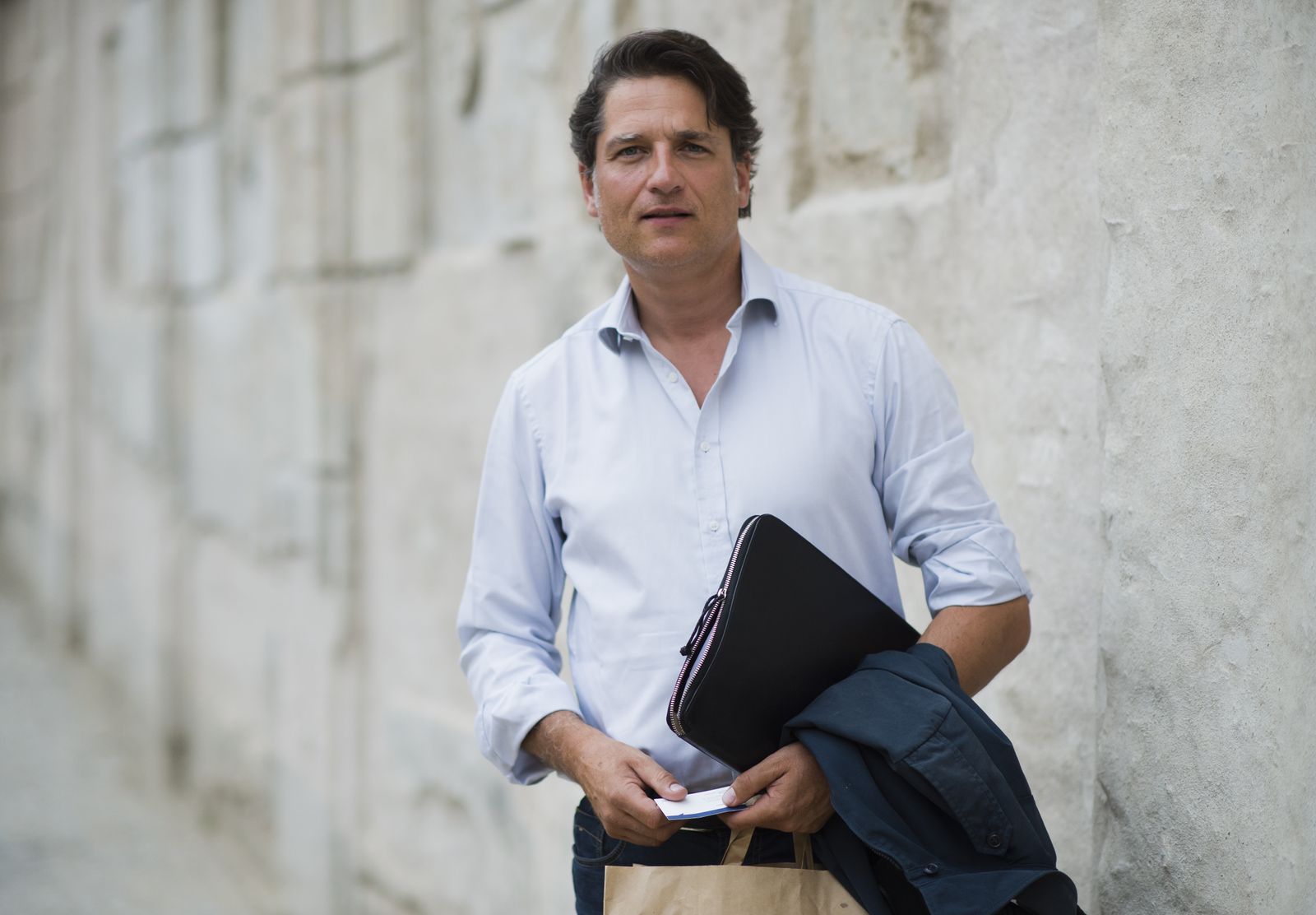 On December 27, the Los Angeles-based Simon Wiesenthal Center published its current "Top 10" list of the world's worst anti-Semites. Many in Germany were shocked when Jakob Augstein, publisher of the weekly newspaper Der Freitag and author of a regular column on SPIEGEL ONLINE (which is occasionally translated into English for publication), appeared in 9th place on the list.