Is it possible to hold a parent criminally responsible if their child commits a school shooting? And can parents predict in some cases that their child might perpetrate a crime of that nature? Those are questions a court in Stuttgart has been deliberating since last September, as judges considered charges against the father of a young man who conducted one of the worst school shootings in German history.

On Thursday, the court said yes on both counts, convicting 52-year-old Jörg K. on charges of manslaughter and bodily injury, issuing a suspended sentence of one year and nine months probation. The court said the father, who had been able to obtain weapons as a member of a gun club, had kept weapons in his bedroom accessible and not locked in a safe as they should have been under a national gun control law. In Germany, widespread gun ownership is prohibited under a strict weapons control law, but an exception is made for licensed gun club members who have received training.

The charges stemmed from the March 11, 2009 killing spree perpetrated by Jörg's 17-year-old son, Tim K., who murdered 15 people at a school in Winnenden and nearby Wendlingen as he fled the scene before turning the gun on himself.

At the end of a five-month trial, the regional court in Stuttgart found Jörg K. guilty of 15 cases of manslaughter, 14 cases of bodily injury and violations of Germany's gun control laws. It was the first case in Germany in which prosecutors sought to hold a parent responsible for a massacre conducted by a child. Prosecutors had emphasized the fact that Jörg K. had made it easy for his son to access his weapons.

Prosecutors in the case had pled for K. to be given a two-year suspended sentence. But the defense had maintained the man should not be prosecuted because he had already suffered enough. Since the shootings, Jörg K. and his family have been subjected to death threats and have lived under police protection under assumed names in a secret location. In addition to the loss of their son, the family is isolated and also faces financial ruin.

'I Feel Responsible for My Son'

During the initial stage of the trial, Jörg K. had remained silent, angering victims' families. Later he obtained a sick note and did not have to attend the hearings and testimony about the circumstances in which the killings occurred. His first statements came last Tuesday, as the defense issued its plea.

Jörg K. read a statement written on paper in the court. "I feel responsible for my son Tim and the mistakes that I made," he said. "I am sorry about what my son did. I wish to express my sympathy to all the bereaved who have lost their children and husbands. I regret that I was not there for the last day of the trial, but we were in a desperate state. We do not wish for any sympathy." He broke out in tears as he read the statement.

A number of members of the families of victims testified in the trial. Most had supported efforts to prosecute the father. "Even if it is just for a quarter of a year," said Hardy Schober, a spokesperson for a group representing the victims at Winnenden shootings, "he must go to jail." Schober lost his daughter in the 2009 massacre.

But many others who had lost family members in the slayings had lower expectations. "The question of the sentence is secondary," said Jens Rabe, a representative of co-plaintiffs in the suit. He said the most important thing was for the court to send the signal that Jörg K. was not just convicted for violating a gun control law, but also for manslaughter. "The trial was very emotionally taxing for the bereaved, but also very helpful" Rabe said. Among other things, it allowed them to learn exactly how their children died.

The Winnenden survivors' group took Thursday's development as an opportunity to criticize the German government for not taking steps to tighten its gun control law. The group said not enough work is being done to monitor weapons owners and gun clubs. Group spokesman Schober said that such organizations have always opposed regulations that would do more to control and secure fire arms from abuse.

From the beginning, there had been criticism of the trial. Was the father merely being tried in proxy for the crimes committed by his son? And was it really appropriate for officials to conduct a mammoth trial with 43 joint plaintiffs represented by 19 attorneys, an endless stream of witnesses and an elaborate reconstruction of the crime?

The first question judges had to answer in the case were whether Jörg K. bore a moral responsibility in his son's slaying of 15 people, because he kept a weapon in a drawer in his bedroom covered with a sweater out of fear of a break-in. Prosecutors argued he had long kept a Beretta gun in his bedroom and that it wasn't just a one-time oversight. The gun was too easy to find, especially for a young boy who seemed to have an interest in weapons. They argued that Jörg K. must have been aware of the risk, because he checked to make sure the weapon was still there each night when he went to bed. Investigators also found hundreds of bullets of diverse caliber that had also not been stored properly in accordance with the German gun control law.

The second question was whether Jörg K. could have predicted that his son might go on a killing spree.

Prosecutors argued that Jörg K. had concrete reasons to keep weapons away from his son after Tim K. confided in his parents around a year before the crime that he might be manic depressive. His parents reacted quickly, taking their son to a youth psychiatrist. In his very first discussion with a psychiatrist, he spoke of his hate for the world and the idea of killing people. The therapist told the police she had informed the parents of his statements. The family has disputed the claim.

Shortly after the family met with the psychiatrist at the clinic, Jörg K. reportedly took his son for his first visit to the shooting club. There, he showed Tim K. how to load, aim and fire a Beretta pistol -- only this time a real one rather than the air pistol of the same brand he already had hanging on the wall of the boy's bedroom. 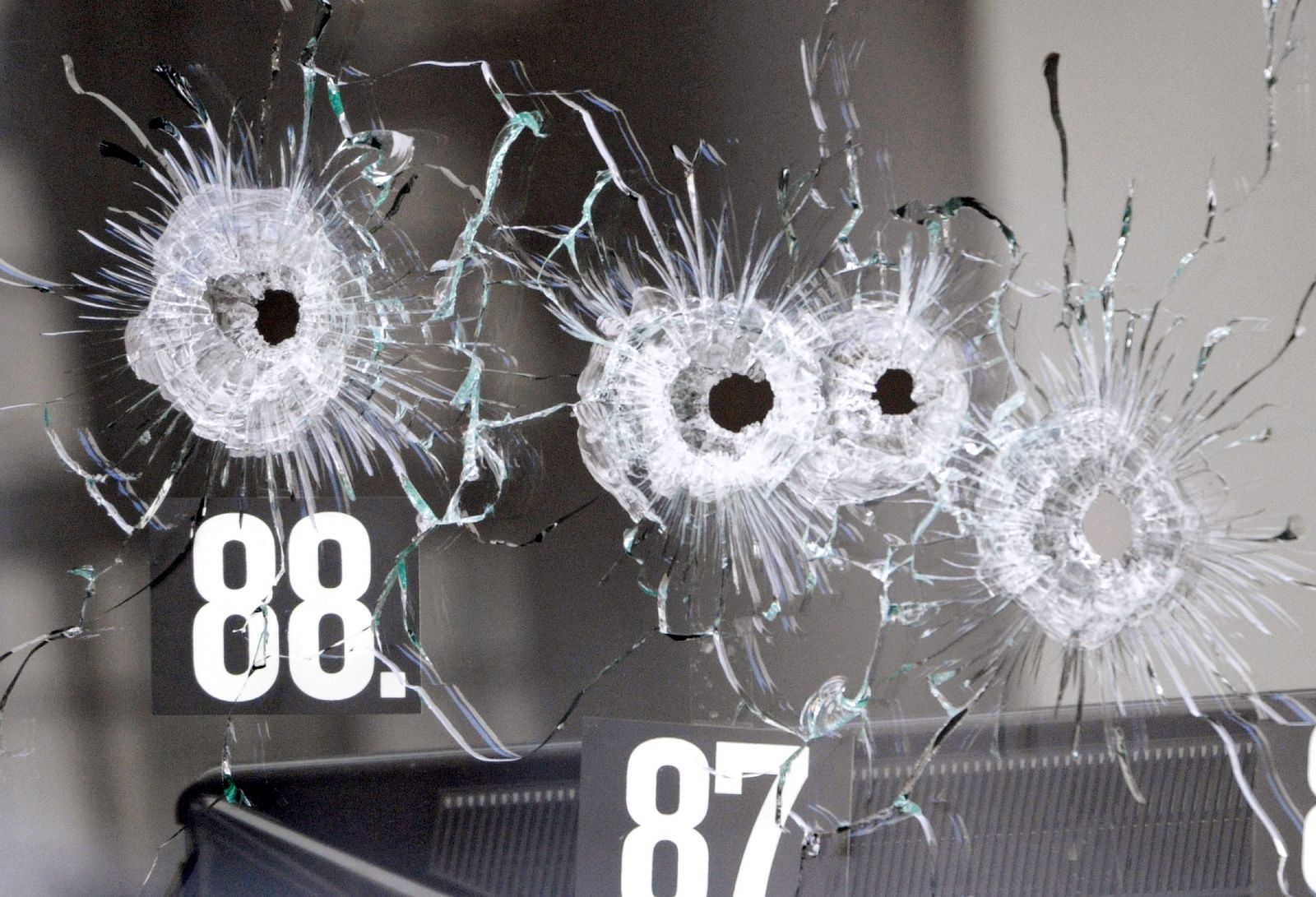 Photo evidence from a car dealership in Wendlingen, Germany to which Tim K. fled during a shooting spree that resulted in the deaths of 15 and the shooter's suicide.