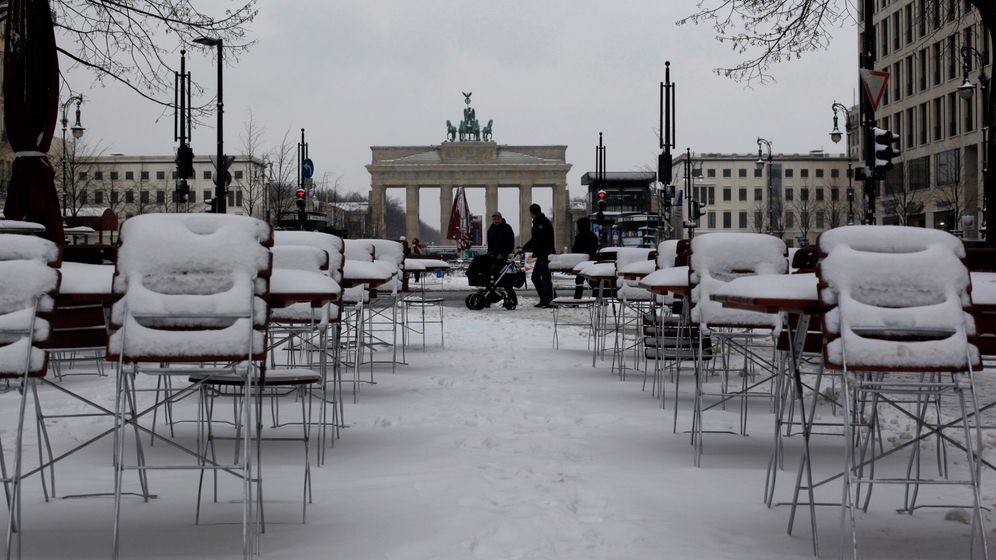 Photo Gallery: The Return of Winter

Germans might be extremely good at engineering. But they are even better at complaining about the weather. Which is why the first few days of March were such a welcome respite. Following the dreariest winter since records began over half a century ago -- and the accompanying long faces and grousing -- the sunny, 12-degree Celsius (55-degree Fahrenheit) weather seen last week was enough to guarantee jammed tables at outdoor cafes.

Now? Those same cafes, in northern Germany at least, are buried under up to 22 centimeters (nine inches) of snow, with temperatures in the coming days to remain stubbornly below freezing. The front is set to spread across the rest of the country on Monday and Tuesday, prematurely shuttering Bavarian beer gardens that opened their gates last week.

Even worse, despite spring being awaited this year with more anticipation than usual, the unseasonably cold weather is set to stick around at least through the end of the week. Temperatures in Berlin won't climb back up above freezing until the weekend at least, according to meteorologists.

Germany and its immediate neighbors, of course, aren't the only places where winter returned with a vengeance after early spring sunshine had raised hopes. Britain too experienced some unexpected snowfall this weekend, dashing initial hopes for a warm month of March.

Still, with Christmas weather having been a balmy 10 degrees Celsius (50 degrees Fahrenheit) last year, perhaps the weather gods are trying to make amends. There is, after all, still a chance of a white Easter. 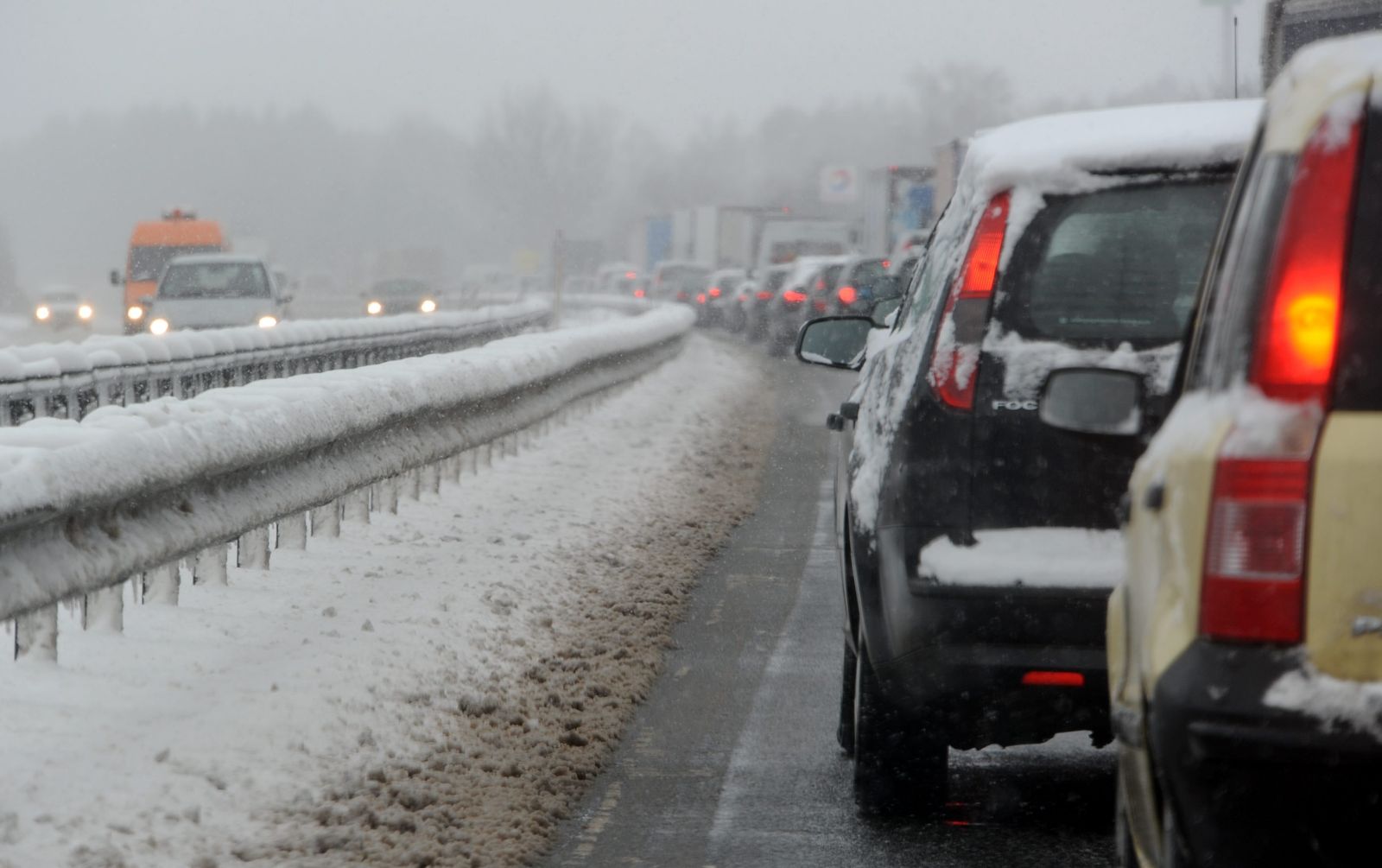 Traffic was snarled throughout northern Germany on Sunday and Monday.