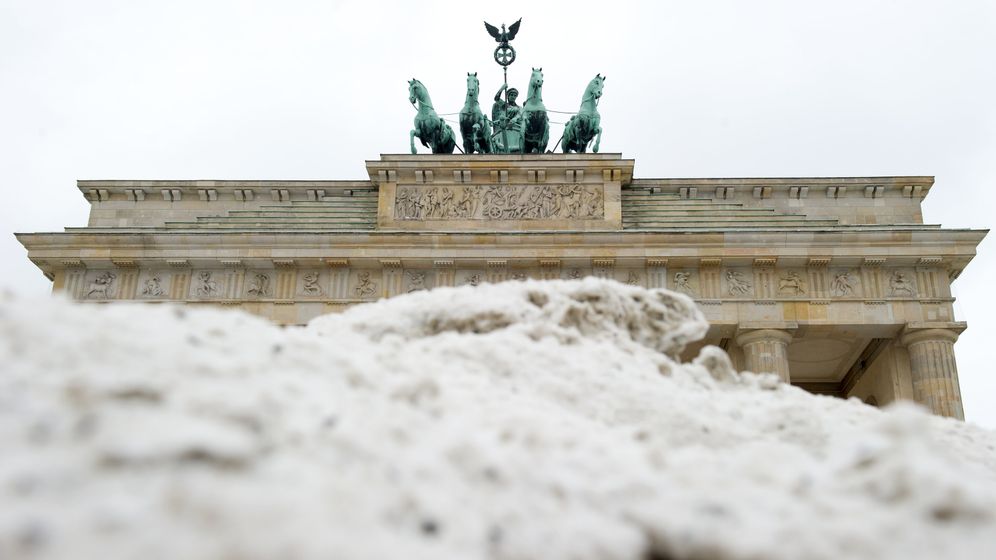 Jack Frost continued to bite at Germany's nose on Tuesday, with snow still falling across many parts of Germany on Tuesday, following heavy snowfall on Sunday and Monday, the German Weather Service (DWD) reported. The service said that 3.5 billion tons of snow fell in the country on Sunday alone. With winter weather continuing, that figure could rise to 6 billion tons by Wednesday.

Winter weather conditions led to frustrating travel conditions across the country. At Frankfurt's airport, Germany's largest, about 543 or 1,190 planned flights were cancelled Monday, according to German news agency DPA. In Munich another 200 flights were grounded. Delays affected air traffic at every German airport as crews de-iced planes and snow-removal equipment was used to clear gates.

Icy conditions also shut down a major stretch of highway in northern Germany around Berlin, affecting Monday morning commuters. And a 70-kilometer-long (44 miles) traffic jam formed on the A4 autobahn near the border between the states of Thuringia and Hesse.

With lighter snowfall on Monday, night, conditions eased on Tuesday. By midday, only 54 of the planned daily 1,200 flights arriving or departing from the Frankfurt airport had to be cancelled.

While the weather might have created hassles for some, it also created pleasures for others. In forests and mountain areas, skiiers took to the paths, and in some places ice skaters could even be seen cutting figures on ice-covered roads.