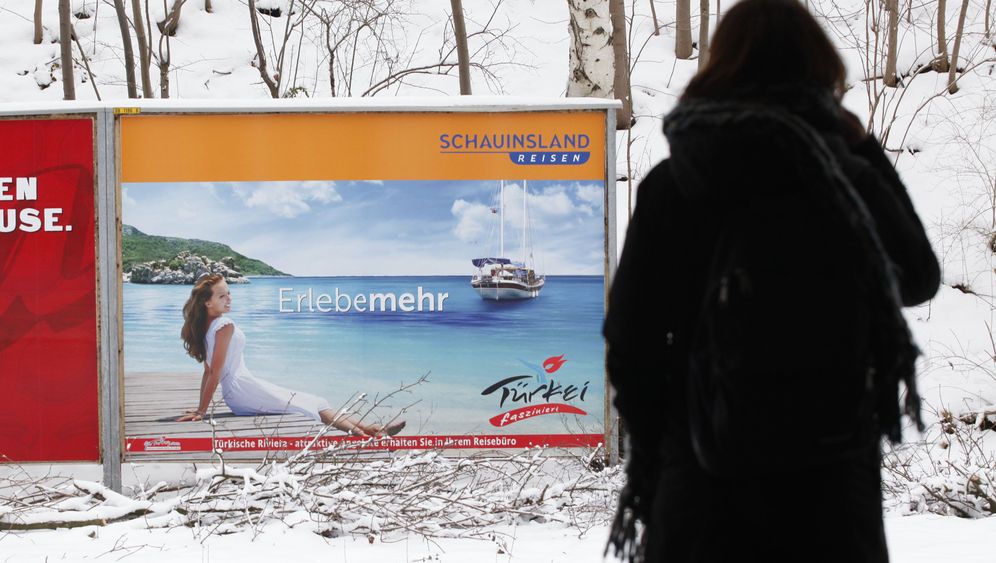 Germany's climate stinks. It's dark, wet and cold in the winter. And while spring and summer are warmer, the weather remains intermittently soggy. This is probably the reason Germans travel so much. Almost anywhere they go, the weather is likely to be better than back home.

But because winter is so miserable, they still get pretty jazzed about springtime. The moment the sun comes out and the flower bulbs start popping, they emerge pale-faced from their dank dwellings to stroll hand-in-hand with loved ones, eating ice cream and soaking up desperately needed Vitamin D on park benches. They even start smiling.

Not this year, though. No, this year, Germany has not only been treated to the darkest winter on record, sending wretched residents to the brink of despair. To top it off, the official beginning of spring has also been marked with record snowfall -- though of course not always where winter sports enthusiasts could make any use of it.

While it has been raining at lower altitudes down south near the Alps, the flatlands in the northeast have been getting dumped on. Some 27 centimeters (11 inches) of snow, a record for the month of March, fell in the northern state of Mecklenburg-Western Pomerania on Wednesday, which marked the calendric start of spring. Just off the Baltic Sea coast on the island of Rügen, 35 centimeters of snow reportedly fell, making it impossible for buses to bring children to school. Unfortunately for grown-ups, there are no snow days in real life.

On Thursday, the snow continued to fall across much of central and northern Germany. In Berlin, a number of flights were cancelled, and police reported that there had already been some 60 weather-related traffic accidents before 7:30 a.m. local time. Weather experts predict that up to 20 centimeters of snow will fall in the German capital before the weekend.

While wintry episodes aren't uncommon in March, even meteorologists seem stunned by the persistence of the current weather pattern, a cold front from Scandinavia. "It's unusual for it to stick around so long," said meteorologist Fabian Ruhnau of the weather portal Meteomedia on Wednesday.

But stick around it will, and for about another week, according to forecasts, which say residents should expect more cold, wet weather.

"The cold air from the north is likely to intensify," Ruhnau said, adding that record low temperatures for this time of year could also occur. While the north may see a bit of sunshine, he added, "it will remain bitterly cold due to a brisk easterly wind."