For German Chancellor Angela Merkel, the next few weeks could prove to be the most challenging of her term in office. Her task: to push ahead with the deeper integration of the European Union in order to save its ailing common currency. Not known for her use of impassioned words, she made a strongly worded speech on Wednesday when she told the federal parliament, the Bundestag, she wanted to address the euro crisis in a "controlled process."

In the coming weeks, however, her coalition government of the conservative Christian Democratic Union (CDU), its Bavarian sister party the Christian Social Union (CSU) and the business-friendly Free Democratic Party (FDP) will be put to the test. The Bundestag is slated to vote on the latest euro rescue measures at the end of September.

Meanwhile, the situation in Greece remains tense following the decision by the troika, a special commission comprised of officials from the European Union, the International Monetary Fund (IMF) and the European Central Bank (ECB), to depart Athens last week without any results. It appears that the government in Athens wants to loosen its deficit targets for this year and next. Officials in Berlin are alarmed. German Finance Minister Wolfgang Schäuble has warned Athens that the troika's work must be successful -- otherwise the next tranche of aid to Greece will not be transferred.

The developments are nothing less than a stress test for Merkel's coalition government. And a test vote on the bailout packages conducted by the CDU, the CSU and the FDP earlier this week didn't bode well for Merkel. Although it is widely believed there are enough votes to pass the legislation -- the opposition center-left Social Democrats and Greens have said they will support it -- it is anything but a given that Merkel will be able to forge a majority relying exclusively on her coalition partners. The latest news coming out of Greece and Italy, where enthusiasm for budget consolidation appears to be waning, isn't helping matters.

How will Merkel's coalition solve the crisis? What are the Bundestag members' biggest concerns, and how will the European Union move forward? SPIEGEL ONLINE has compiled an overview of the most pressing issues.

How Many Billions of Euros Are at Stake?

In July, EU leaders agreed to new measures to halt the euro debt crisis that go far beyond the mechanisms previously put in place to save the common currency. For starters, the effective lending capacity of the rescue fund, the European Financial Stability Fund (EFSF), will be increased to €440 billion ($619 billion). However, this will also require that the fund's guarantees be increased to €780 billion in order to ensure the highest possible credit rating. As the largest economy within the 17-member euro zone, Germany will carry the greatest burden, providing €211 billion in credit guarantees. Previously, the German government had committed €123 billion.

So far, Germany has not had to pay out any actual cash. At the moment, only guarantees are involved -- it would first be forced to transfer real money if crisis-plagued countries like Greece, Spain or Portugal were to become insolvent. If a large country like Italy were to go bust, though, not even the expanded EFSF would be enough to save it.

What Is the German Parliament Afraid of?

The expansion of the EFSF touches on the core responsibility of the German parliament to determine the national budget and how taxpayer money is spent. Currently, the government and parliament are addressing what the Bundestag's future role will be in decision-making on euro bailouts. Leaders in parliament of the three parties in Merkel's government coalition are currently discussing a graduated procedure:

How Has Germany's Highest Court Ruled?

On Wednesday, the Constitutional Court rejected three lawsuits seeking to derail any further German approval for euro rescue packages. But the court also made clear that the previous status quo -- that Merkel's cabinet only had to reach an agreement on aid packages with the parliament's budget committee -- was insufficient. When it comes to decisions with direct relevance to the federal budget, the court ruled, the Bundestag must retain control and cannot transfer this right to another body. The justices ruled that euro rescue packages must be individually approved by parliament.

What Is the Rescue Fund Permitted to Do?

The EFSF will be given new powers for taking swift measures during crises. It will be able to directly purchase bonds from beleaguered euro-zone countries on secondary markets, for example -- in other words, from private banks or other financial institutions. The EFSF will also be able to provide aid to troubled banks through credit lines to the affected government. And if a country is put under pressure through speculation on the markets, then EFSF can also provide it with credit lines in the hope of helping to calm the markets.

How Will the Crisis-Plagued Euro Zone Further Develop?

When it comes to visionary thinking, Chancellor Merkel has a tough time. She speaks of a "long, difficult path to a more sustainable future European Union." She has also said that changes to the existing European treaties should "not be taboo." Her words sound a bit defensive. The chancellor and French President Nicolas Sarkozy both want an "economic government" for the euro zone. But they don't envision any kind of decision-making body.

In the past, when German Finance Minister Wolfgang Schäuble expressed deeply controversial theories of a "two-speed" Europe, he immediately drew criticism. Today, he largely eschews such visions. He did recently reiterate his push for changes to the European treaties, but he also made clear that that no majority support for those changes will be possible for the foreseeable future. Instead, Schäuble is pushing for improved cooperation. His plan aims at much tighter coordination of budget, finance, economic and social policies between the 17 euro-zone countries.

What Is the Position of the FDP, Merkel's Coalition Partner?

FDP party leader and Economics Minister Philipp Rösler recently presented his own proposals for a "Stability Council" for the euro. Under it, euro-zone member states would regularly be given competitiveness tests in which sanctions could also be applied. The Stability Council would also have a say in how EU structural subsidies are distributed in the future.

As economics minister, however, Rösler has little sway in these policy areas, and the chancellor and finance minister have done little more than give friendly acknowledgement to his plan. As they have done throughout the crisis, many in the FDP are also considering ways to make it possible for crisis-stricken countries to exit the euro zone. However, the party's honorary chairman and most famous member internationally, former Foreign Minister Hans-Dietrich Genscher, has pushed for the party to support deeper European integration and for greater powers to be transferred to European institutions in the areas of finance and economic policy.

Will Europe Soon Have an EU Finance Minister?

German Finance Minister Schäuble has repeatedly expressed his support for the idea of a European finance minister -- a measure that is opposed by the FDP. Party leader Rösler is against creating any new institutions. The FDP fears that a new finance minister could attempt to impose a European tax on top of existing national taxes. European Commission President Jose Manuel Barroso has repeatedly expressed his idea for EU taxes -- both a financial market tax and a value-added tax. FDP leaders in Germany have strongly rejected these proposals.

What Is the Status of the Transaction Tax?

Initially unpopular, but later brought into play by Schäuble, the financial transaction tax is still awaiting approval. The current hold-up is resistance in Britain, whose capital London is one of the world's most important financial centers. Schäuble has said he could envision implementing the tax exclusively in the 17 euro-zone member states without Britain, but the FDP has opposed this proposal because it would give London a competitive advantage if financial institutions based there weren't required to pay the levy. Instead, the FDP is demanding that the tax be imposed in all 27 EU countries. At its most recent party meeting, the FDP made clear it would not otherwise back the transaction tax.

Where Do Germany's Opposition Parties Stand?

Despite the uncertainty over whether Merkel can secure majority support within her coalition for the Bundestag vote on the euro bailout measures at the end of September, it is fairly certain she will be able to draw enough votes from the other parties in parliament to push the packages through. The Green Party and the center-left Social Democrats (SPD) have already indicated their support for the measures. The SPD has called for more comprehensive powers for parliament in bailout decisions and for the private financial sector to also participate in the bailouts, but it has not made the latter a precondition for its support. The SPD is trying to come across as a responsible party when it comes to EU policies, while simultaneously trying to set a trap for Merkel. If it is clear to Bundestag members within the coalition that Merkel will have a majority in parliament for the rescue packages, it will also make it easier for euroskeptics among the CDU and FDP to vote against the measures. This, in turn, would further jeopardize Merkel's ability to form a majority within her own government.

Will Euro Bonds Be Introduced?

For now, they aren't planned. The FDP is strictly opposed to instituting a European bond with markedly lower interest rates. Opponents of euro bonds fear that they might encourage crisis countries to neglect their budget consolidation measures.

And there are already warning signals. Italy appears to be softening its austerity policies and Greece is still far from achieving any tangible savings goals. Experts with an EU, ECB and IMF troika dispatched to Athens left in frustration last week after determining that Greece had failed to make progress on two-thirds of the items on a recently agreed-to austerity to-do list. No further tranches of Greece's multibillion-euro aid package will be paid out until the troika completes its progress report.

Are We Headed Towards a United States of Europe?

The idea of a United States of Europe is an old one. The SPD even dreamed about it as far back as 1925, but the idea of a federal state or confederacy of nations remains little more than a bold vision. German Labor Minister Ursula von der Leyen recently expressed her desire for a "United States of Europe," attracting both headlines and resistance.

There is currently no majority support in the EU member states for a mass transfer of sovereign powers to Brussels. Merkel's own conservative party opposes the idea. Meanwhile, Horst Seehofer, who heads Bavaria's CSU, has said he is against Germany transferring any decision-making powers relating to economic and financial policy to the European Union. In addition, in its ruling on the Lisbon Treaty, the last major change to the EU treaties, the German Constitutional Court held that any further European integration that goes beyond the provisions of the existing treaties would require a national referendum. 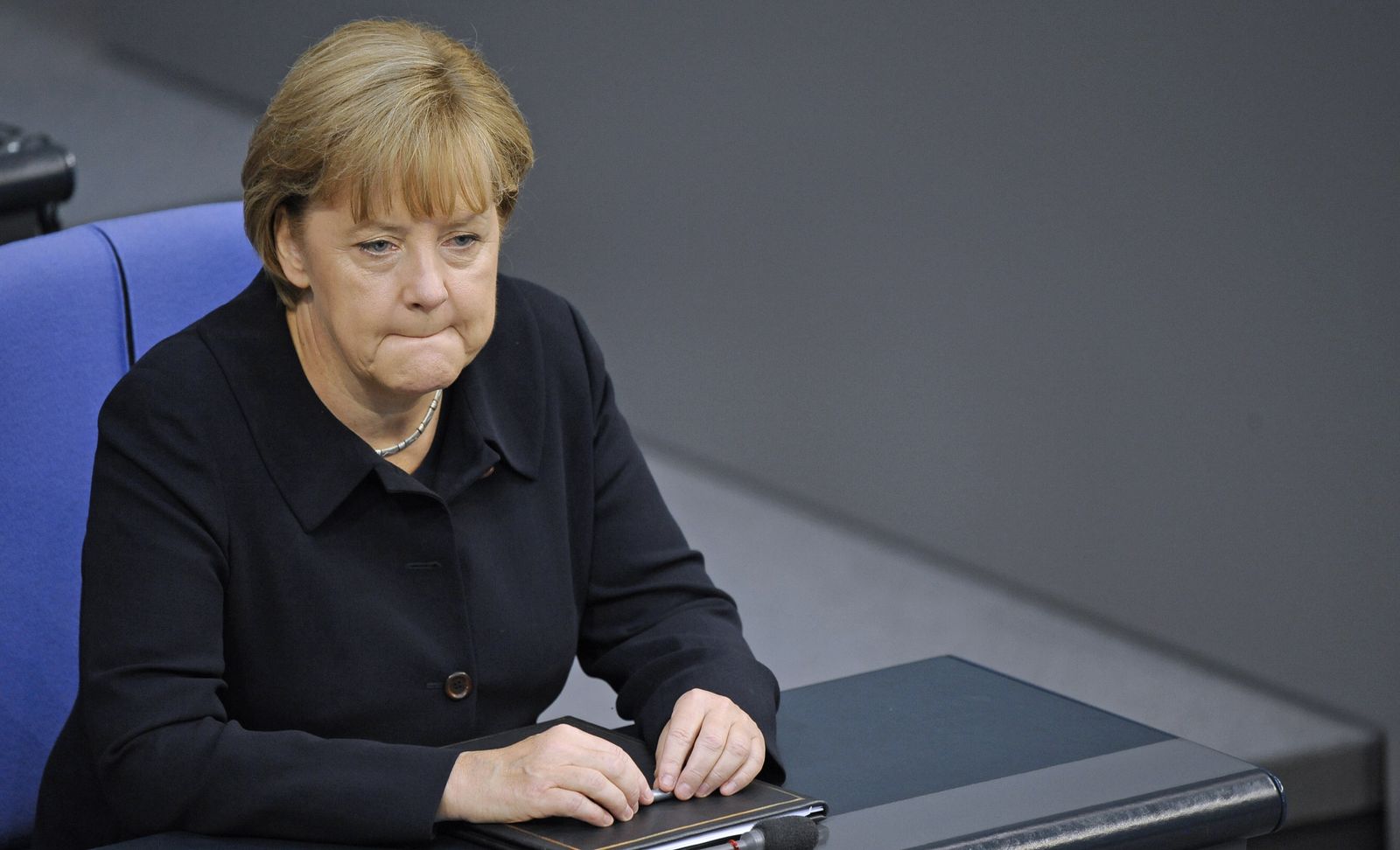