Sigmar Gabriel, the head of Germany's center-left Social Democratic Party, is calling for tougher integration policies in his country. In an interview with SPIEGEL ONLINE on Monday, he said that immigrants who refuse to participate in programs offered by the government to help foreigners integrate are as unwelcome as hate preachers who have found homes in some of the country's mosques and receive their funding from abroad.

The SPD leader's comments attracted criticism from the Green Party. Veteran Green politician Volker Beck described his words as the "beating of the drum against immigrants with cheap populist politics."

Gabriel's statements reflect a tougher tone in the language of his party, which has long been aligned with the country's labor movement and governed together in Berlin with the immigrant-friendly Green Party before conservative Chancellor Angela Merkel came into power. His comments have also highlighted a divide within the party on integration policy.

"The question of penalties surely shouldn't be at the center of the integration debate," Sebastian Edathy, a member of the SPD's parliamentary group told the website of the newspaper Handelsblatt. "Instead we should be looking at the question of how we can deal with this through a better and more targeted education policy." Edathy added, however, that foreigners must participate in integration programs designed to cater for them.

The SPD in recent days has initiated procedures to oust from the party Thilo Sarrazin, a member who resigned from his position on the board of Germany's central bank, the Bundesbank, over passages in his new book and remarks he made in interviews suggesting that Muslim immigrants are dumbing Germany down, that Jews share a specific gene and that immigration is gradually overwhelming ethnic Germans. He has also argued that many Turks and Arabs living in Germany are unwilling to integrate. Regardless whether his theories are racist or not, Sarrazin has struck a chord with many Germans about the country's integration failures in recent decades. This, in turn, has put the SPD officials under pressure not to expel Sarrazin.

SPIEGEL ONLINE International has compiled highlights from the interview given by Gabriel on Monday.

SPIEGEL: What does integration mean to you?

Gabriel: First it means supporting people: Offering language training, family education centers in social problem areas and creating more all-day schools and teaching positions. We also need to express to the public the many successful examples of integration. Germany should be proud of how many children of immigrant guest worker families have for a long time now been becoming scientists, skilled workers or entrepreneurs. But we also, of course, need to make demands. Regardless whether a person is German or a foreigner: We will send out the police to visit anyone who doesn't send their children to school regularly and punctually and also make them pay painful fines -- even if that person is a Hartz IV (social welfare) recipient. Those who reject integration programs in the long term have as little right to stay in Germany as a hate preacher paid from abroad in a mosque. And, in cases of emergency, we need a much greater police presence at focal points of criminality.

SPIEGEL: That's what you mean by demands?

Gabriel: Yes, that too. The Germans' sense of security is also something that one must respect. The mayor of Vienna recently brought in more security forces to ensure that house rules are abided by in apartment buildings owned by the city. He no longer wanted to accept the fact that more and more local residents were moving away and that large housing estates comprised of foreigners were forming.

SPIEGEL ONLINE: Thilo Sarrazin also makes an issue of integration problems. Why do you want to kick him out of the Social Democratic Party?

Gabriel: Because in his book, he calls on the state to differentiate between socio-economically valuable and less valuable life again. In Sarrazin's view, "good genes" should be propagated more and "bad genes" should not, or at least less. He's not just talking about Muslims and Germans, as many suggest, but also about people higher up in society and those who are at the bottom.

SPIEGEL ONLINE: And that justifies procedures to kick him out of the party?

Gabriel: Yes. His theses are a brew from the tradition of racial hygienists of the 1920s. Sarrazin quotes those who were responsible for the sterilization of 60,000 allegedly asocial people in Sweden. Or he quoted so-called "intelligence researchers," who, for the most part, give speeches to neo-Nazis. Either Sarrazin has such a poor education when it comes to history and society that he doesn't know any better, or he acts very consciously. I'm alarmed by this elitist mentality, but also by the lack of knowledge of this book shown by the people who are publishing excerpts that don't include all the terrible passages and have hyped it.

Editor's note: This article contains quotes from an interview conducted by Rolland Nelles and Veit Meddick. 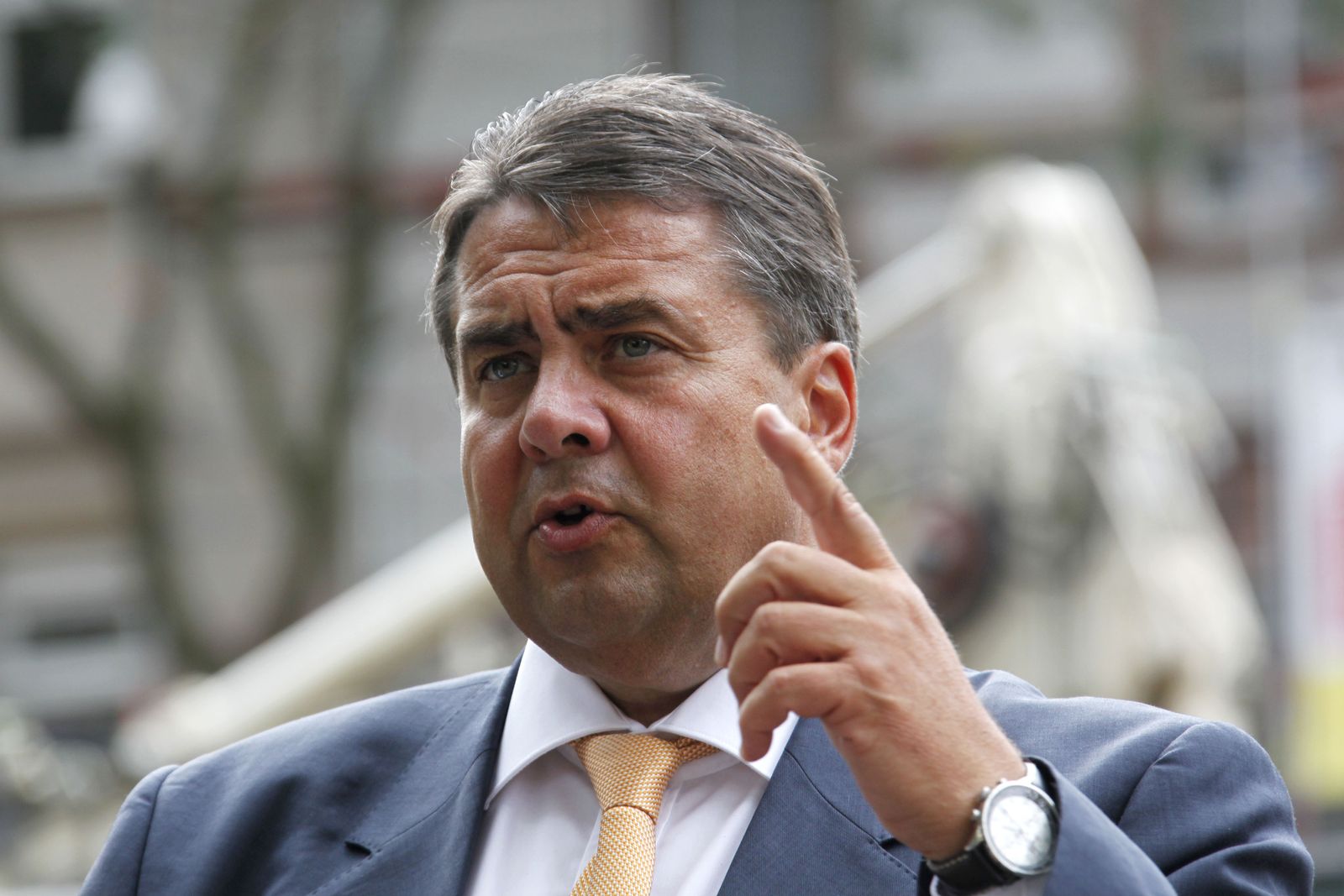 Social Democratic Party leader Sigmar Gabriel: "The Germans' sense of security is also something that one must respect."