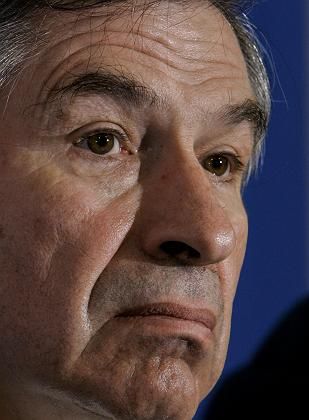 World Bank President Paul Wolfowitz: "Should do the bank a service and take responsibility for his own actions."

Germany's development minister, Heidemarie Wieczorek-Zeul, has joined the chorus of politicians calling for World Bank President Paul Wolfowitz to resign over a nepotism scandal that saw him secure a generous raise and job for his girlfriend.

She told the Financial Times Deutschland newspaper that the situation was "no longer acceptable," in an interview published on Monday. "My conclusion is that Wolfowitz should do the bank a service and face the consequences. The sooner, the better."

Wieczorek-Zeul, a Social Democrat, is the minister in Chancellor Angela Merkel's cabinet responsible for World Bank affairs as well as the bank's German governor. Germany, together with the United States, Britain and France, is one of the bank's largest shareholders. According to the newspaper, which did not cite a source, European directors of the World Bank are seeking to make clear to Wolfowitz that there are no solutions to the scandal that involve his future employment there.

"We are not seeking a confrontation with the United States," she added. "My hope is that the shareholders' concerns will also be understood in the USA. Nor are we questioning the USA's right to name the World Bank president."

Over the weekend, the Financial Times published a letter signed by 42 former top World Bank executives calling for Wolfowitz's resignation. "We believe he can no longer be an effective leader," the letter read. "He has lost the trust and respect of bank staff at all levels, provoked a rift among senior managers, developed tense relations with the board, damaged his own credibility on good governance -- his flagship issue -- and alienated some key shareholders at a time when their support is essential for a successful replenishment of the resources needed to help the poorest countries, especially in Africa."

The only way for Wolfowitz to further the bank's mission, the letter argued, would be for him to "resign."

Documents released just over a week ago showed that Wolfowitz played a direct hand in getting a job for Riza at the US State Department in order to avoid a conflict of interest by having his girlfriend work for the World Bank. Riza remains on the World Bank's payroll, and Wolfowitz secured a significant raise for her before she left to work at the State Department, taking her annual pay from $133,000 (€97,750) per year to $193,590. The revelations led to cries of nepotism and calls around the world for Wolfowitz's resignation.