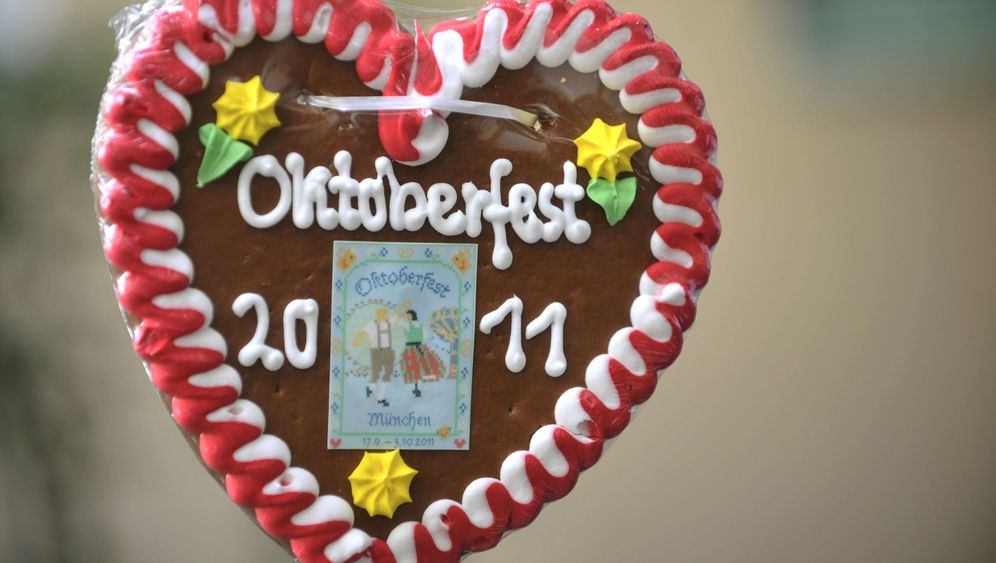 Germany's best-known party, Oktoberfest, will kick off its 178th year on Sept. 17. While Munich has already started setting up beer tents in anticipation of the estimated 7 million tourists expected to guzzle beer and eat pretzels at this year's event, a new initiative is preparing to help keep women safe on the Wies'n.

Plans are in place to distribute 5,000 neon-green wristbands to women attending this year's beer-tent party circuit. These are no ordinary "ladies night" wristbands, however. The inside of the wristbands can be used to write information like friends' phone numbers and hotel addresses: valuable details for those who may have had one beer too many and are struggling to get home. The weather-resistant and tear-proof wristbands will be distributed at various locations, including hotels and campsites commonly frequented by tourists.

The hope is that the wristbands can help women who are lost get home safely -- and potentially decrease the incidents of sexual assault that are an annual occurrence at the Oktoberfest. Each year, about 12 women attending the Oktoberfest report rape or attempted rape, according to Maike Bublitz of the Women's Emergency Crisis Center Munich. Experts believe that the number of unreported cases could be 10 to 20 times higher.

Just how successful the wristbands will be in lowering incidents of sexual assault against women on the Wies'n remains to be seen. If the project proves a success, A Safe Oktoberfest for Girls and Women, the organization behind the initiative, plans to expand it and increase the number of wristbands it hands out in 2012.

The organization is focusing much of its attention on English-speaking Oktoberfest-goers, and is working with the Association of American University and Professional Women to inform the young English-speaking women of the dangers present at Oktoberfest. Americans, Australians and Canadians, in particular, have often been victims of assault in the past.

"When one looks at the police reports from Oktoberfest, it is striking every year how some of them experience serious sexual violence at the Oktoberfest," says Christine Rudolf-Jilg, spokeswoman for A Safe Oktoberfest for Girls and Women.