Gallows humor is about all Yvo de Boer can muster these days. When the head of the United Nations Climate Secretariat entered the press hall at the Copenhagen climate conference on Tuesday evening, he was carrying a life ring, which he had just been handed by the development NGO Oxfam. "Act now. Save lives," it said on the ring. And "tck, tck, tck." A photographer asked him to stick his head through the ring for a picture. De Boer grinned. "I'll hang myself with it if this here goes wrong," he replied.

"This here." De Boer was referring to the climate summit, and it reached a critical phase on Tuesday. "In the next 48 hours, the environment ministers are going to have to work very hard," de Boer said. Should the 130 heads of state and government, many of whom are arriving on Wednesday, be unable to come up with a tangible agreement, the summit could end up with little more than a weak political statement of intention. Failure, in other words, is imminent.

On Wednesday afternoon, according to delegates at the conference, the Danish conference chair is to present the first official draft of the closing statement. But on Tuesday, it was more unclear than ever just how binding the statement might be. The US delegation dashed the hopes of any remaining optimists with its announcement that President Barack Obama would not be improving the American pledge to cut greenhouse gas emissions by 17 percent by 2020 relative to 2005. "I am not anticipating any change in the mitigation commitment," said chief US delegate Todd Stern on Tuesday afternoon.

The Chinese too are likewise digging in. Referring to his country's stated emissions reduction targets, China's climate ambassador Yu Qingtai said "we announced those targets, we don't intend to put them up for discussion." 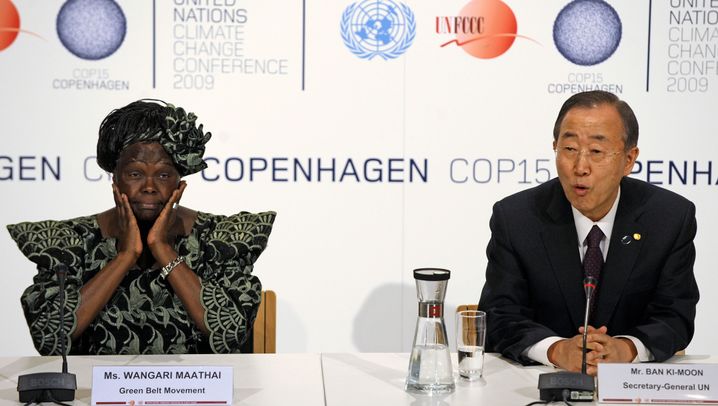 The positions of the US and China could end up being a major problem for the negotiations. Developing and newly developed countries are demanding ever more vehemently that nations in the industrialized world increase the emissions cut targets they have thus far announced. China accused the US and other rich countries of having offered less at the conference this week rather than more. Some representatives, particularly those from island nations threatened directly by climate change, said they would not sign a "suicide pact."

Some rich nations have signalled a willingness to compromise, German Environment Minister Norbert Röttgen, a member of Chancellor Angela Merkel's conservative Christian Democrats, said on Tuesday. Röttgen serves as co-chair of the industrialized nations in the working group focusing on the CO2 reduction targets in the industrialized world. He said he tried to "eliminate all doubts" that reduction targets would be increased.

The offers currently add up to a reduction of CO2 output among industrialized nations by 16 to 23 percent by 2020 relative to the baseline year of 1990. The US offer -- a reduction of 17 percent relative to 2005 -- is merely a small drop in the bucket. If one calculates the offer using the baseline year of 1990, it represents a mere 4 percent cut.

Stuck in Congress for Months

US chief negotiator Stern justifies his country's refusal to increase its cuts by pointing to the political situation in Washington. Obama's climate law has been stuck in Congress for months -- and the president is wary of promising more in Copenhagen than lawmakers will approve back home.

Countries such as China and India, on the other hand, have merely promised to cut their "carbon intensity" -- the amount of CO2 emitted for each dollar of economic activity. They refuse to commit to any absolute reduction targets -- with good reason, Rajendra Pachauri, head of the Intergovernmental Panel on Climate Change, told SPIEGEL ONLINE. "It is not fair to speak about reductions for a country in which 400 million people have no access to electricity and 90 percent of the rural population burn twigs, leaves, cow dung and agricultural residue for cooking barely two meals a day," he said. "Politically, one can forget about cuts for India." He says that, were the Indian government to commit to any cuts at Copenhagen, it would collapse soon after arriving back in Delhi.

An unofficial draft of the concluding statement, which circulated at the summit on Tuesday, was correspondingly weak. There were no numbers at all attached to any of the central questions being addressed by the summit: by how much CO2 emissions will be reduced on the long term; when the peak will be reached; what the maximum acceptable temperature increase will be; how much help will the developing world receive from rich nations. Everything remained open. Should there be no answers found to those questions by the time the conference ends on Friday, the failure will be complete.

'We Need to Get Serious'

"The industrial countries have to present a collective reduction target -- and not for 2050 but for 2020," Pachauri says. Should that not happen, there will be "big problems in some countries of the world," he said, referring specifically to African nations and island states.

The fear of failure has reached Berlin as well. "I can't conceal the fact that I've become a bit nervous about whether we'll be able to do it," German Chancellor Angela Merkel said at a press conference in Berlin on Tuesday. "We all know time is running out and we need to get serious."

Currently Röttgen is trying to increase pressure on China and the US, with one lever being an alliance between the EU and the developing nations. French President Nicolas Sarkozy did his part on Tuesday by saying there was an agreement between the EU and African countries regarding CO2 reduction targets -- though he declined to mention concrete figures.

"Africa and the European Union are on the same line," he told reporters after meeting with Ethiopian Prime Minister Meles Zenawi, who is representing Africa in Copenhagen. Zenawi agreed that there was a "near-total understanding."

At the moment, Röttgen has said, that the biggest difficulties are being caused by the intransigence of the US and China. The two countries "have not taken one step toward the goal." Instead, he said, they are trying to hang on to the most possible bargaining space as possible for as long as possible. Still, Röttgen is cautiously optimistic: "We are on track to come up with a result on Friday," he insists.

The consequences such failure would hold become clear when talking to Josette Sheeran. She is the head of the United Nations World Food Program, and she told SPIEGEL ONLINE of the disastrous consequences climate change is having on food supplies in many countries. "We work on the frontline where climate change actually impacts human beings," Sheeran explains.

At the moment every sixth person on earth wakes up in the morning not knowing where their food is coming from that day. "Is the world ready for the level of vulnerability that we are seeing?" she asks. "No! Will we need more money to adjust to it? Yes! Will we need it immediately? Yes!"

The task for the next few days remains huge given the gulf between the interests of the nations involved. Oil-producing states fear for their economic future, small island states for their actual existence. And, thanks to the principle of unanimity, every single one of the 192 governments represented at the summit could torpedo a conclusive closing statement. "This is a United Nations conference," says the Danish conference head Connie Hedegaard. "Everyone must agree to everything." 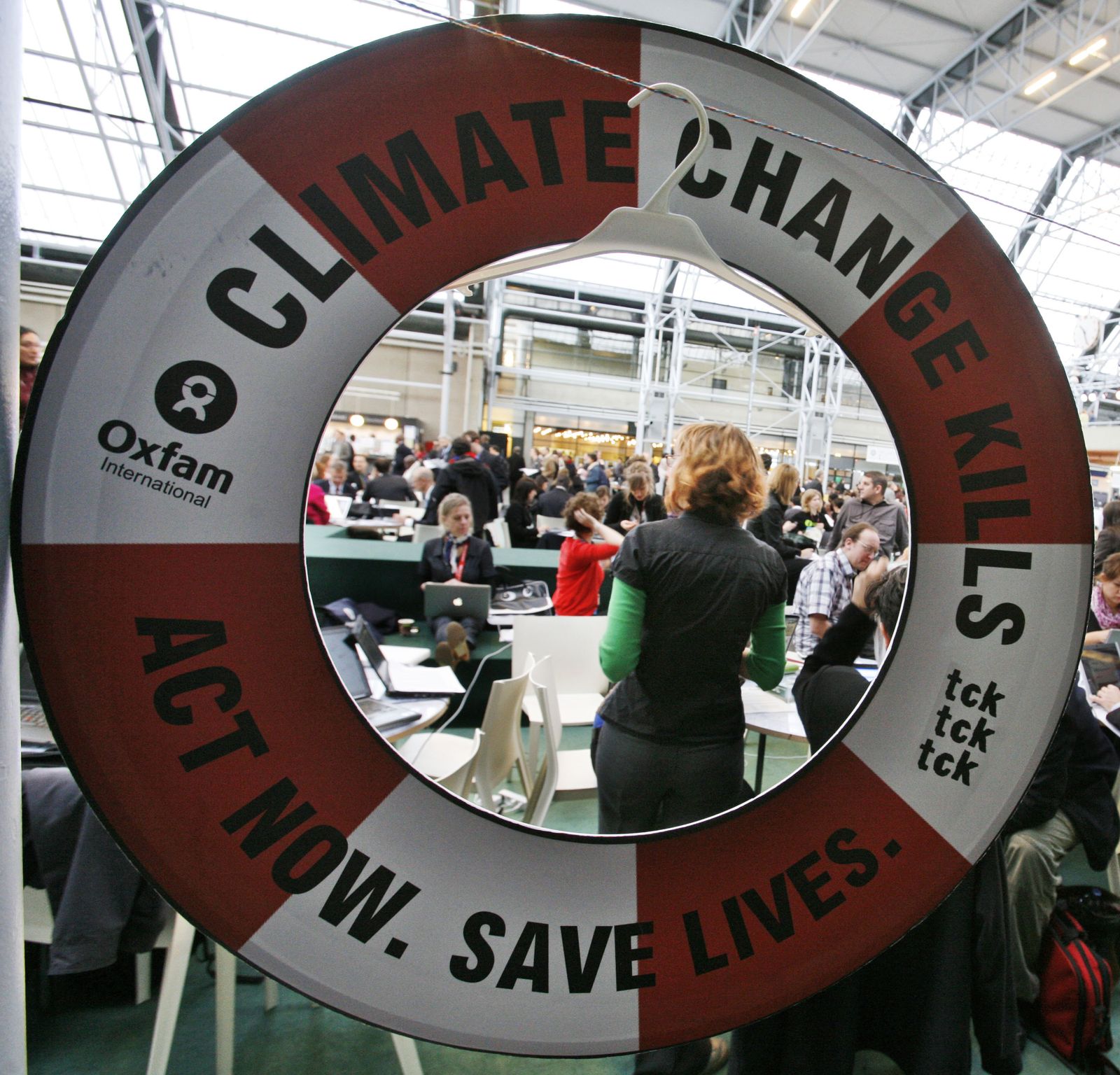 Climate delegates from around the world are gathered in the Bella Center in Copenhagen in an effort to forge an agreement to combat global warming. 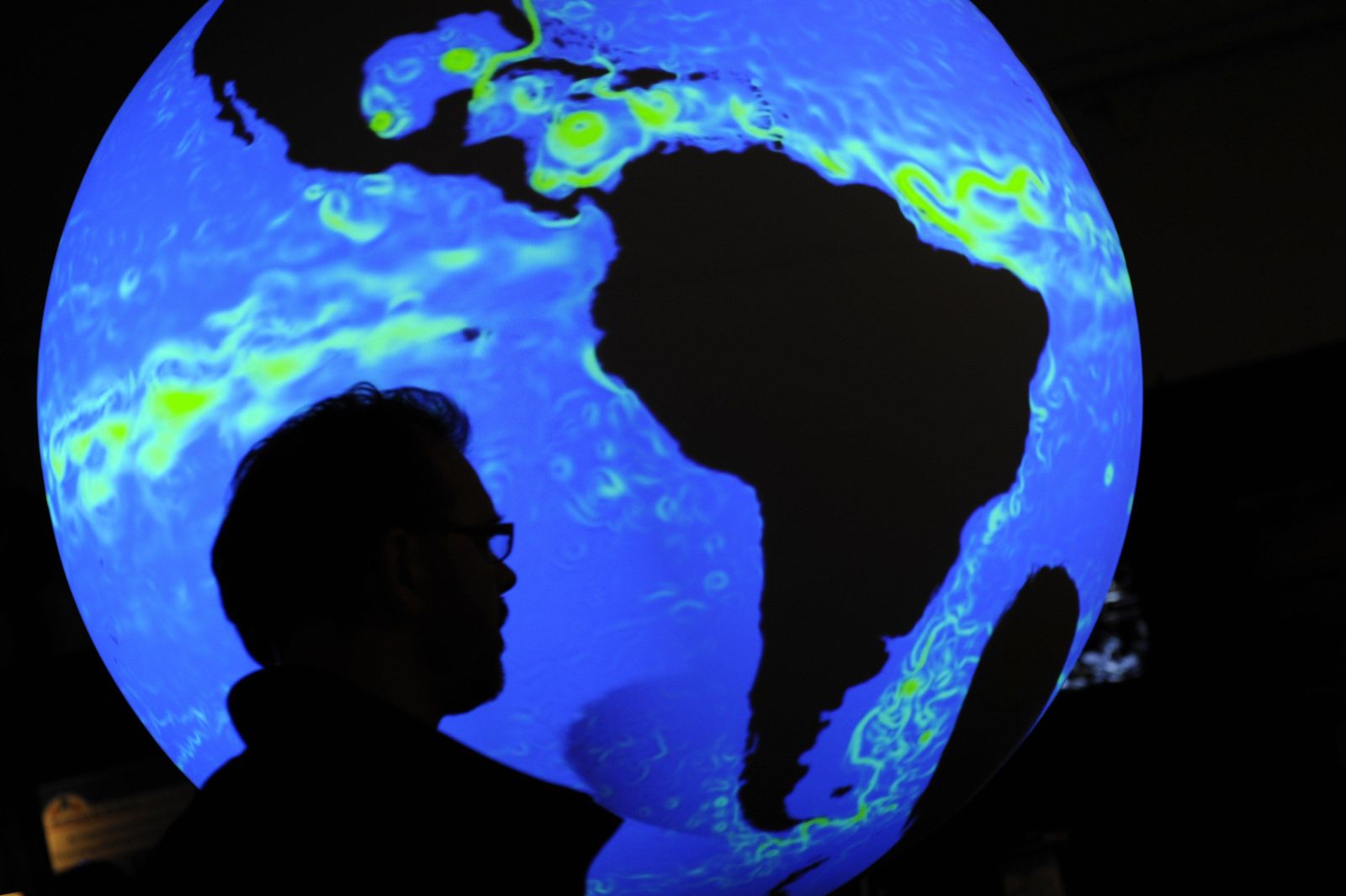