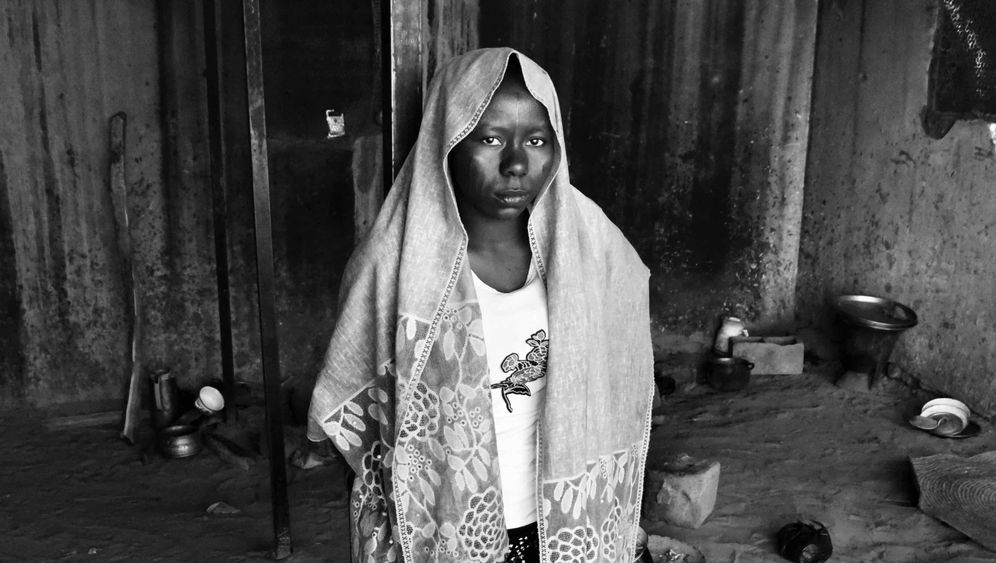 Photo Gallery: 'If You Don't Go, We'll Kill You'

With just a few meters left to go before reaching her village, Halima can hardly stand it. The 20-year-old quickens her pace when she sees the first huts, ecstatic to be back home, even if only for a brief visit. Her gait is a bit unsteady -- after all, it's not easy to walk through fine sand on two prosthetic legs.

Halima doesn't come often to the island of Gomerom Doumou on Lake Chad, which lies at the southern edge of the Sahara and straddles the borders of Cameroon, Chad, Niger and Nigeria. It takes an hour and a half to travel by boat from the small town of Bol in Chad to Halima's home island, weaving through a maze of small islands and floating grass carpets.

Halima says she had a good childhood on Gomerom Doumou and she loves this bit of land, where time seems to have stood still, with its fine sand and trees that provide shade from the midday sun. With the huts made of mudbricks, wood and reeds -- and the cattle with their huge horns.

This tranquil life ended the day she had to follow her husband to the camps of the Boko Haram terrorist group -- and her own life nearly ended a couple of years later as a suicide bomber. She survived, but the explosion ripped off both her legs. One could forgive Halima for being furious with this village and with her family. But she no longer is.

Halima runs her hand over the wooden fence of her parents' home. But she is greeted by silence. No one from her family appears to be in the village today. Residents are often away for days, or even weeks, at a time - fishing on the lake or moving their cattle to parts of the island where grazing is better.

In the center of the village, Halima's former neighbors are sitting in the shade. They greet Mahamat Boka and her small delegation with a nod of the head. The group includes the mayor of Bol, who also works as a teacher and is instructing Halima in reading and writing, and Eli Sabuwanka, a staff member of the aid organization Humanity & Inclusion. The group arranged for Halima's prostheses.

The young woman also sits in the shade, takes off her prostheses and lays them down next to her. The stumps of her legs are aching; she has been on the move the entire day.

Halima was married off at the age of 14. No one asked the girl if that's what she wanted. Her husband was only a few years older than her, and he joined the terror group Boko Haram, just like many other inhabitants of the islands on Lake Chad. A lack of prospects back home renders them vulnerable to Boko Haram and its promises to introduce harsh Sharia law and sweep aside rampant corruption.

For years, Boko Haram has been waging a violent campaign to establish an Islamic theocracy in the predominantly Muslim northeastern region of Nigeria, not far from Halima's home island. Over 27,000 people have died from attacks carried out by the terror organization during the past nine years, and 1.8 million people have been displaced.

Shortly after her marriage, Halima had to accompany her husband to the Boko Haram camps. Their first stop was a small settlement in Cameroon. "It was terrible there. There was hardly anything to eat," she says, and her husband was away most of the time with the other militants. Then came the order to leave for Nigeria.

Halima recounts how they marched through the bush for days on end, plagued by thirst and hunger, and how newborns didn't survive the journey. "The mothers simply had to leave their dead children by the roadside," she says, gazing down at the ground. She remained with Boko Haram until Dec. 22, 2015 -- the day of the attack.

Halima had already related her story in the community center in Bol, where she now lives, her teacher Mahamat Boka telling much of the harrowing story as Halima nodded to confirm his account. Occasionally, she would jump in to explain things in more detail. When the story turns to her selection as a "kamikaze," she jumps in and says: "Actually, my husband should have gone, but he didn't want to." Anger briefly flares in Halima's eyes, then she seems absent for a moment. 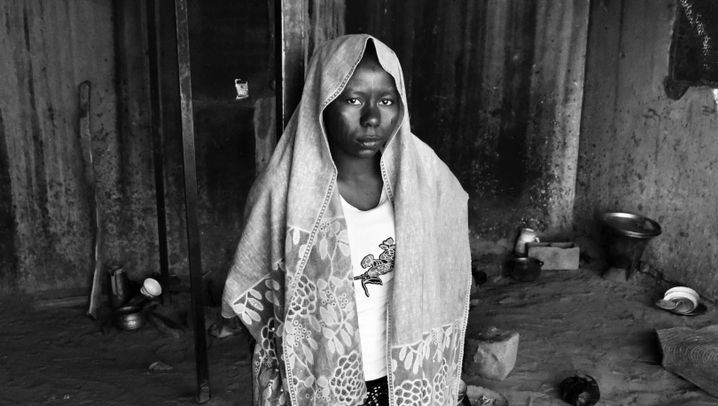 Photo Gallery: 'If You Don't Go, We'll Kill You'

She is profoundly devout, and she was always the first to arrive for the Koran lessons in Nigeria. But then, the marabout -- an Islamic holy man -- told her that she would go straight to Paradise if she became a "kamikaze." Halima, though, didn't believe that a suicide bombing could be the will of God. Still a teenager at the time, she loved life and was quick to laugh.

"If you don't go, we'll kill you," the Boko Haram men told her. On seven different occasions, Halima tried to escape, she says, but she was caught each time. After the last failed attempt, one of the militants told her: If you flee again, we'll slaughter you like an animal."

Then came the day when they were sent out, four men and two other women. Halima had hoped she might be able to use this opportunity to escape, but she and the others were drugged. "It was like I was only half aware of what was going on," she recalls. The explosive devices were packed in knapsacks and bags, Halima was carrying hers in a plastic bag. Some of the others had suicide belts strapped to their bodies.

They traveled that way across the lake toward Chad, an arduous, three-day journey. When sand crunched under the hull, they knew that they had finally reached the mainland. They had been ordered to set off their bombs on market day in Iga, near the small town of Bol. "It was dark when we went ashore in Chad," says Halima, but village guards discovered the group as they tried to make their way forward under the cover of darkness.

"Then they surrounded us," says Halima. At that moment, she was a short distance away from the group, praying. Her plastic bag full of explosives was with the others - who detonated their bombs when they realized they were encircled. Halima was the only one who survived, though the explosion ripped off both her legs. Another member of the group had his head torn off in the blast. None of the villagers died, but some were injured by shrapnel.

Saved by Those She Was Supposed to Kill

The villagers saved Halima, even though she was one of the "kamikazes." She suffered severe blood loss and it's something of a miracle that she managed to survive the first hours after the explosion.

"Many people in Bol today know my story and are good to me," says Halima. She also received support from the United Nations and aid organizations. She gradually had to learn to accept her disabled body, come to terms with what she had experienced and control her emotions.

But the young woman also has a goal. "I'm determined to learn how to read and write well," she says. Humanity & Inclusion staff member Fanjanirina Ratsiferana says: "I met her when she was dragging herself on her stumps to an elementary school for lessons." Now Halima has prostheses and, with support from the United Nations Population Fund (UNPF), is being taught at a small, modest private school. She won't be returning to her home island for the time being.

Very few people on Gomerom Doumou can read and write. "Our village has to develop and engage in trade. It needs a proper school with enough teachers," says Halima during her visit to the island. She knows that only if progress comes to her village will men from there stop joining Boko Haram, women will no longer be abducted, and girls will no longer be married against their will.

Then it's time to go and her old neighbors fetch a donkey cart to help Halima make her way back to the boat. The 20-year-old savors every moment in her home village, and as the boat engine roars, she buries her face in her hands.

The boat picks up speed and eventually, other islands block the view of Gomerom Doumou. Halima lies down on the rough boards at the bottom of the boat and falls asleep, completely exhausted.