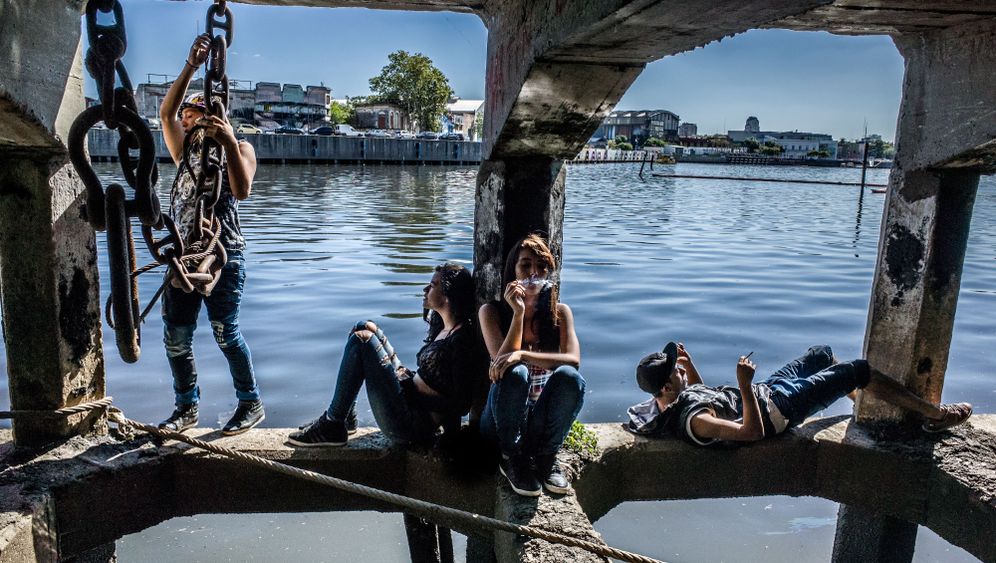 For 20 pesos, the equivalent of 40 euro cents, you can numb your suffering for two minutes. That's what a hit of paco costs in Buenos Aires.

The cheap paste, a by-product of cocaine production, is destructive and highly addictive. It's use is rampant in Buenos Aires, especially in the city's poor barrios.

Isla Maciel is one of those poor quarters, located directly on the Riachuelo River on the outskirts of Buenos Aires. Italian photographer Karl Mancini lived there for three and a half months, spending time there daily with paco-addicted teenagers and documenting their addiction to the drug, which is sometimes called "pasta base."

"Paco is a tragedy," says Mancini, adding that the government isn't doing anything about the terrible situation.

During his election campaign in 2015, now Argentinian President Mauricio Macri ran on a campaign pledge of "zero poverty." But he has been unable to stop the downturn and the country is still mired in a deep economic crisis. More than a third of the population lives below the poverty line.

But Mancini isn't interested in just putting the suffering on display, but also that which gives the teenagers some measure of comfort in their desperation. Love. Their relationships, says the photographer, are the only thing that gives them stability in a place full of suffering, without structure or help from the government.

This photo story is part of a long-term project by Mancini that intends to convey life in Latin American suburbs through the stories of young people.