Khalid Abdel-Hadi, 29, has a stubbly beard, white athletic shoes and a fanny pack slung across his chest. He looks like the epitome of international hip. In Arabic, Khalid means "the eternal one," and the name could hardly be more fitting. Because there are many here in Jordan who would like to see men like him dead.

Homosexuality in the Arab world is still a taboo, seen as a sin, an illness and a perversion. Gay men and women live a life of secrecy, unable to be open about their sexual orientation on the street. Pride parades are unthinkable and hardly anyone seeks to protect their rights.

Khalid Abdel-Hadi, though, is one of those who does. He is the first whose coming out is being openly discussed in Jordan. And he is also the publisher of My.Kali, the first LGBT magazine in Arabic.

We spoke with Abdel-Hadi on the roof of a residential building in Amman, a low, sandstone-colored building of the kind seen all over the city, complete with a water tank and clotheslines on the roof. He says he would never dare to fly a rainbow flag from his balcony. "I don't want any problems with my neighbors or visits from the yellow press or even the police," he says.

Thousands of Readers Each Month

My.Kali now has more than 15,000 readers per month, with many, many more -- around 100,000 -- accessing the magazine each month via social media. The publication is produced by around 30 photographers, artists, writers, graphic artists and fashion designers, with the team scattered across the globe, all communicating via Skype. Every two months, they post a new issue on the internet and promote it on Twitter, Instagram and Facebook, as well as on Grindr, a gay dating app.

My.Kali doesn't shy away from anything. It addresses issues beyond those pertaining to gays and lesbians. The magazine discusses people who feel like they are a member of the opposite sex and have their breasts removed. It reports on feminists who criticize patriarchal structures. Artists are profiled, as are designers and musicians. There are fashion shoots in which women wear beards and men wear heels. In Jordan, Qatar and the Gaza Strip, officials have blocked the magazine.

Officially, homosexuality is not banned in the Kingdom of Jordan. "There are no laws that penalize homosexuality," says Abdel-Hadi, "but it's not completely legal either." There are still conservative religious laws in effect that can be applied extremely harshly by judges. This likely has the support of the population. In a 2013 survey conducted by the Pew Research Center, 97 percent of Jordanian respondents answered "no" to the question as to whether society should accept homosexuality.

From the rooftop where Abdel-Hadi tells his story, you can look down on the dusty street lined with palm trees, glass high-rise office buildings looming behind them. Evening rush-hour traffic honks past. Along with the Lebanese capital of Beirut, Amman is considered one of the very few cities in the region with an LGBT scene, though it is one more often overlooked than tolerated.

There are a handful of bars where women can get to know women and men can meet men. And as long as they reserve their intimacy for the privacy of their own homes, the police tend to leave them alone. But that's not enough for Abdel-Hadi. He thinks gays and lesbians need visible role models that send the message: "You are OK just the way you are."

He didn't have that, says Abdel-Hadi, when he was confronting perhaps the most difficult decision of his life: Should he continue to hide? Should he protect his family? Or does he dare to come out because otherwise, nothing will change? He decided to take the risk.

In 2007, when he was just 17, he published the first issue of My.Kali. It contained 12 articles in English, all written by four friends of his who were also still teenagers. They didn't have a copyeditor at the time and the issue is full of spelling and grammar mistakes. They also didn't have any money to print the magazine, so they burned it onto CDs. A shirtless, smooth-faced Khalid Abdel-Hadi himself was on the first cover, staring into the camera.

The period when he launched My.Kali wasn't an easy one for Abdel-Hadi. He was bullied at school for being more feminine than the other boys and he remembers his religion teacher telling the class that many beautiful women were waiting for them in Paradise. "I went to the restroom and cried," he says. Other teachers would ask him in front of the entire class: "Why do you behave like a girl?"

And then came the day when he came out to his mother. "I like men," Abdel-Hadi told her, because he didn't yet know the word "gay." "Nonsense," came the reply from his mother, "you are just yearning for a father figure."

"I had the feeling that I was speaking a different language than my family," Abdel-Hadi says as darkness slowly falls over the rooftop in Amman. He lights some incense sticks and gets himself a cup of tea. Alcohol, drugs, parties: Not his thing, he says.

It may not exactly seem consistent with his story, but Abdel-Hadi says that he doesn't like being in the center of attention and he gets nervous speaking in front of a crowd. He says online dating never interested him. Abdel-Hadi is completing an art residency in Paris and commutes frequently back-and-forth between the French and Jordanian capitals -- from a world in which gays and lesbians can marry and have children to a world full of taboos and prohibitions.

Still, says Abdel-Hadi, he doesn't behave much differently in Paris than he does in Amman. Neither here nor there is he interested in wrapping himself in the rainbow flag, saying he doesn't really identify with it. "It boxes and labels us," he says. His magazine, he adds, is intent on showing diversity and not confirming stereotypes. "My parents, for example, thought that all gay men wear high-heels and glittery dresses," he says.

His parents only opened up to the idea of homosexuality through his coming out, Abdel-Hadi says, and My.Kali is trying to transfer the experience his parents went through to an entire generation of young people in the Arab world. One of the ways the magazine sought to do so was by collecting the prejudices one most frequently encounters on the internet -- "Homosexuality is a disease," "Gays are pedophiles," "Homosexuality can be cured," or "Homosexuality is a Western import" -- and rebutting them in an article. "Even today," says Abdel-Hadi, "it remains one of the most-read articles on our website."

In the first years of its publication, My.Kali appeared only in English, but since 2016, the online magazine also publishes Arabic-language articles. Indeed, that was the moment when traffic to the website skyrocketed. "There is apparently a large demand for the issues that we address," says Abdel-Hadi.

It wasn't just those interested in the issue who ended up reading the stories, though, but also the parliamentarian Dima Tahboub from the Islamic Action Front party, a political offshoot of the Muslim Brotherhood in Jordan. She filed a complaint with the Media Commission of Jordan and My.Kali has been blocked in the country ever since.

Abdel-Hadi, though, didn't let that stop him and simply moved My.Kali to a different web address. Jordanian users can still access the magazine by clicking on a special link shared via social media.

And My.Kali is no longer purely an LGBT magazine anymore, says Abdel-Hadi. It is now meant to provide a space for all those who feel excluded by society because they stand up to the religious and cultural mainstream. And because they are different. 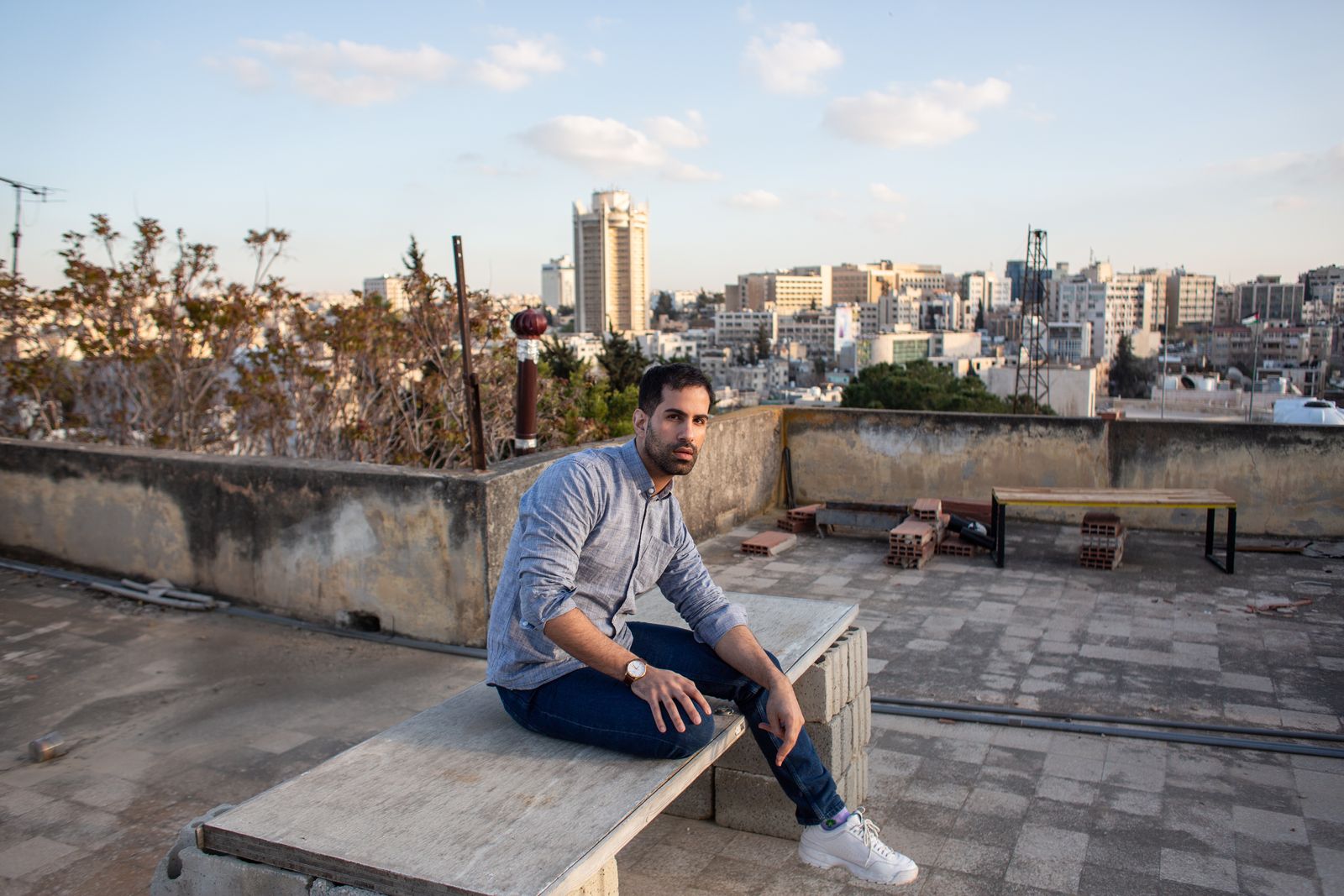 Khaled Abdul-Hadi: "I had the feeling that I was speaking a different language than my family." 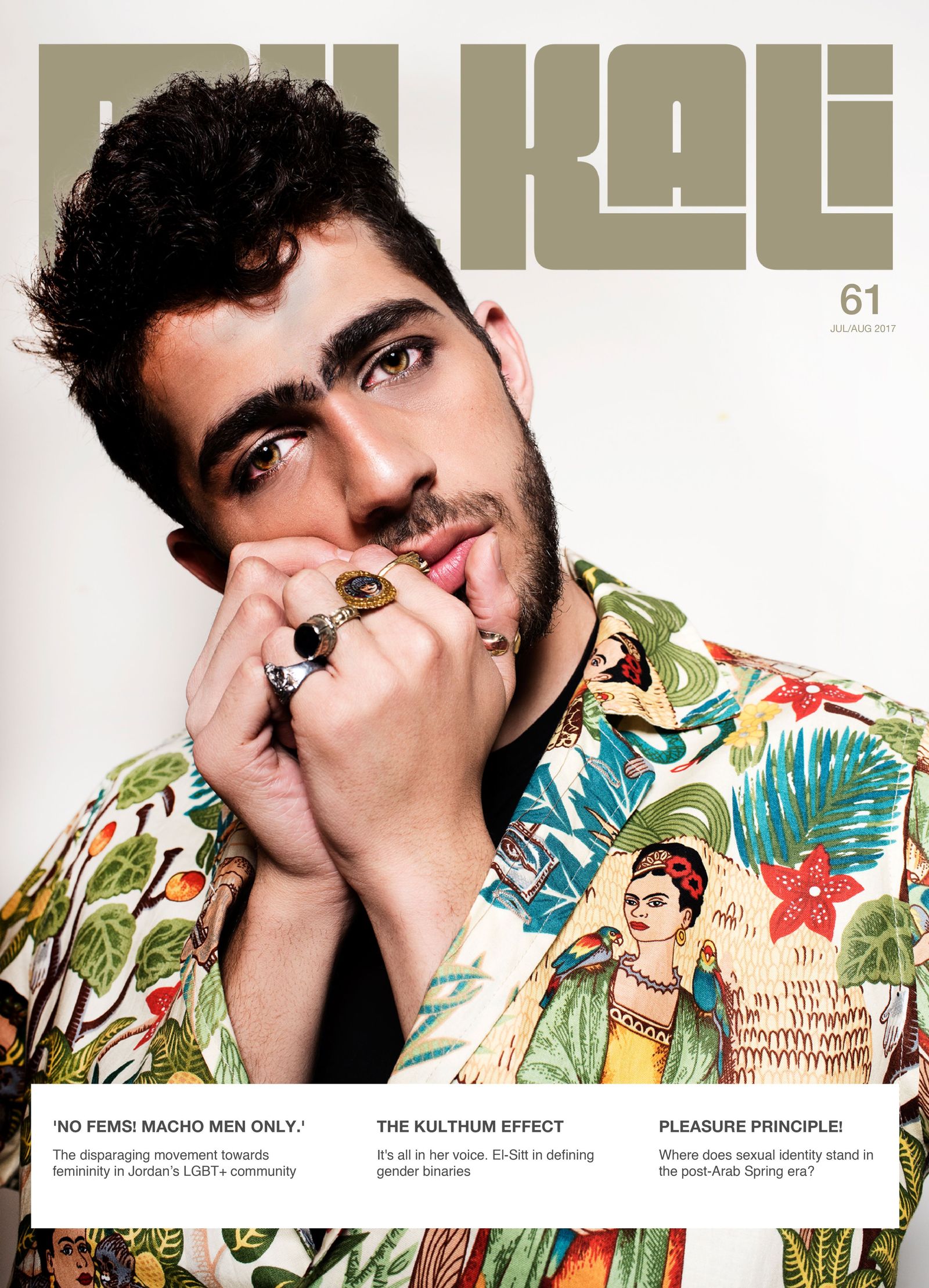 Cover of My.Kali. Click on the image to see the entire cover. 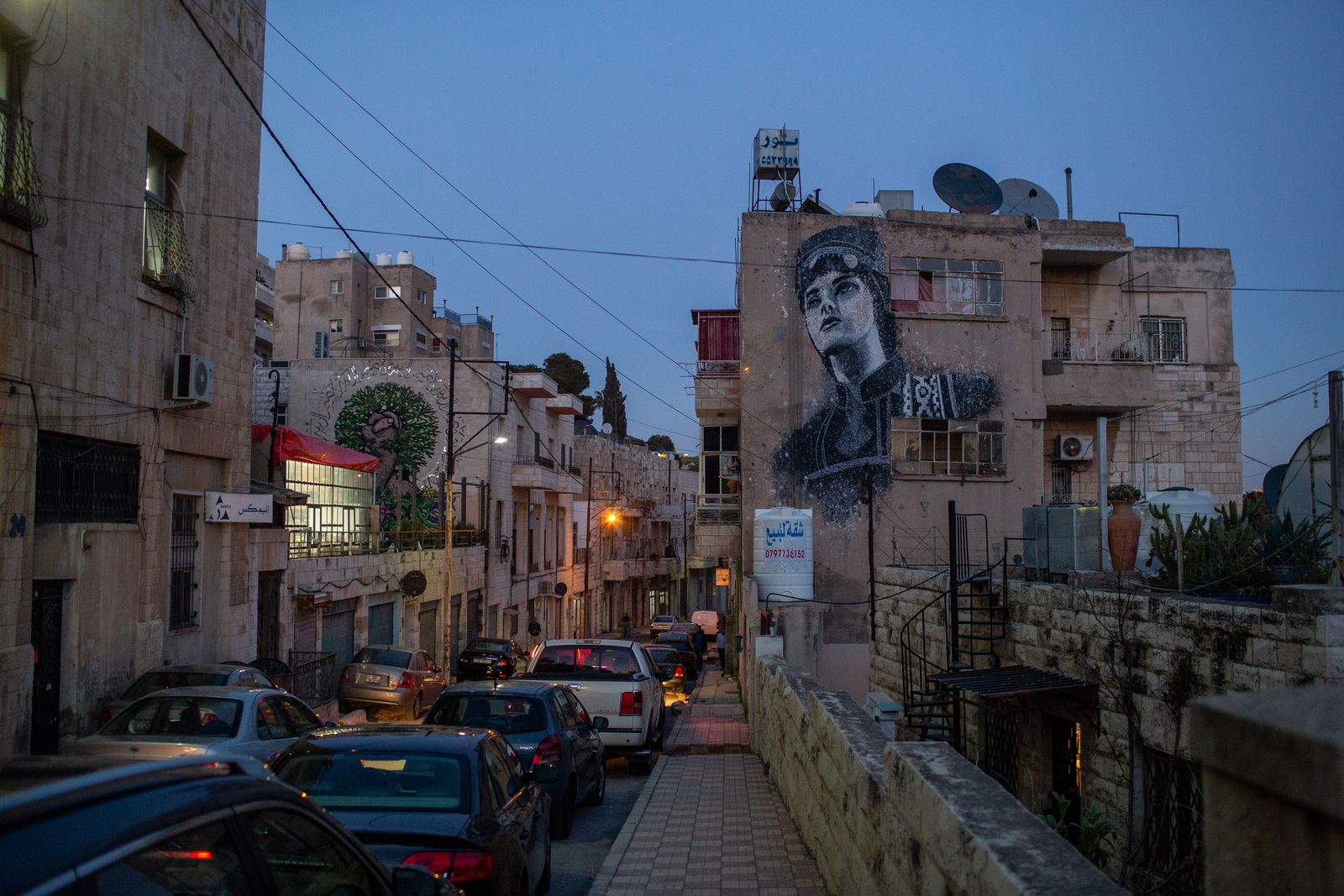 Many young people in Amman still live with their parents and have no private sphere. 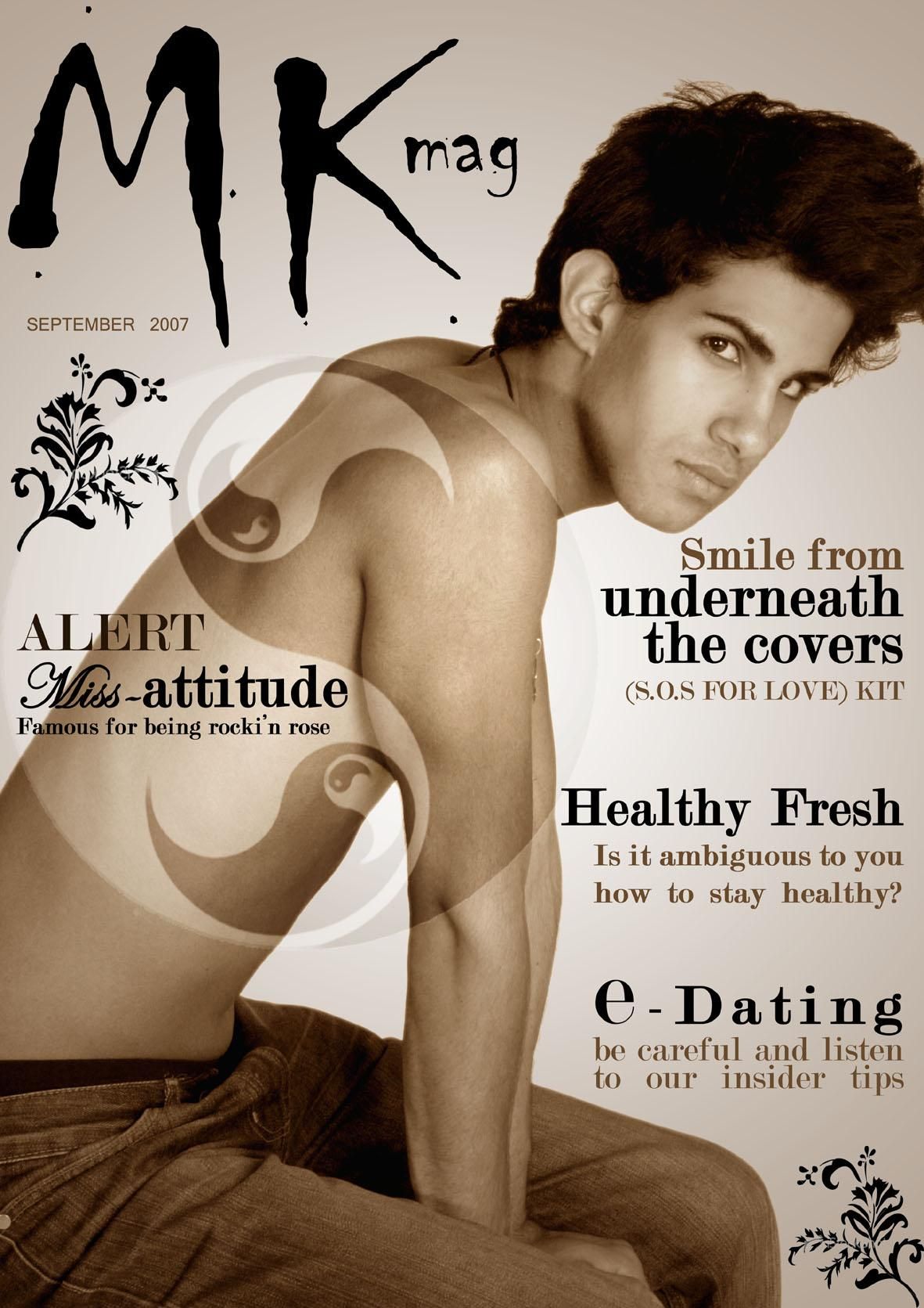 The first cover of My.Kali 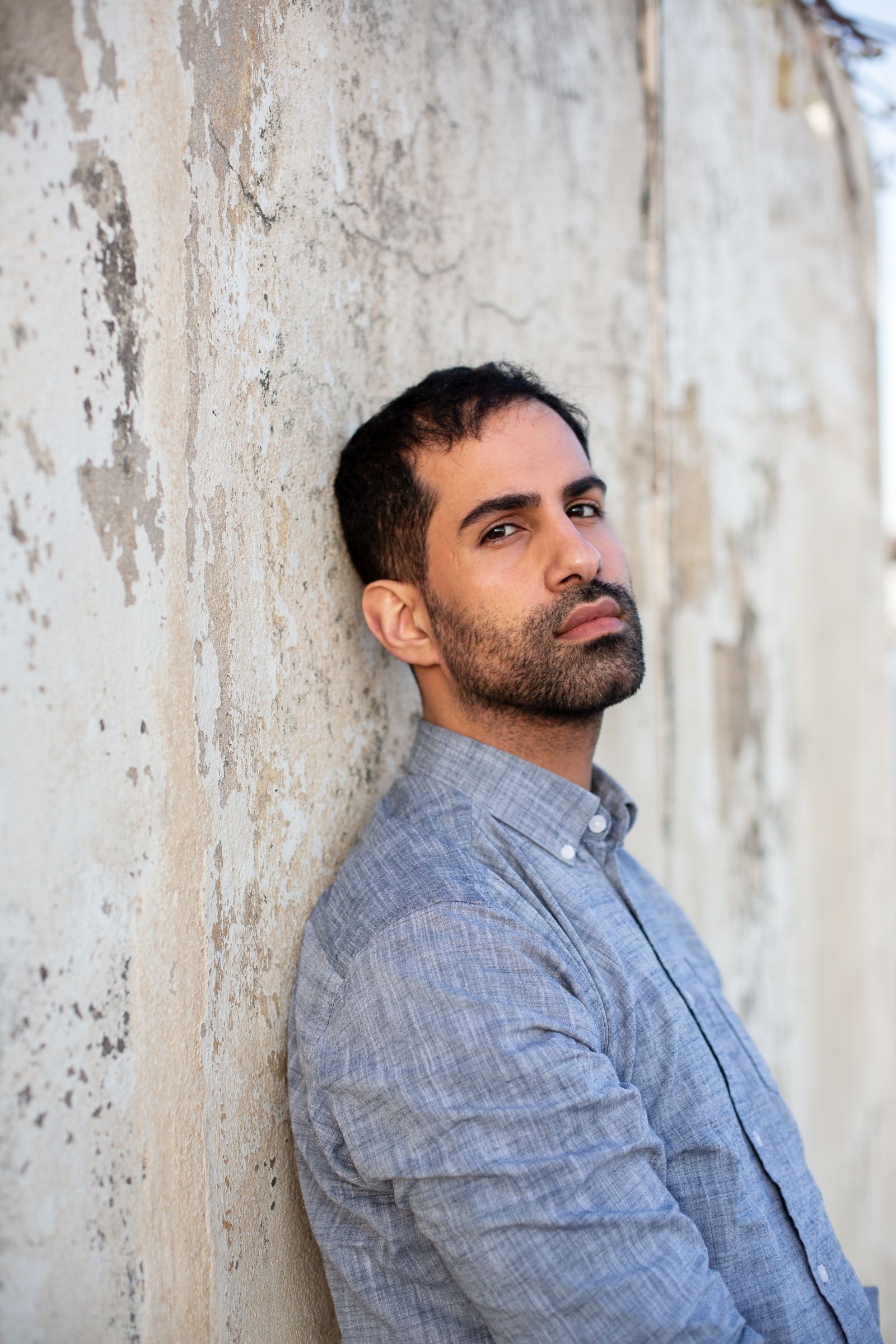 Khalid Abdel-Hadi: "There is apparently a large demand for the issues that we address." 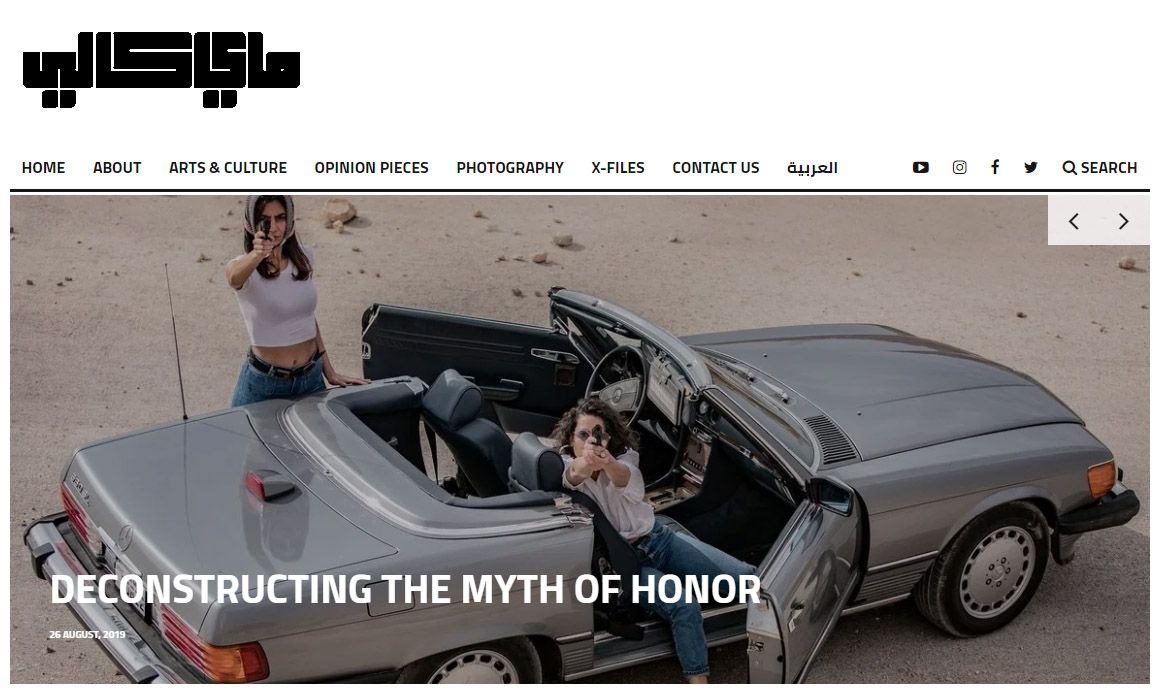 A screenshot of the English version of My.Kali.