This is the beginner's course and most attendees barely speak any German yet, but they already know quite a few words that will be helpful to them later, like "diploma," "desired salary" and "job application." Or they read sentences out loud, like: "Mr. Kindler would like to work in a garage as a mechanic."

Josip Strkalj is sitting in the second row and concentrating on his class materials. The 24-year-old received his university degree in occupational safety engineering last year and is now eager to learn German. His goal is to emigrate to Germany, possibly as soon as just a few months from now. His girlfriend already lives there, in the city of Ulm. "No one pays attention to any rules in our country," he says. "I like Germany. I like that everything has its place and everything is predictable."

Dragana Crnoja and her colleague Tarik Zjajo teach evening German classes for adults at the vocational school in Jajce, a town in central Bosnia. The classes, which take place several times a week, are extremely popular -- because many from the town and the surrounding villages hope to emigrate to Germany or Austria.

It's a phenomenon that is common across the entire Western Balkans region. In recent years, countries like Bosnia-Herzegovina, Serbia, Macedonia and Albania have been experiencing one of the biggest peacetime exoduses they have ever seen. The poor economy is driving people away, but it is also fueled by a widespread feeling that the future doesn't look bright either.

Salaries That Would Be Unthinkable at Home

Across the region, governments are corrupt and poorly run. All the countries in the region want to join the EU, but Brussels is currently experiencing expansion fatigue. So if Europe won't come to the Balkans, then the people of the Balkans will have to go to Europe. Germany and other EU member states are urgently in need of nurses, caregivers, computer scientists and skilled tradespeople, and they offer salaries that are far higher than in the Balkans.

Crnoja, 38, enjoys teaching, but she has mixed feelings about the course she offers. "More and more children are disappearing from public schools because their parents are leaving the country," she says. "Meanwhile, more and more people are coming to my evening German courses. I'm not really pleased about that."

Because of the lure of the West, many rural areas in the Western Balkans have become depopulated. Small towns are desolate, whole villages have emptied, some primary schools have only six or seven pupils, houses are falling apart and streets and public buildings have crumbled into disrepair.

The same is true of Jajce and its surroundings. The town was the seat of Bosnian kings in the Middle Ages, it was one of the most popular tourist destinations in the region when its was part of the former Yugoslavia and also one of the most hard-fought places during the Bosnian war. Of the more than 45,000 inhabitants who lived in the municipality of Jajce in 1991, only around 27,000 still reside there today, at least on paper. The real number of inhabitants is likely far lower.

Strkalj lives with his parents and two sisters in a large home surrounded by a number of empty buildings. His father, Ivica Strkalj, a locksmith by trade, suffered a serious shoulder injury as a soldier and fled to Sweden together with his wife in 1994, which is where Josip was born. Driven by homesickness, his parents moved back to Jajce after the war. With the war having left him partly disabled, he was granted a pension and also worked for many years on the side at a gas station. His mother works as a cook in a hotel.

Ivica Strkalj, 50, has never regretted his decision to return. He has a bond with his home village. At the same time, he adds: "This isn't the country I fought for. It doesn't make it possible for our children, to live a decent life, even if they have a good university degree." For many jobs, it is necessary to have connections or membership in a political party. "Politics is involved everywhere. Otherwise, you have to pay bribes. That's why I can understand why Josip wants to leave."

Josip Strkalj graduated as an engineer last year and has been working as an intern for a private metal processing company in Jajce since then. If he's extremely lucky, he might get hired by the company when his internship ends in the fall. But there's no chance he'll get a job elsewhere in the area, like the local power plant. "That requires connections," he says.

He has looked around for job opportunities in southern Germany and visited relatives in Stuttgart as well as his girlfriend Valentina in Ulm, who works at an ice cream parlor in the city. His goal now is to get his German to the "C2" level, the "Great German Language Diploma," so he can get a job in Germany as an occupational safety engineer.

The region around Jajce has a number of different faces, and the contrast between decay and progress can be stark. Many emigrants take the money they earn abroad to build large homes back in the Balkans with terraces, garages and long driveways. They only live in the homes once or twice a year, although it's possible they will return here to retire.

In the village of Podmilacje, only 100 of the original 700 residents are still here. Once a year, thousands of Catholics flock to the pilgrimage church in the village. But all around it, shrubbery covers abandoned homes, whose windows were only half-heartedly nailed shut years before. It's a place of silent and eerie decay.

Slavko and Kata Tankuljic live with their two children Ivan and Lucia at the very end of the village on a wide hill. Their old home was destroyed in the war and they built a new one once the violence ended. It's an idyllic property, with a large orchard, its own mineral water spring and a fantastic view of the valley.

Ivan Tankuljic, their 20-year-old son, likes living here. He's a professional football player for a club in Jajce that plays in Bosnia-Herzegovina's second division. He's been to Germany a lot and he tends to get homesick there very quickly. He finds Germany to be "too regulated," with a lack of spontaneity. Still, he'll likely head for Munich, where he wants to try to get signed by the professional football club TSV 1860.

But she doesn't believe him. "That's what young people always say." 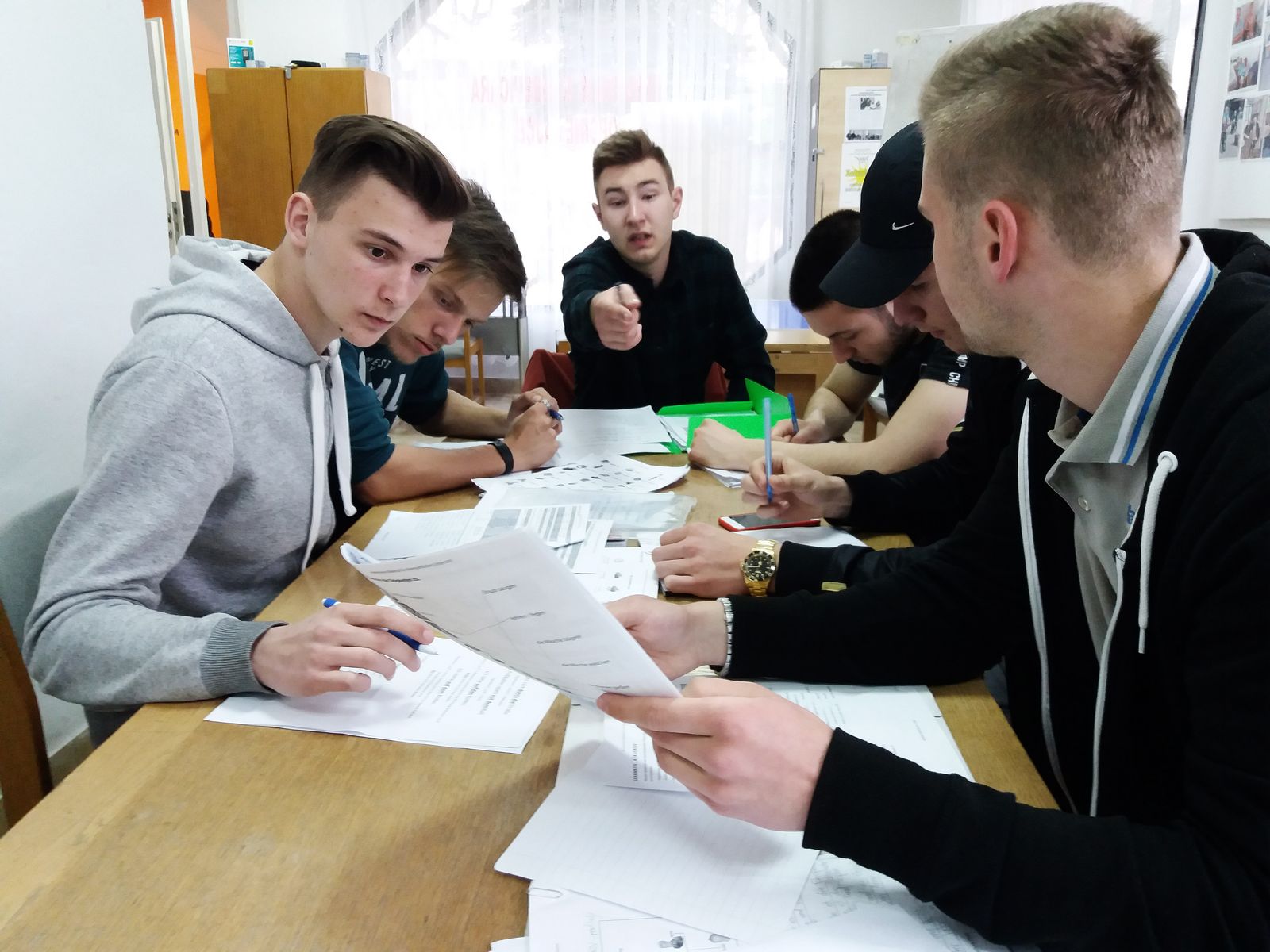 Young men learning German in the city of Jajce, Bosnia, as they prepare to move to a German-speaking country. 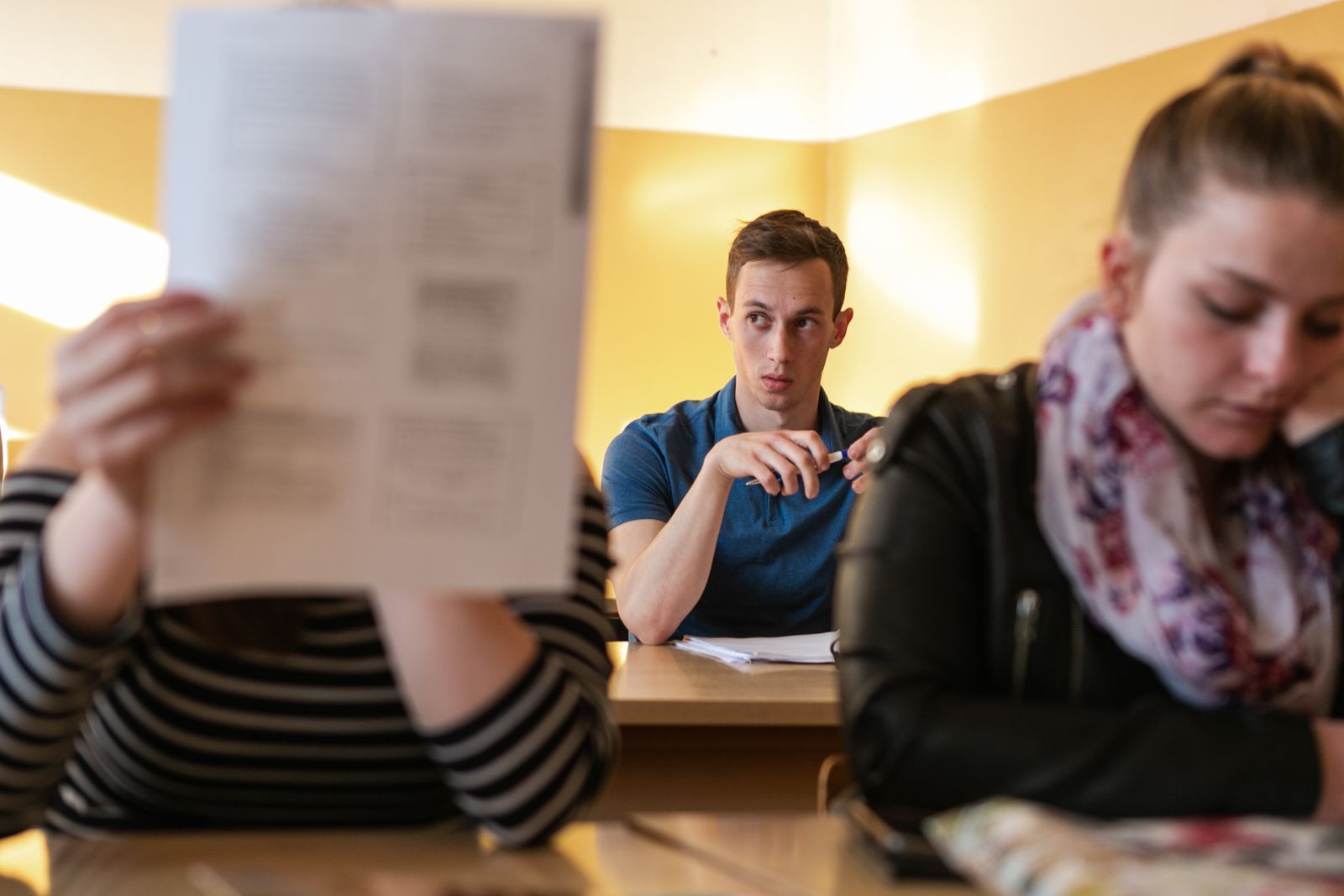 Josip Strkalj attending class: He will have to get his German to the "C2" level in order to get a job in Germany as an occupational safety engineer. 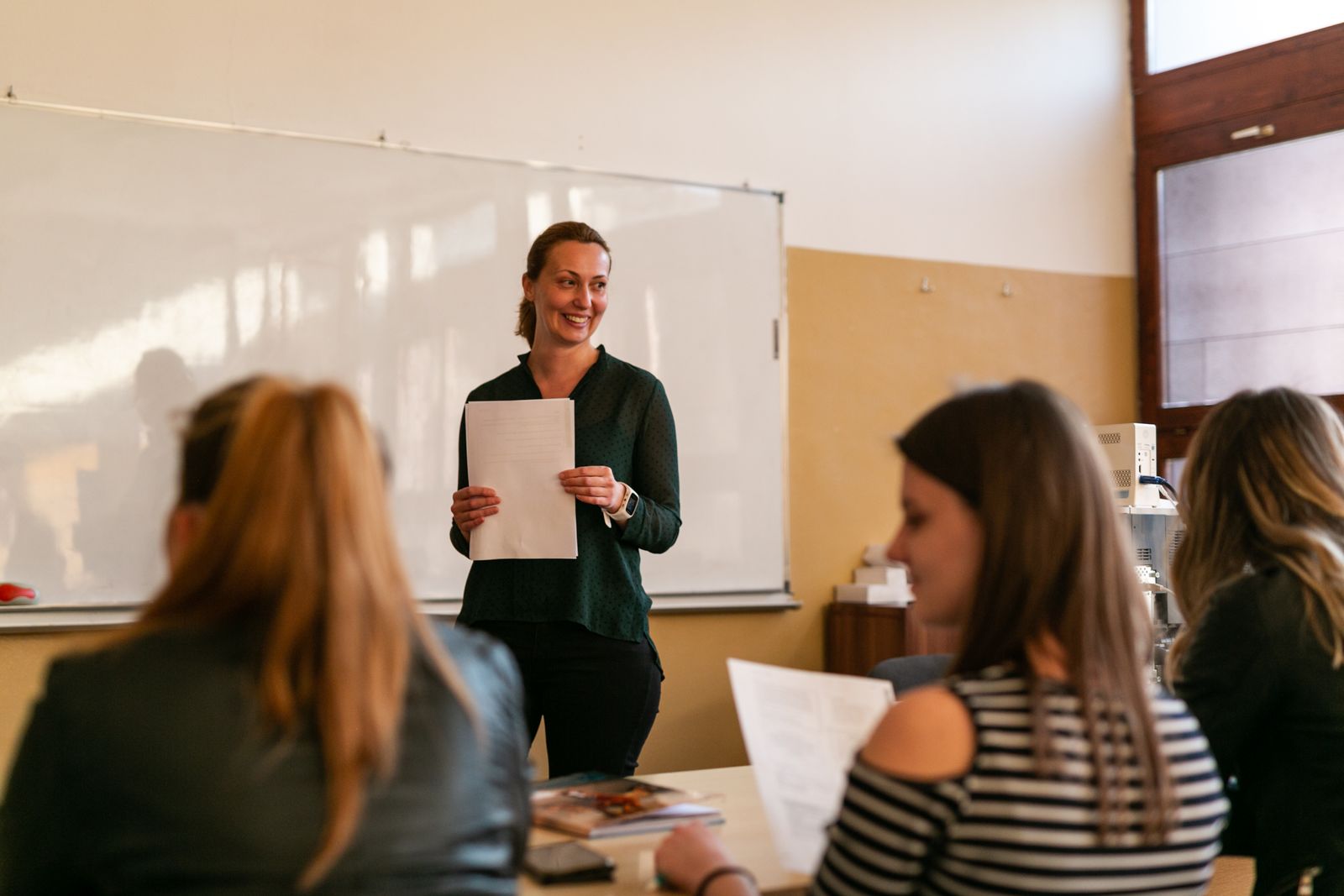 Dragana Crnoja in front of her class: With a growing number of people leaving, Jajce is shrinking. 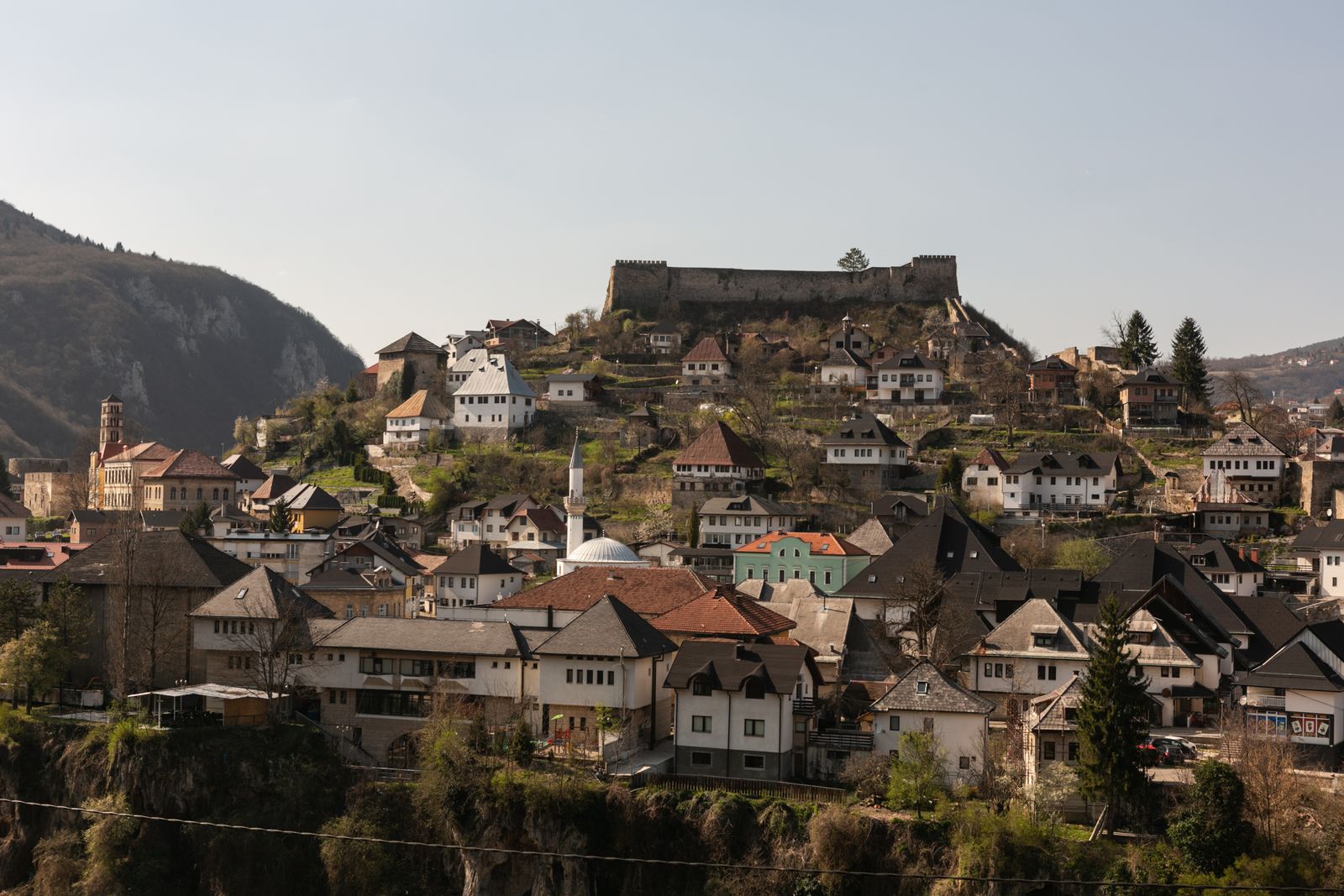 The town of Jajce in Bosnia 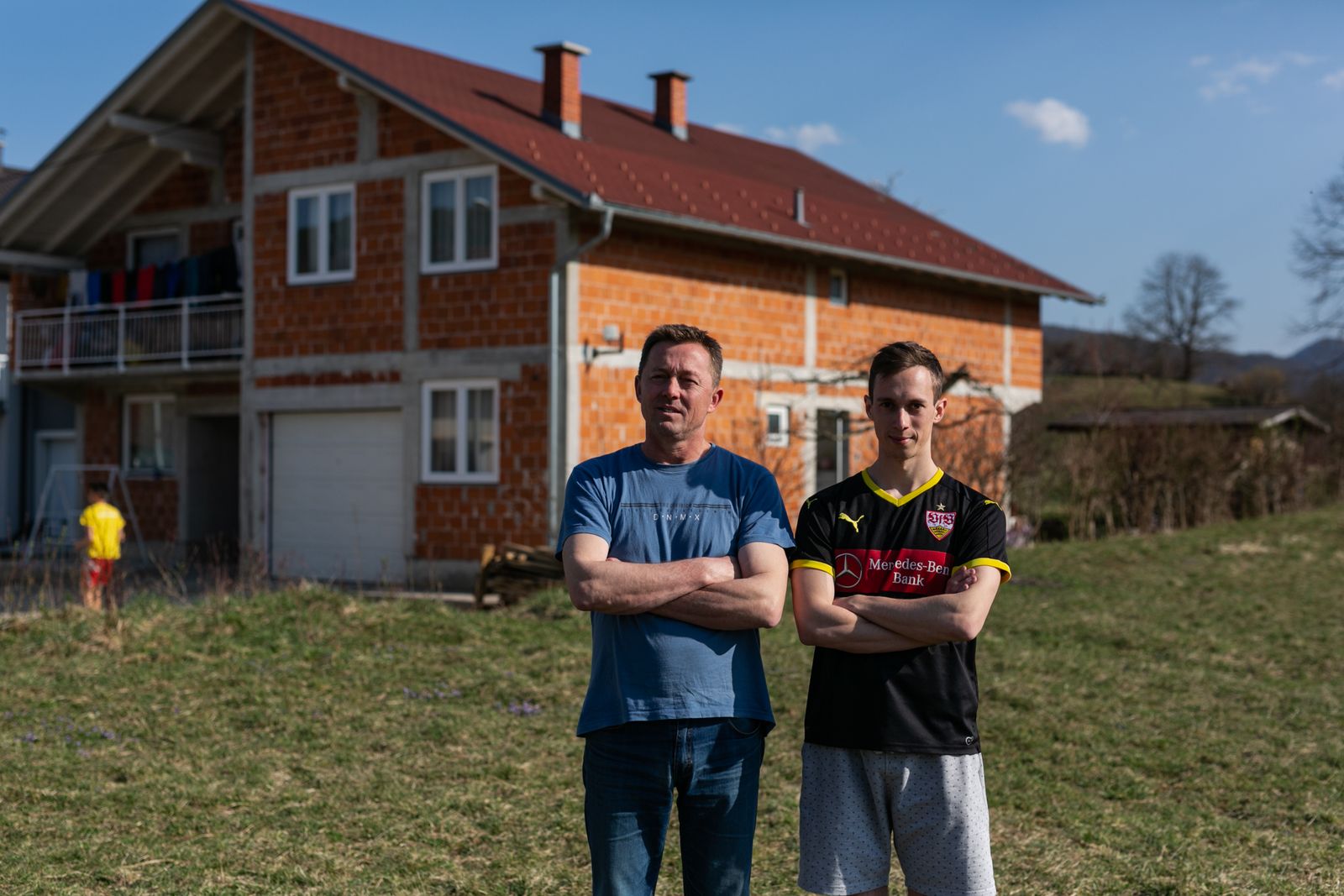 Josip Strkalj (right) and his father Ivica Strkalj, who once had to flee to Sweden because of the Bosnian war. 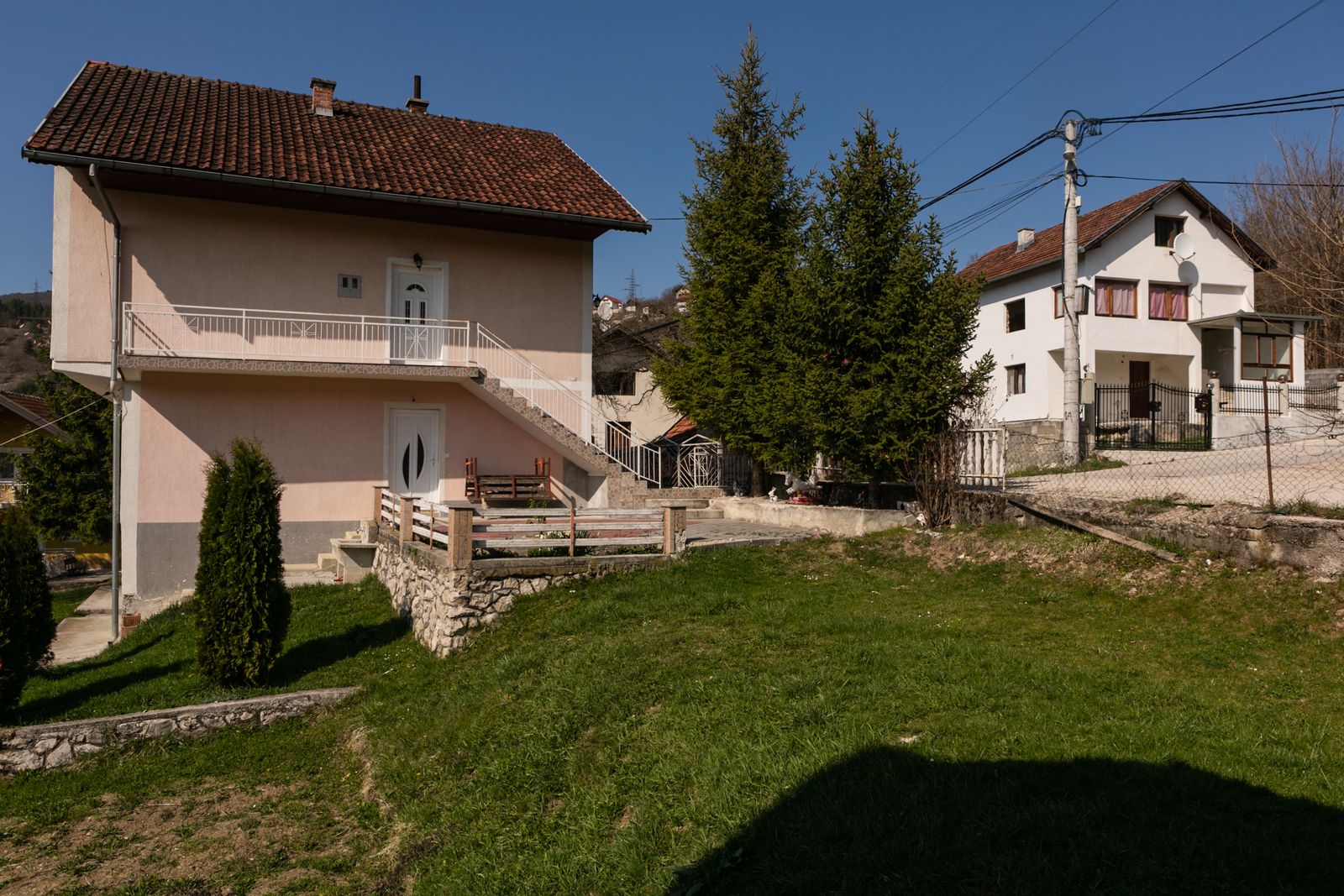 An eerie sight: Empty homes in the village of Podmilacje near Jajce. 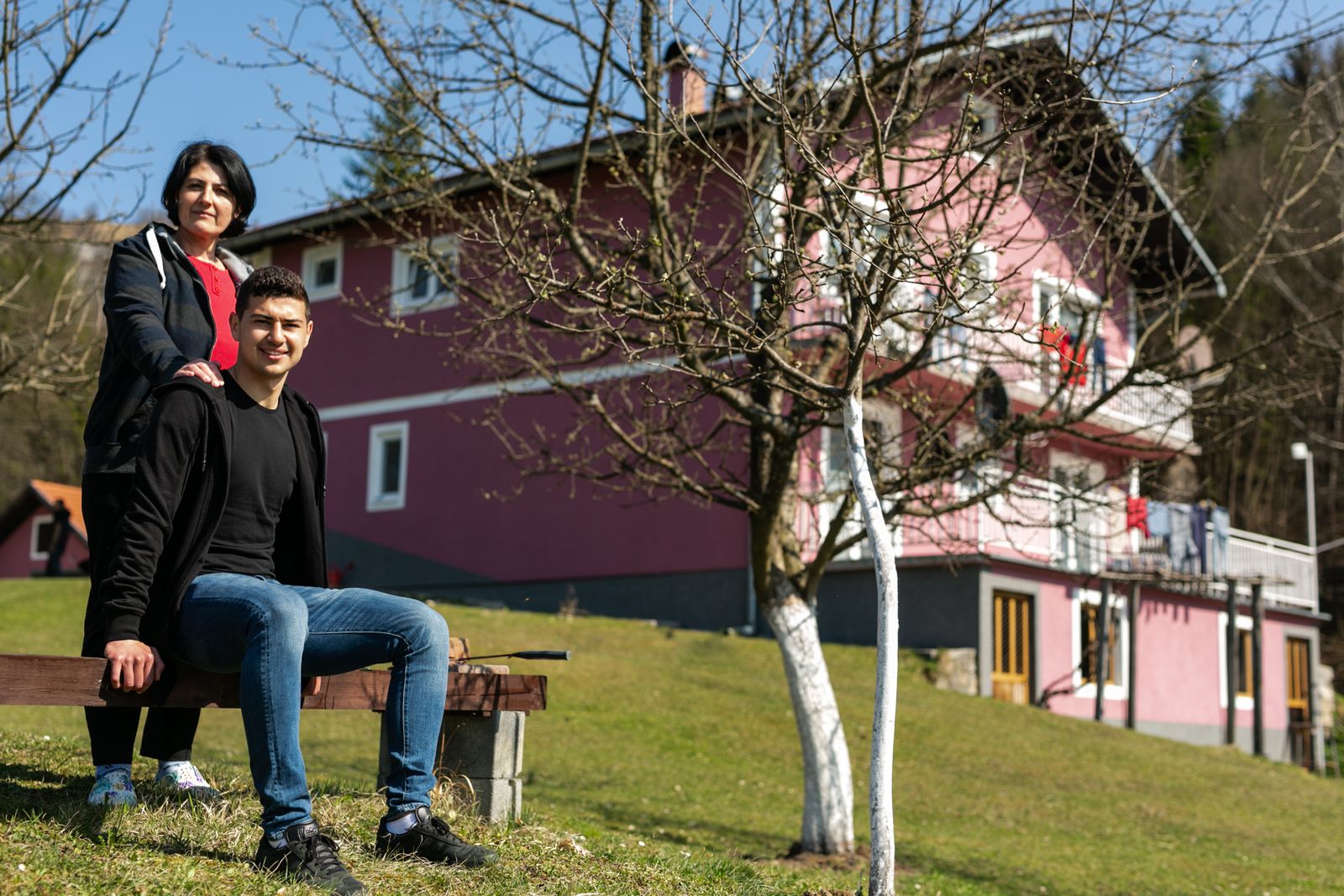 Kata Tankuljic with her son Ivan and the family home in the background. Ivan, too, would like to leave Bosnia -- at least for a while.